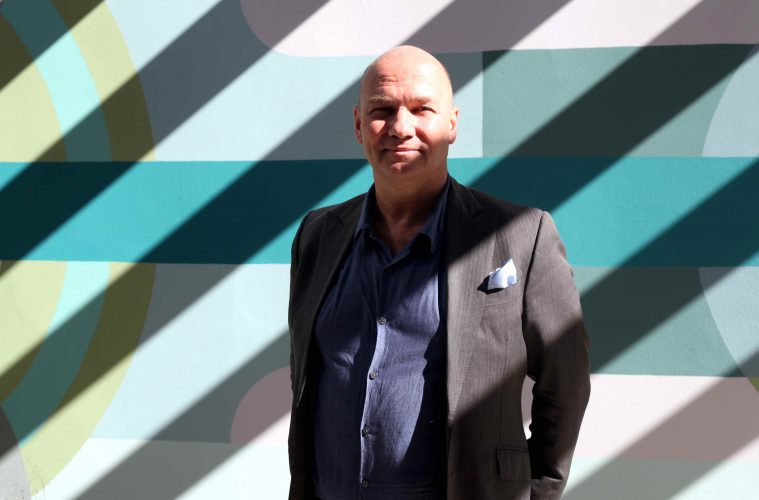 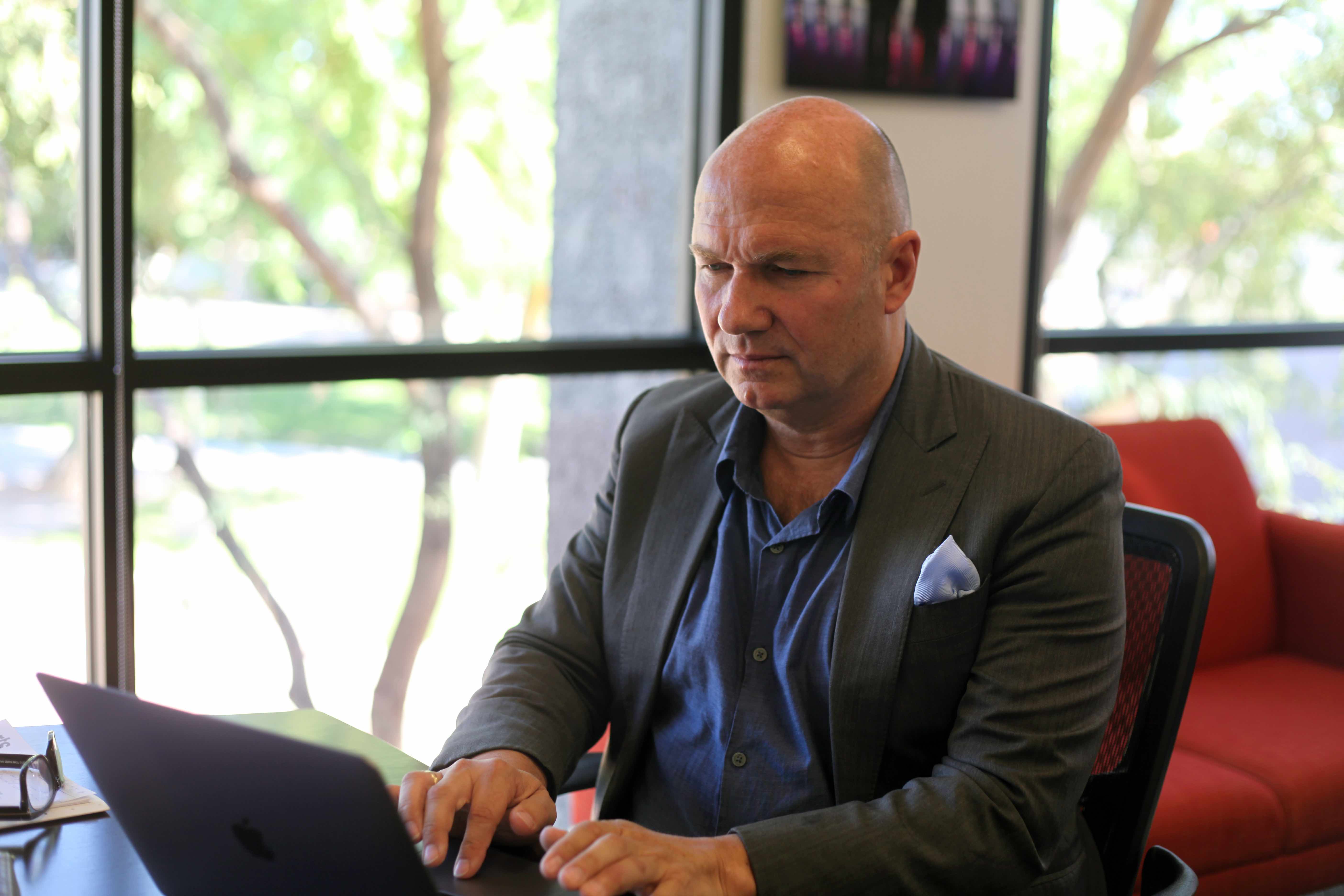 “The Sex Pistols were just as important to me as Stravinsky,” Gerd Wuestemann clarifies with easy confidence as we talk inside his second-story office. “I love Giotto just as much as I love Gerhard Richter.” Wuestemann’s taste in art and music is expansive. However, when it comes to his vision, he is laser-focused.

Most CEOs of large organizations are usually unseen, only to come out during board meetings or lavish galas. Wuestemann is distinctly different. His is approachable and very much a man of the people. Since his appointment, Wuestemann has been traveling all over the Phoenix metro area meeting with stakeholders within the arts and culture community. “I think a big part of my job is to be a connector to the community,” he said. “I made it a very conscientious choice and a very strategic point to go out and meet with as many people as quickly as I can, and have significant conversations with them and really try to build and sometimes rebuild relationships.” 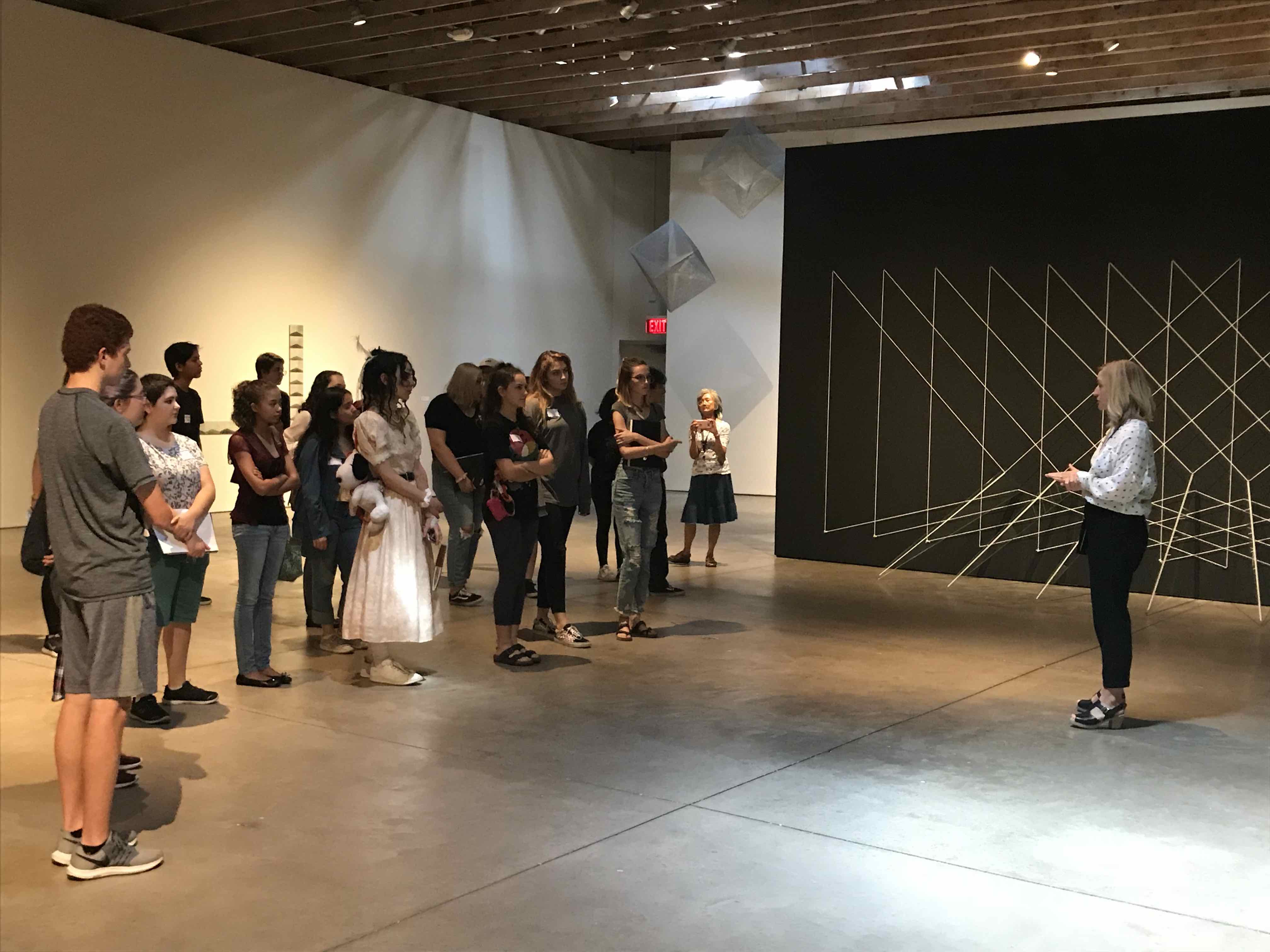 “Also, I’m a newcomer to this community,” Wuestermann said. “I need to learn who the people are, who I want to work with, and so it is in our best interest to connect with as many people as possible. That includes donors and sponsors, but it certainly includes the artists and the art scene, my peers and so forth.”

Wuestemann grew up in the small German town of Eschwege. He comes from a working-class family that’s lived in the same area for generations. No one in his family had finished high school, let alone attended college. Despite these circumstances, he was exposed to a wide array of cultural experiences early on. His town was only 35 miles from Kassel, where the world’s biggest contemporary art exhibit, Documenta, is held every five years. This would have a lasting impression on how he views the arts.

But appreciating art would pale in comparison to creating art, starting when Wuestemann got a hold of his first guitar. “My life changed when I was five years old and I got a guitar in my hand,” he said. “It was a classical guitar with nylon strings and wide neck, and I absolutely fell in love with it. I started taking lessons in Kassel at the conservatory there. At age 11, I won a big international competition and so when I was 12, I had my first agent and I started playing professionally. It really changed my life because it made me move on from my family roots.” 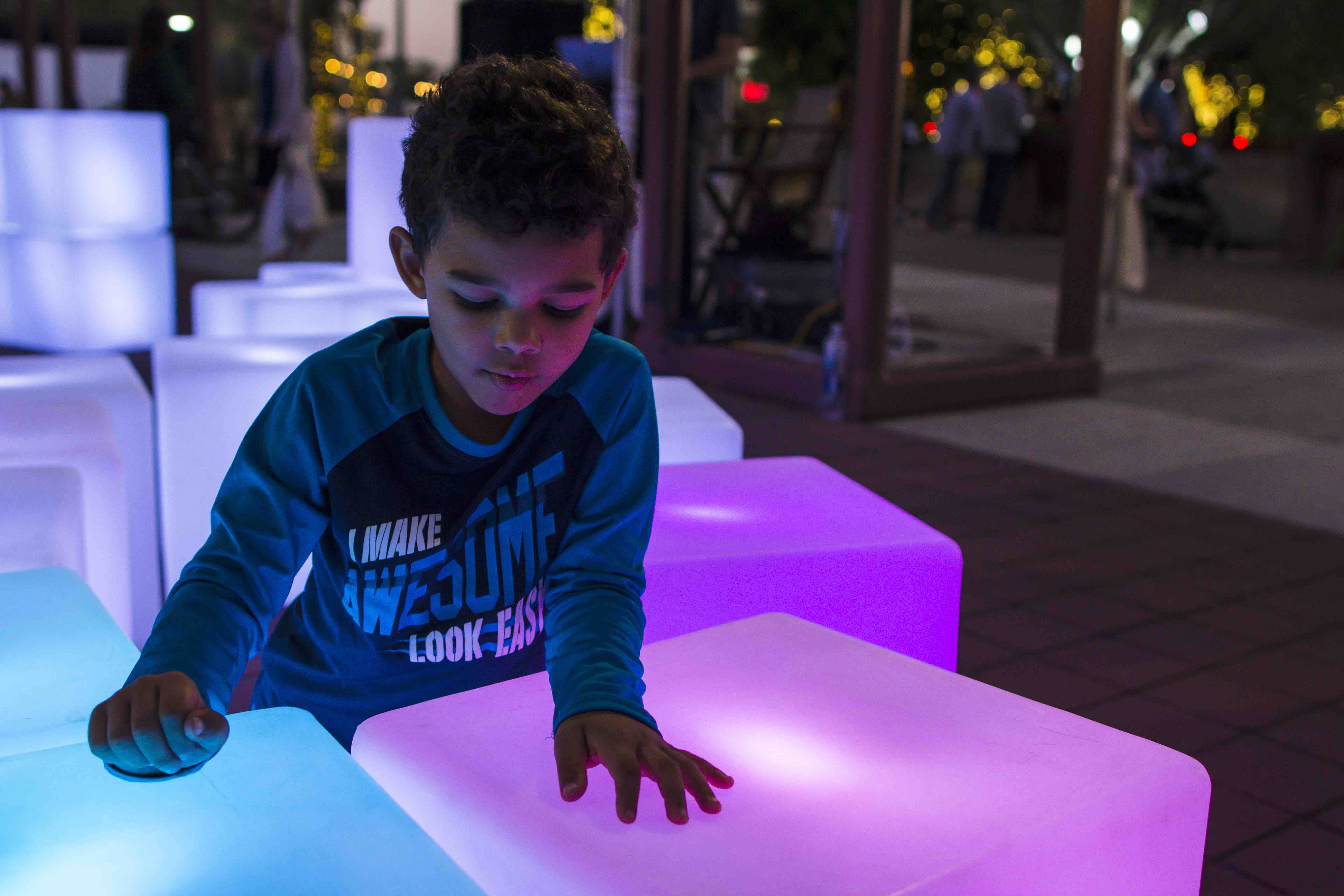 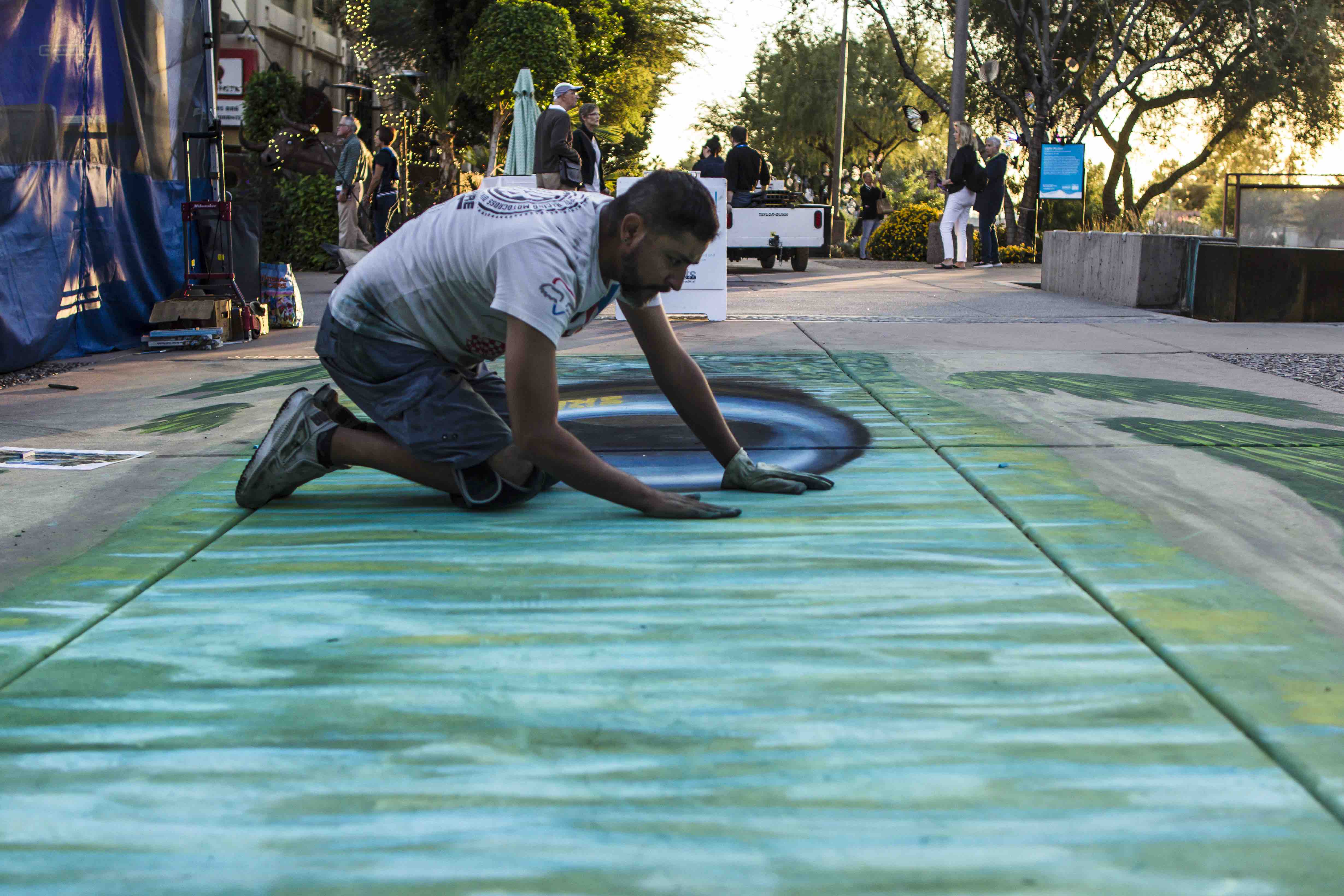 Wuestemann would go on to earn a master’s degree in guitar performance from the Music Conservatory of Frankfurt and then come to the U.S. to do postgraduate work at Julliard in New York City. He earned an additional master’s degree from the San Francisco Conservatory of Music and then headed to the Southwest to attend the University of Arizona. “I spent three years in Tucson and did my doctorate of musical arts there,” he said. “I absolutely fell in love with the desert. I think this is a really amazing and very special place. I have a great love for Arizona.”

As much as Wuestemann loved the desert, he would not stay long. Soon after earning his doctorate, he relocated to Louisiana, where he had been hired to build the guitar program at the University of Louisiana at Lafayette. After five years or so, Wuestemann felt he had accomplished all he could and turned his focus to touring and recording music more extensively. “At the time, my performance career had really taken off,” he said. “I was playing a hundred concerts a year or so. I toured exclusively for a couple of years and made a lot of recordings. And then I had some bad luck accidents. I slipped and fell and shattered my left wrist. This is probably the worst thing that could happen to a guitarist.” 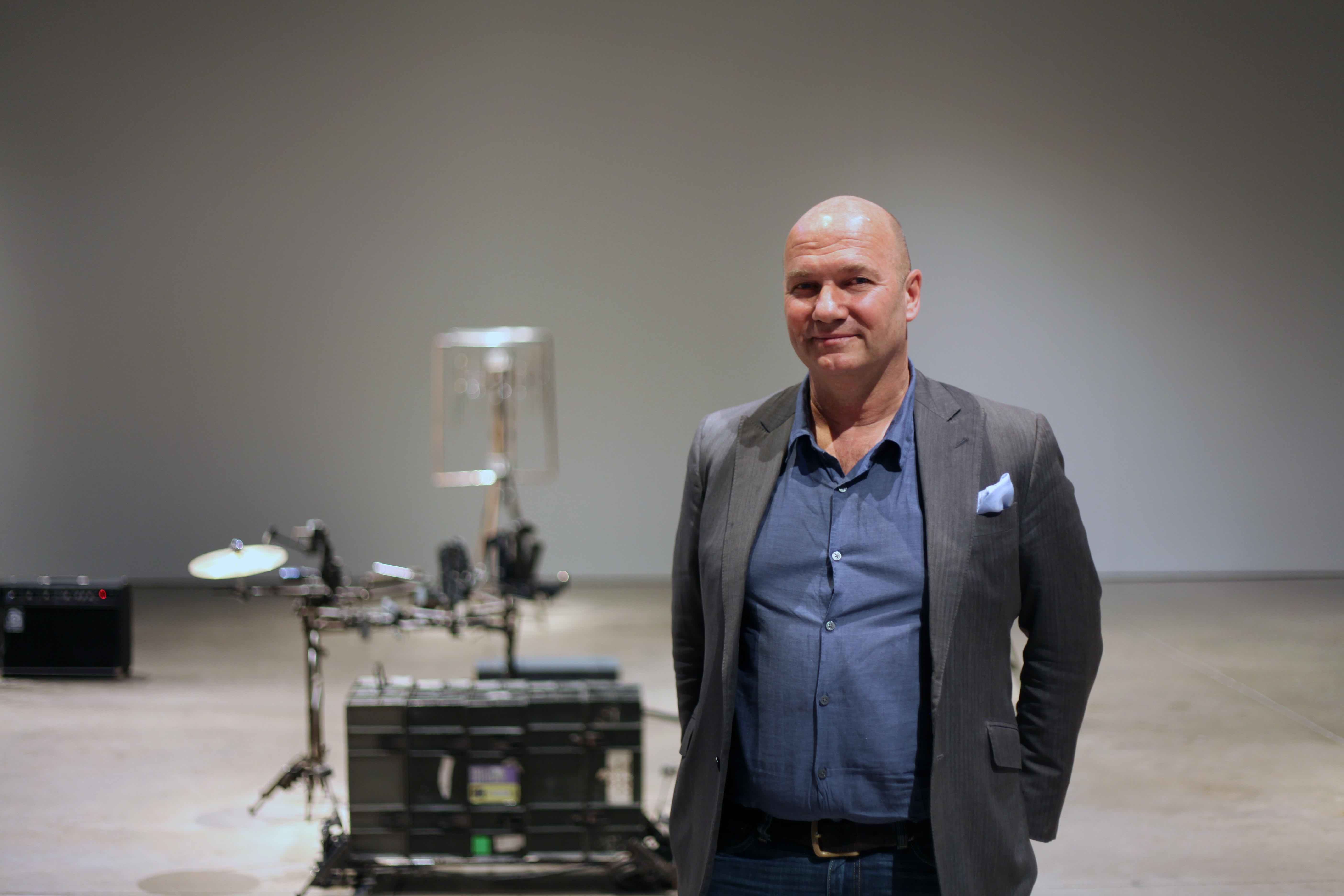 An additional shoulder injury would derail Wuestemann’s musical career completely. He had to make the hard decision to end his musical ambitions and pursue other interests. His knowledge in musical instruments helped him team up with partners as he transitioned into an entrepreneurial venture producing carbon fiber guitars. From this experience he began learning how to manage a complex organization. “I’d lived my whole life in the arts as a performer. As a classical guitarist, you’re a soloist, so it’s very single-minded focus,” he said. “But creating this company with partners and building a team of workers on staff was an amazing experience.”

This foray into the entrepreneurial realm helped Wuestemann immensely, as he would return to the arts in the nonprofit sector. Before joining Scottsdale Arts, he gained years of experience transforming the Acadiana Center for the Arts in Lafayette into one of the largest arts organizations in Louisiana. More significantly, he met his wife, CeCe Cole, during his tenure.

“My wife is a very fine visual artist,” he said. “She is originally from Louisiana. She moved here with me and is carving out her own path. As she is exploring and getting to know the art scene in Phoenix, we both are impressed with the extraordinary level of quality work that happens here. We both felt that the visual arts here have been underrepresented from a national perspective. I think Phoenix is one of the best-kept secrets when it comes to visual arts.” 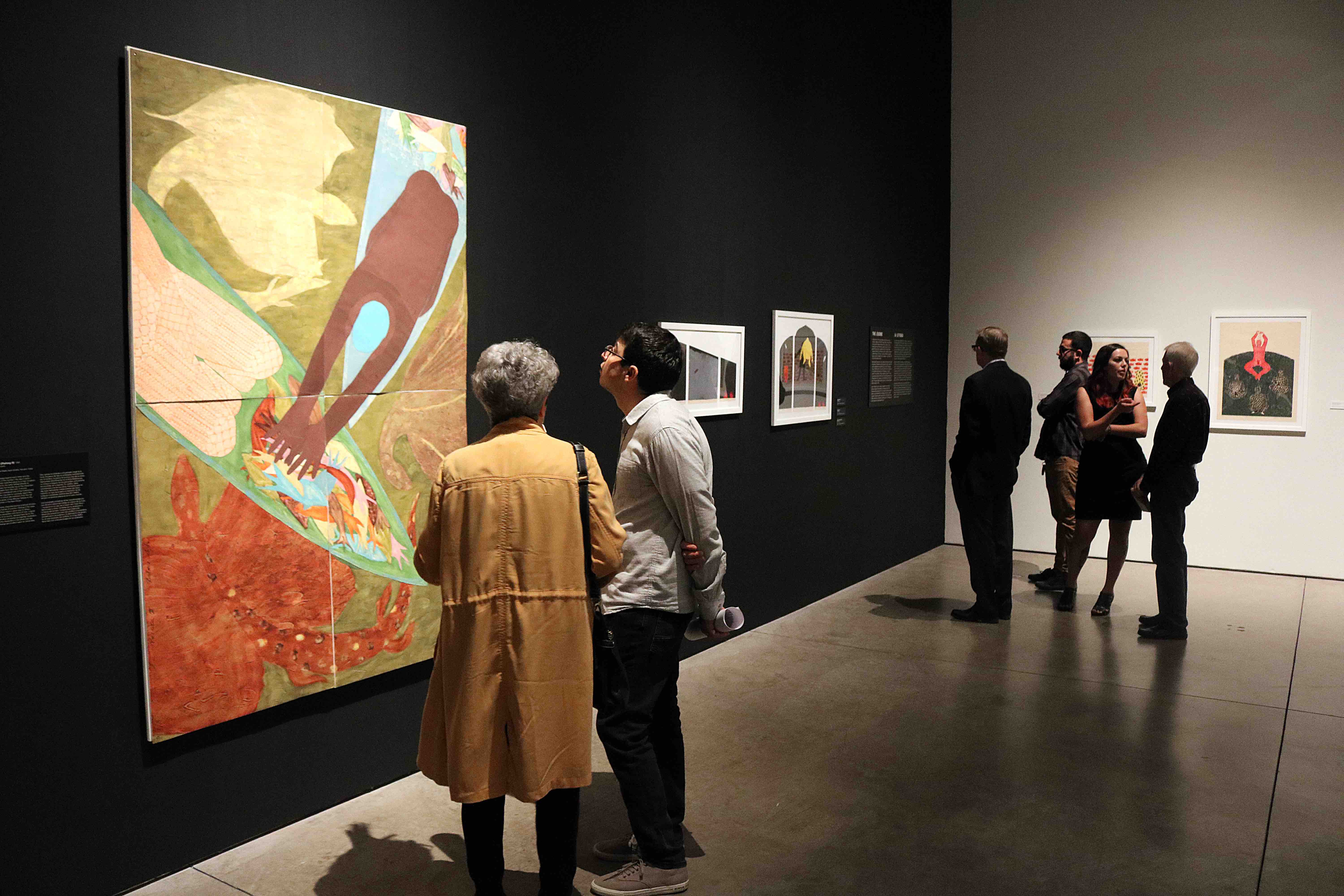 Scottsdale Arts has been a cultural mainstay in the Valley for years. SMoCA is known for its important and dynamic art exhibitions. Scottsdale Performing Arts puts on quality programming every season. The most recent iteration of Canal Convergence was a rousing success, highlighting both national and local artists. Wuestemann still sees untapped potential and growth.

“When I arrived here, what I saw was an organization with a rich history and tradition in a pretty awesome community with some good facilities that had struggled for the last ten years mostly at the leadership level,” he said. “There was lots of turmoil at the highest level. But when you looked underneath all that, you could see the quality of work that came out of the organization. The staff here still managed to do extraordinary things, almost in spite of the leadership, and that made me feel like this was a place where we could effect change very quickly.” 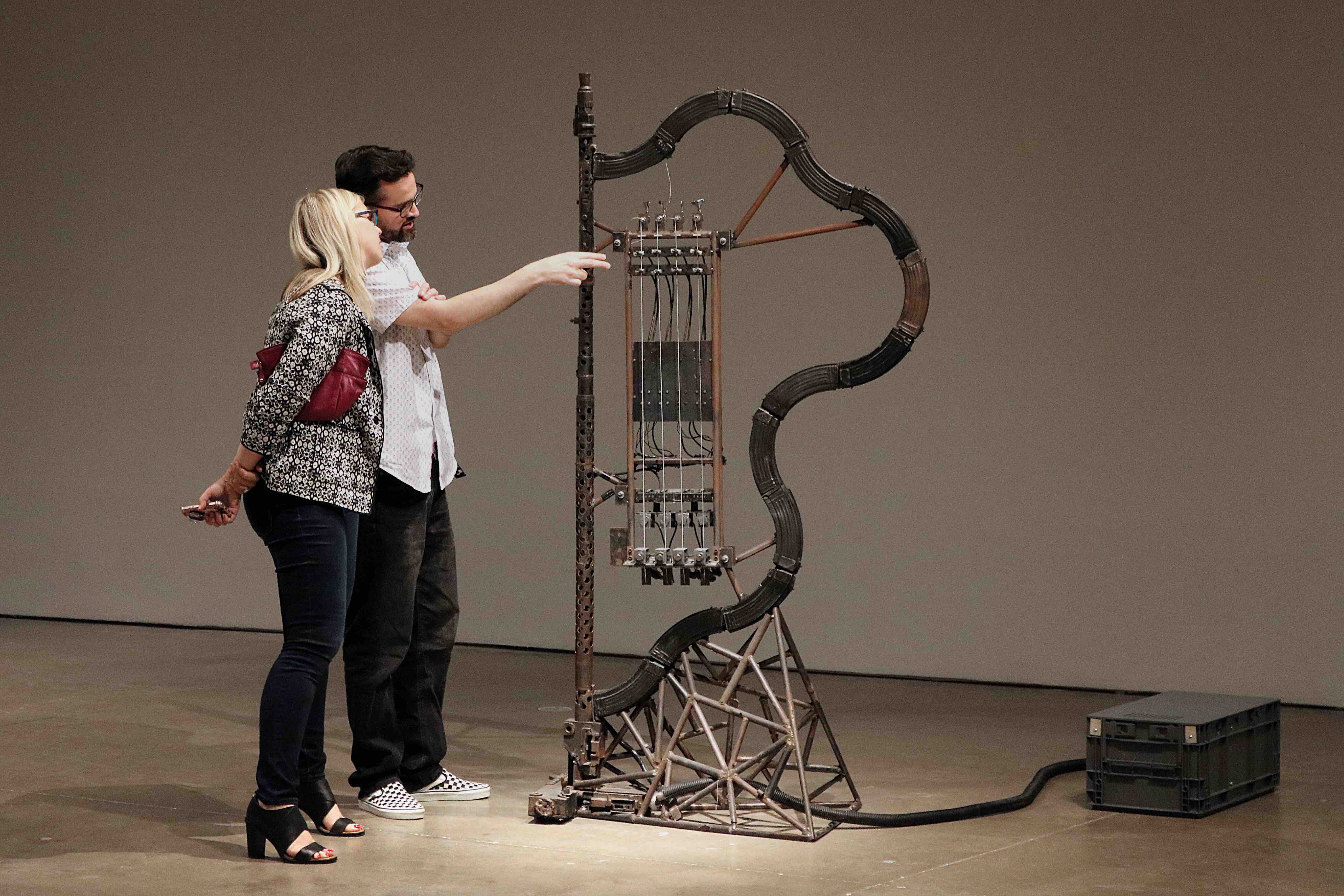 The transition from performing artist to administrative leader has been a learning experience for Wuestemann, filled with many challenges but also offering its own rewards. “I kind of have the easiest job in this organization – everybody else does the heavy lifting,” he said. “I have a team of great directors for the various parts of the organization who have great staffs. All the significant work toward fulfilling our mission happens through them, not through me. I can set a vision. I can hopefully tie everybody together with leadership. And then, I talk to a lot of people. That’s my job. I think one of the key pieces is ambassadorship, so I see my role very much as an ambassador for the arts community.”

Wuestemann’s vision for Scottsdale Arts is a breath of fresh air – one of farsightedness and inclusivity. “I see great opportunity for working with other museums in the Valley to collaborate on shows that help the Phoenix metro area become more of a contemporary arts destination,” he said. “I see tremendous opportunity here. We’re still a relatively young art city.” 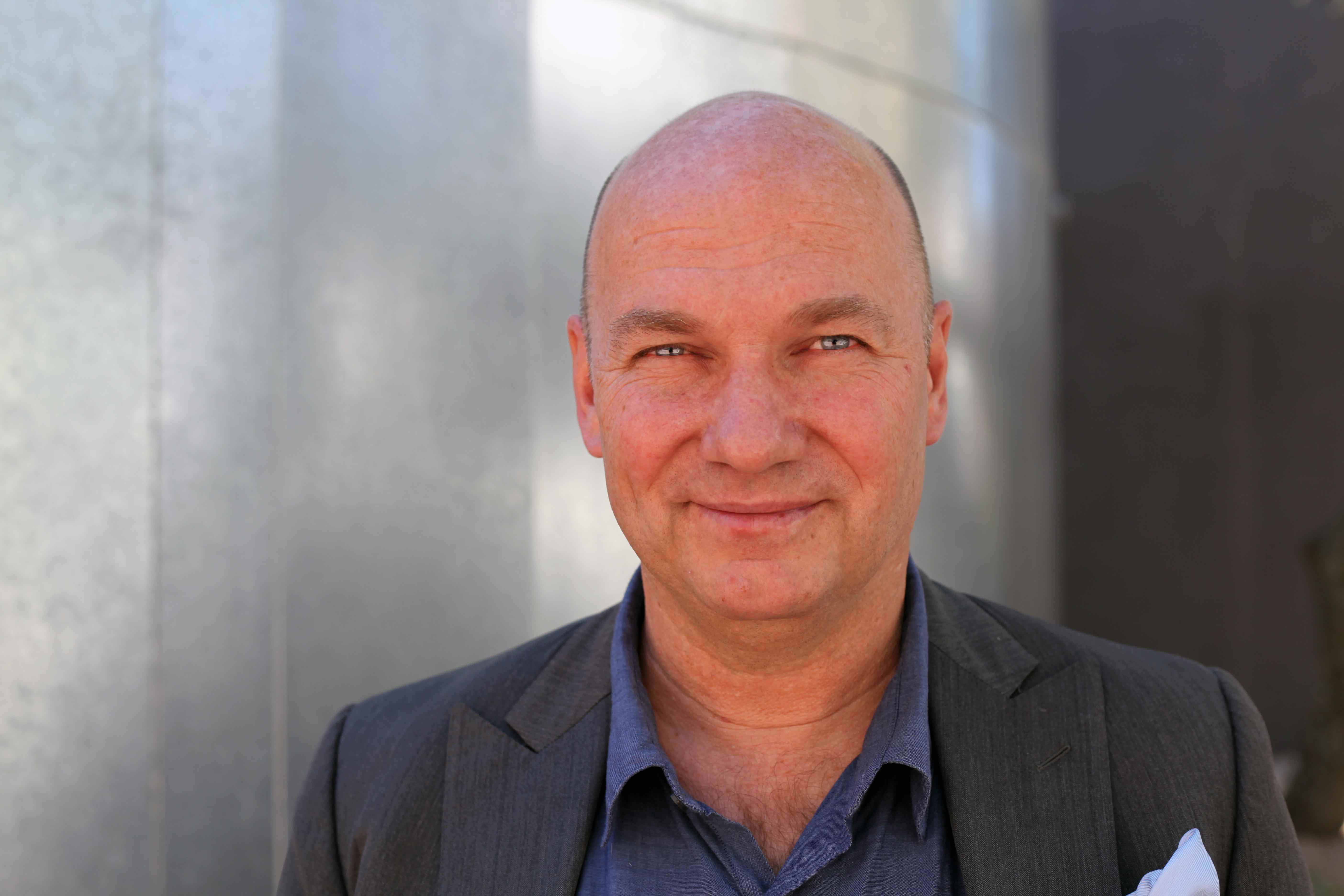 “This is not New York or Chicago, with a lot of legacy entities and organizations,” Wuestemann said. “This is a place where people often see or experience things for the first time. There is very little jadedness here among audiences. There is palpable excitement when people experience something that we bring to them. I find that to be very energizing, and that makes me extremely hopeful. That brings tremendous opportunities for us, allowing for significant growth. In an established market with a lot of legacy entities, growth is incremental at best. Here, growth can still be exponential, and that to me is very exciting. That’s what I’m trying to bring as a vision, as a sensibility. We can take significant steps forward.”