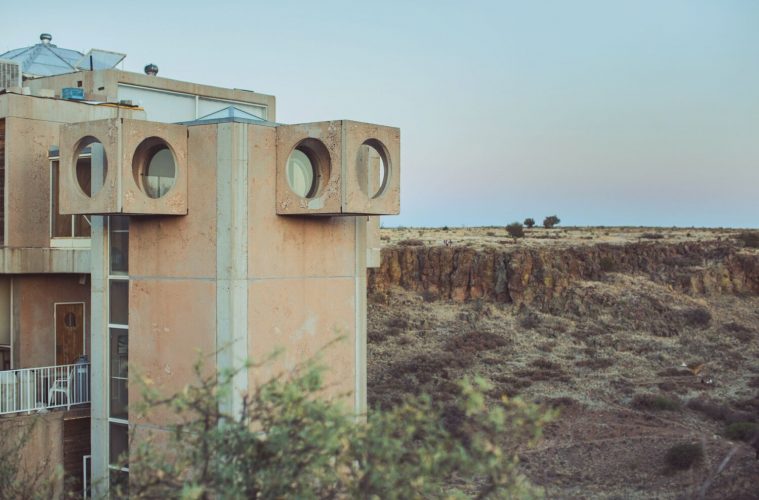 Arcosanti in the Age of FORM 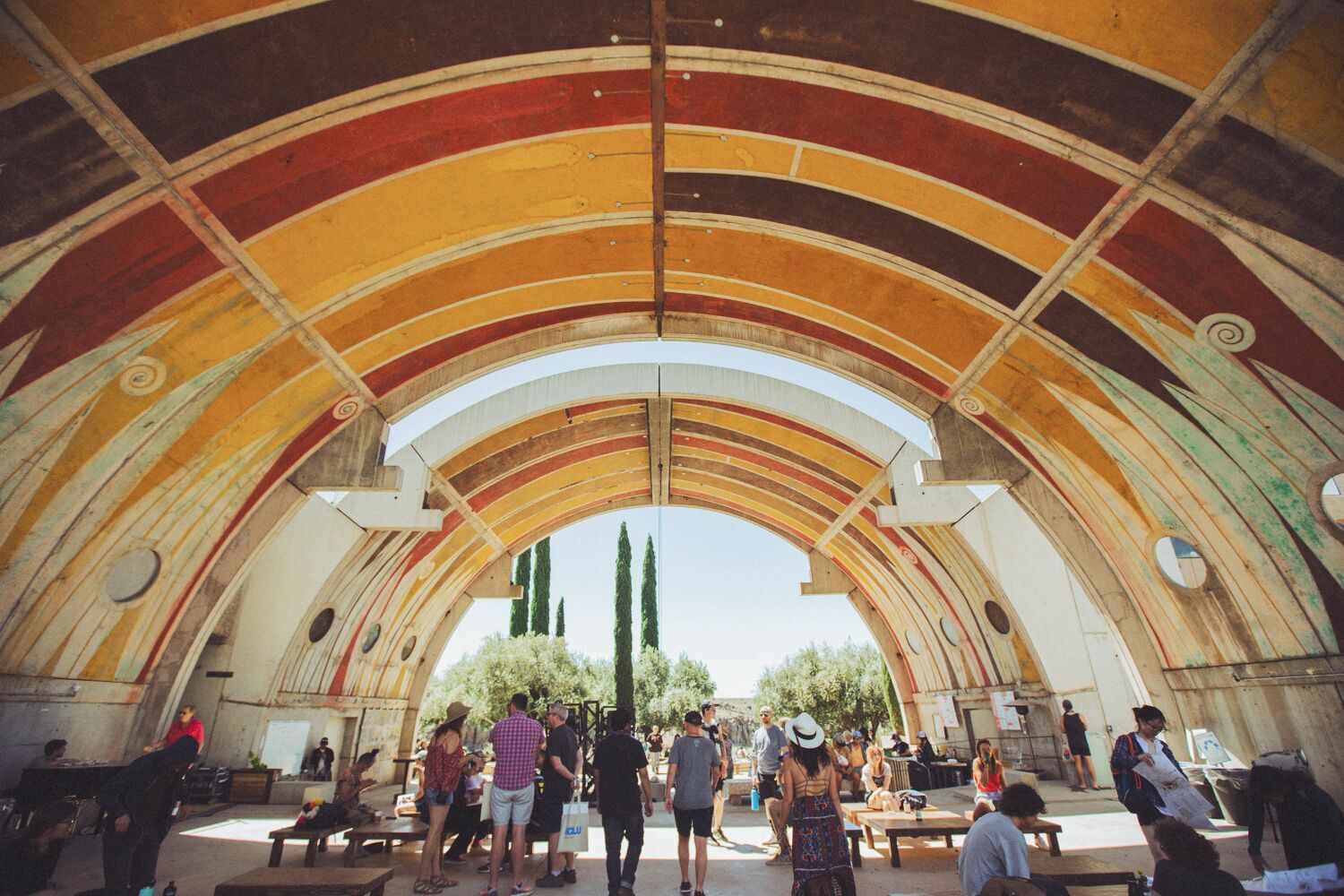 Last month, 1,500 people gathered at Arcosanti for FORM – a now annual music festival in its fifth year that has brought national and international acts to the unique desert village.

It was the largest attendance for the festival yet, with plans to expand further in the coming years, but the story of FORM’s success is also intimately tied up in the story of the venue that hosts it. Arcosanti has experienced a surge of interest and attention in the past few years, and nearly 50 years after it was created, the “urban laboratory,” as it’s often called, is going through growing pains of its own.

Arcosanti has earned a place among Arizona’s most celebrated cultural destinations. It sits perched atop a desert mesa, barely visible from Interstate 17, overlooking a 4,000-acre preserve strewn with small canyons in the high desert environment.

The brainchild of renowned Italian-born architect Paolo Soleri, Arcosanti was created in the 1970s as a grand experiment for what a city of the future may look like: high density, with sustainability and an aversion to reliance on automobiles as guiding principles.

Soleri’s master plan remains vastly short of completion, at 5 percent. Originally planned to house 5,000 people, it is currently able to hold fewer than 100 on its grounds, and residency fluctuates around the 50 or 60 mark. Still, what it has accomplished with financing provided largely by sales of Soleri’s iconic bells is impressive, and progress marches on slowly but surely. 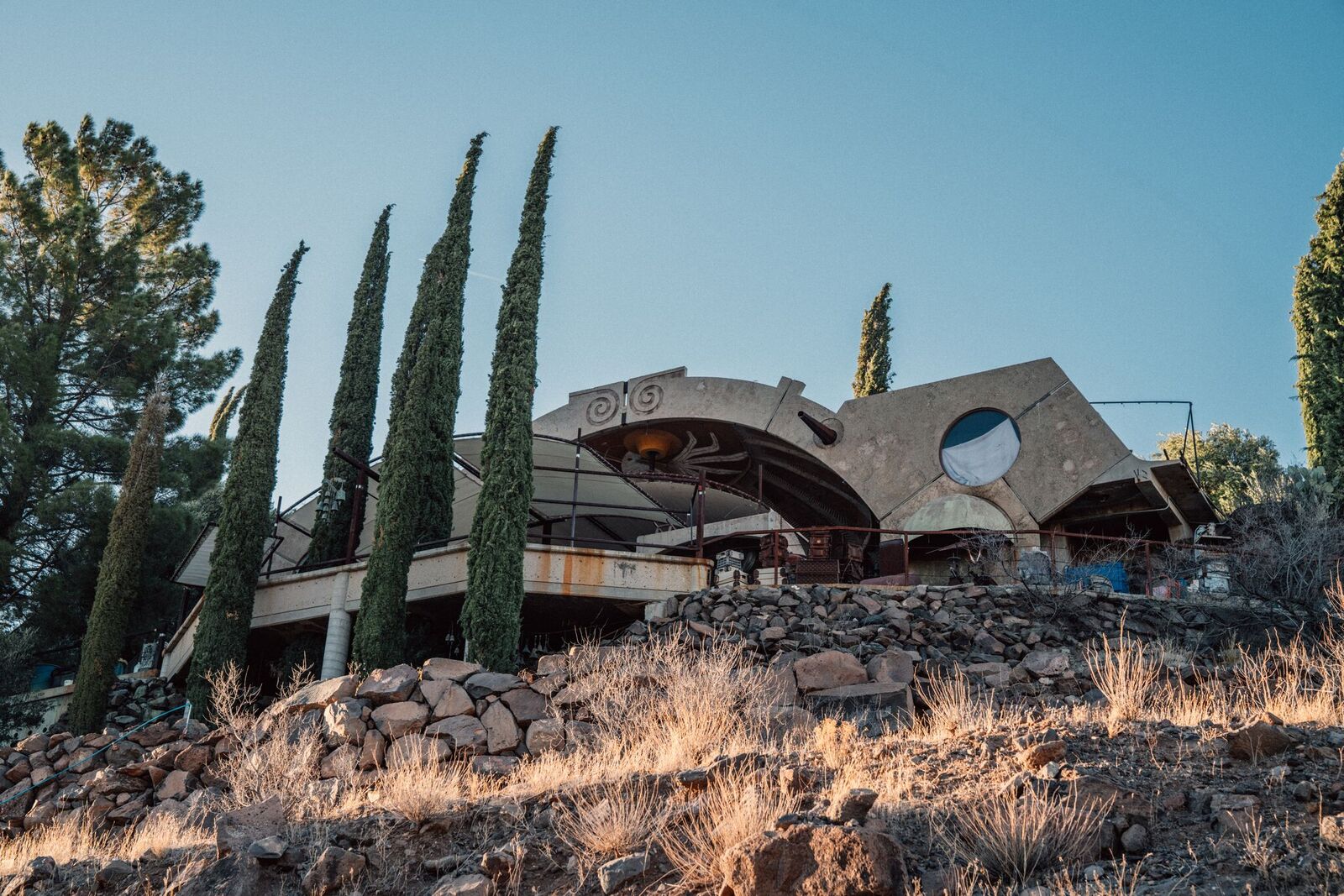 The issues it confronts are more important today than ever, in the face of climate change and depleting resources, exacerbated by a mode of building cities championed by the United States and commonly adopted in countries around the world. Seventy miles to the south, Phoenix’s sprawling, single-story suburbs connected by massive freeway projects exemplify what Soleri championed against.

Arcosanti “intends to demonstrate a model for a new way to make cities,” Jeff Stein, co-president of the Cosanti Foundation, explains.

“It isn’t doing that quite yet, because it’s only on the village scale, although it does have a series of prototype buildings that are designed to connect people to each other and their surroundings – rather than most of the buildings we’ve created in the past hundred years since the industrial revolution, that tend to separate us from each other and our surroundings.” 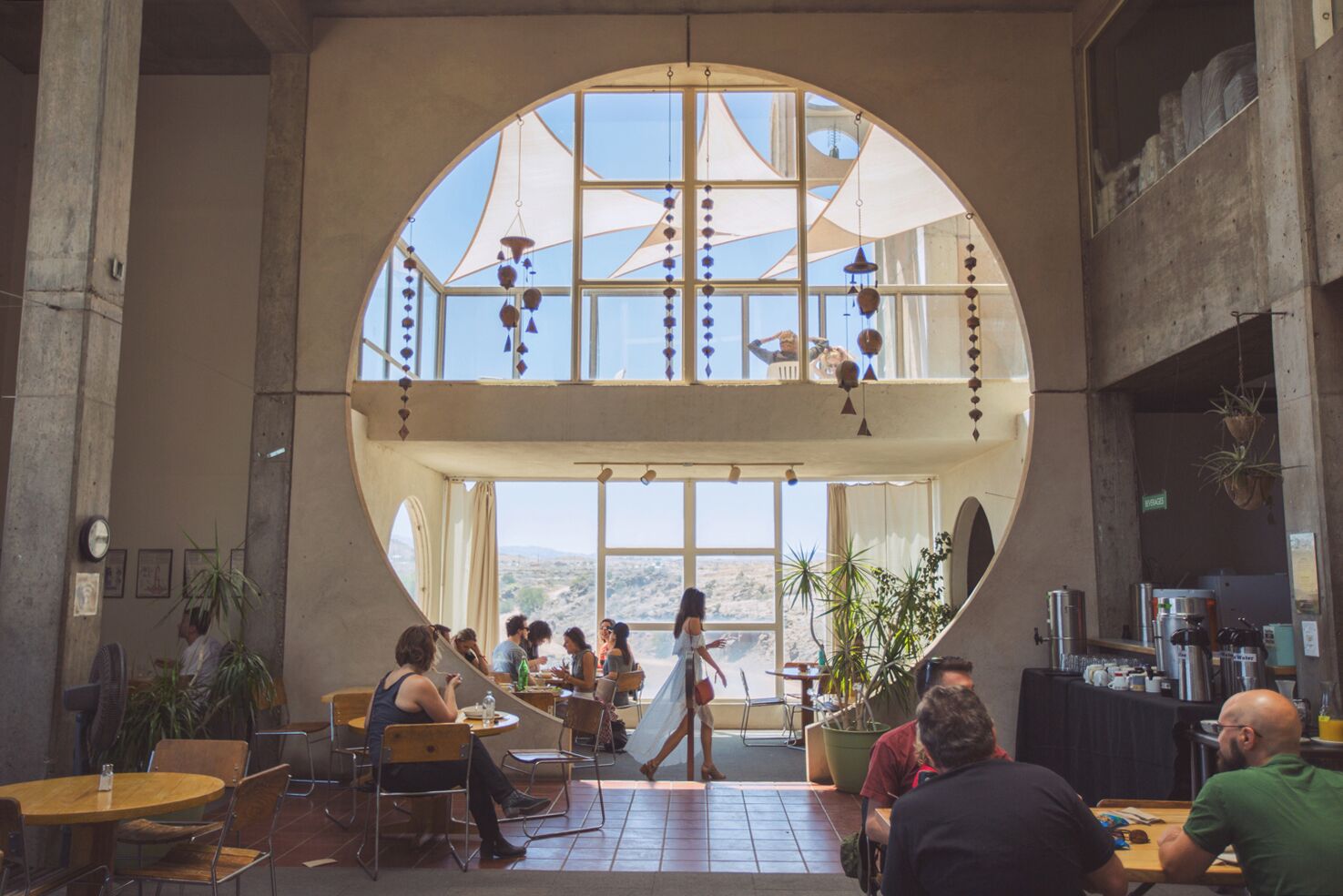 Stein took over program development in 2011 after Soleri’s departure from the foundation and announced plans for new buildings, including more apartment spaces. One of the setbacks the nonprofit has encountered for these plans is a requirement from the county to pave the entrance road to the village so that emergency vehicles can have better access, before more living units are created.

At over a mile long, paving the dirt road would come at an estimated price of around $1 million – a considerable hurdle.

“We’ve had this notion of ‘man versus nature’ rather than humans as part of Earth’s ecology – and we’re trying to change that paradigm. That’s a huge and long-term notion. In the meantime, how is Arcosanti going to be useful to somebody right now?” Stein adds.

“That has always been the question – and one of the ways is that it has become a center for the performing arts in the middle of Arizona.” 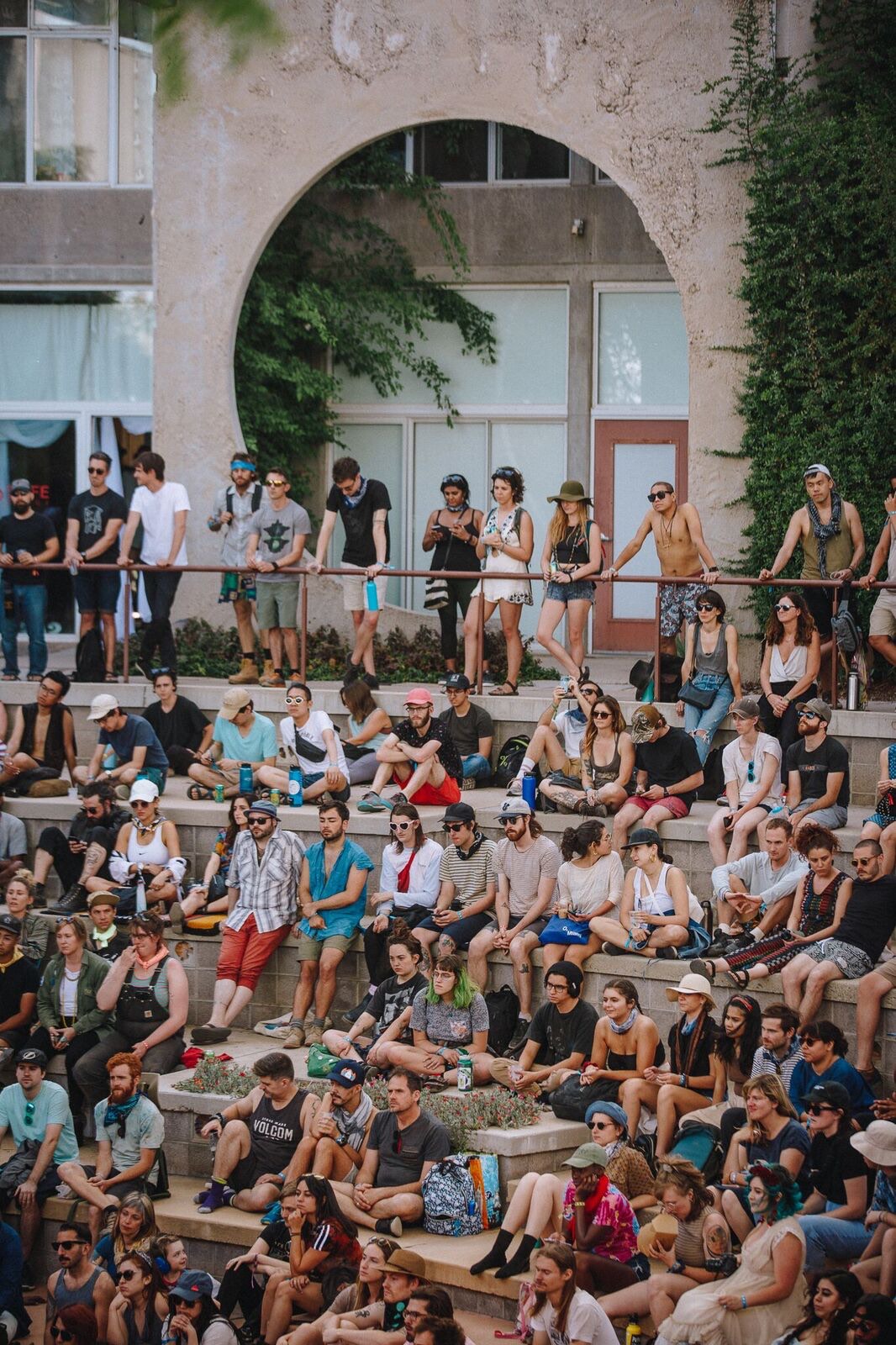 FORM is not the first or even the largest music festival to be held at Arcosanti. In the late 1970s, a series of concerts attracted attendees in the thousands for headliners like Jackson Browne and Todd Rundgren.

In 1978, a massive car fire broke out in a makeshift parking lot on the site. Accounts differ on how many cars were actually destroyed, ranging from a few dozen to 200, but regardless, it quelled enthusiasm for events of such size and put a large dent in Arcosanti’s budget for building. So while the idea of Arcosanti as a center for the performing arts may not be new, FORM has introduced the project to a younger audience.

Kevin Pappa, for example, worked at an architectural firm out of school and is now a planning coordinator at Arcosanti, after discovering it during the festival.

And Mia Shea, who originally visited when she was a child, rediscovered Arcosanti while attending the second year of FORM and has since made regular trips back to help plan events, including this year’s festival.

“The first generation of people that started Arcosanti are starting to get into their old age,” Shea explains, “and that’s another thing that [Arcosanti] has to think about, because they don’t have any hospice care or any real plan for how to transition their community. So that’s a big focus right now – how to shift the whole community to the new generation.” 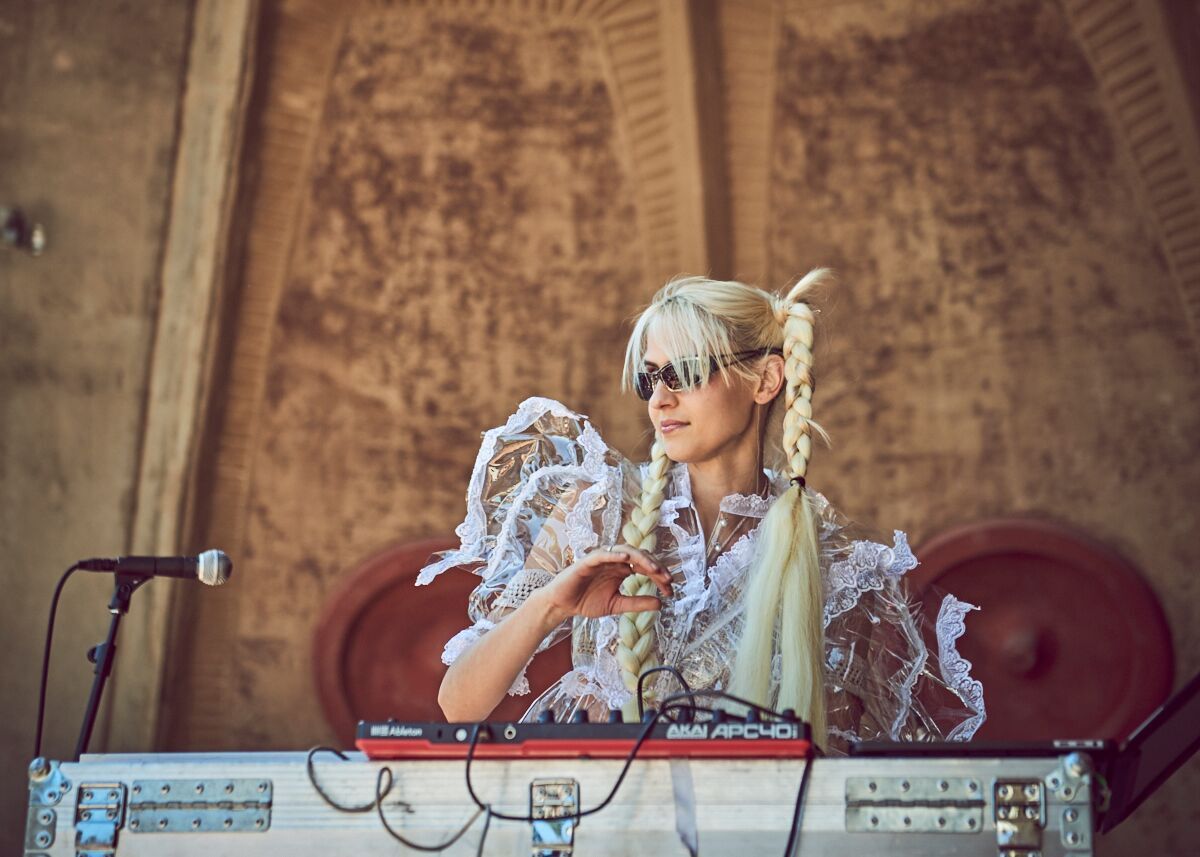 Rob Jameson, who arrived at Arcosanti three and a half years ago and now heads IT and information systems, is an example of this shift.

Jameson created Convergence, an event taking place this October for its second year that offers panels, workshops and performances partially inspired by FORM, but focusing more on Arcosanti’s mission of sustainability and collaboration.

He also spearheaded a grant awarded by Google AdWords for $10,000, allowing the foundation, a 501(c)3 non-profit, to expand its scope and market more efficiently through keyword searches.

“We can say we want to reach families with arts backgrounds that have searched for keywords in sustainability and upcycling – or whatever the case may be. But those pockets already exist, and they’re just looking for a place to land. We can go directly to them, versus printing out mailers, distributing flyers and having no data in terms of what’s working and what’s not working,” Jameson said.

The generation that helped build Soleri’s vision from the ground up is growing older, trying to find its place in the 21st century and transition to younger members taking charge, while holding true to Arcosanti’s original aims. While the master plan is far from being completed, events like FORM are helping to bridge the gap. 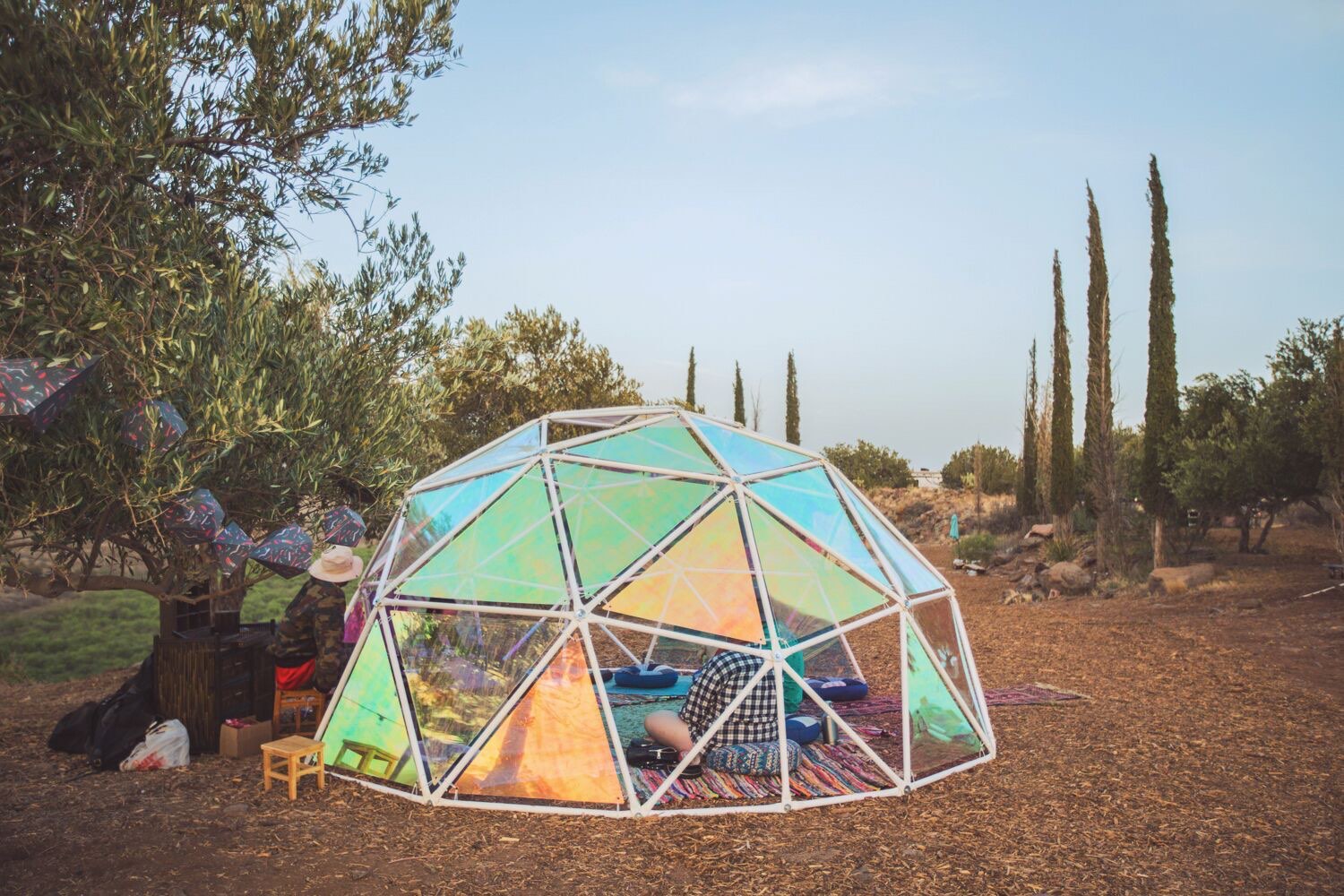 “I think that’s the role of FORM and that’s the role of the arts here,” Jameson said, “to make use of people that are here as the cogs that make this machine work – to continuously question how big we can dream and what’s possible. So I commend FORM in really opening that door much bigger than we had dreamed before.”

In November of last year, Arcosanti was forced to reconcile its place in the modern era on a more sobering level as part of the #MeToo movement.

Daniela Soleri, daughter of the famous architect, went public with allegations of repeated sexual abuse from her father throughout her childhood. Her story included claims of inaction on the Cosanti Foundation’s part and its attempts to keep the story quiet after she originally approached them.

After leaving the foundation six years ago, Daniela says she was inspired by the #MeToo movement to finally go public with her story.

While these changes were made internally, there is a sense that the foundation’s response did little to communicate with the public.

“I think Arcosanti could have done a better job making statements publicly about it. They didn’t really say anything to the public. A lot happened internally, but not beyond that, so people don’t know what is going on,” Shea explains.

The correct response to such allegations is rarely, if ever clear. An official statement from the foundation claiming support for Daniela was released, as well as an open letter to Phoenix New Times’ editorial board in response to an article published in March critical of the foundation’s handling of the allegations. 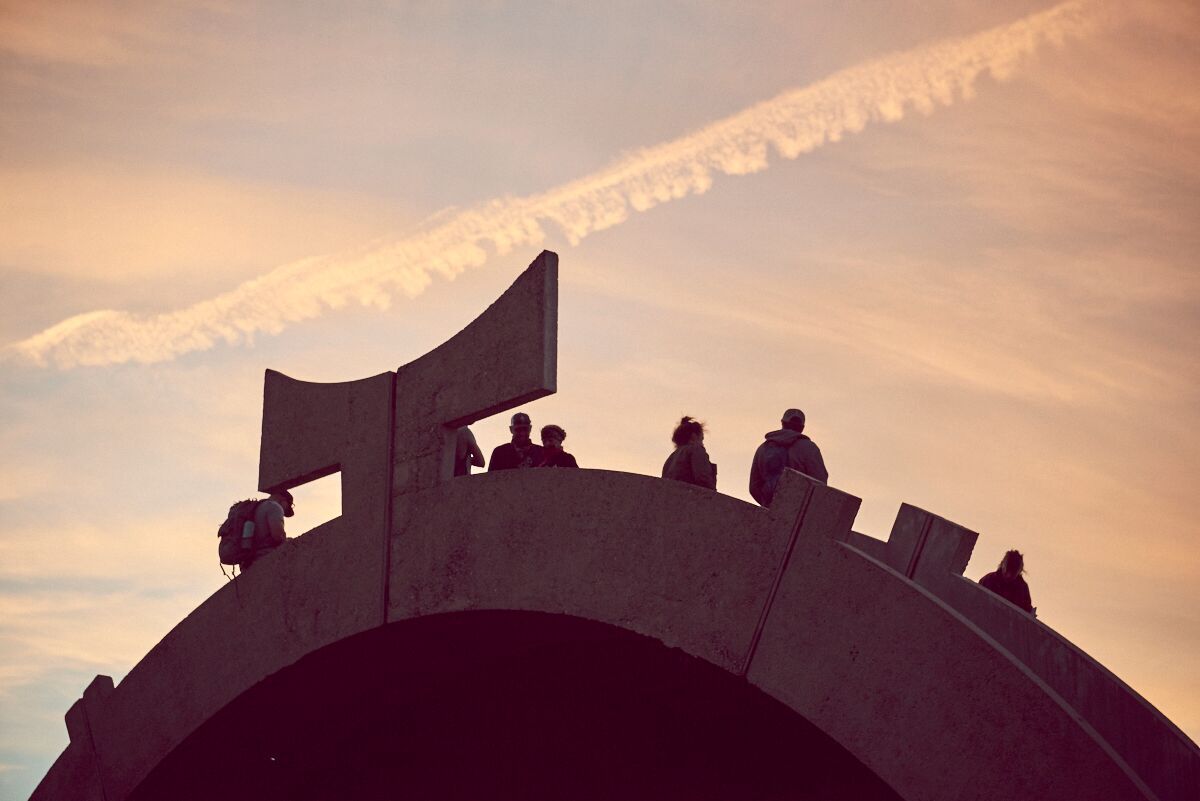 There is an admitted reverence for Paolo Soleri that permeates Arcosanti, exposing a strange dichotomy that is difficult to understand from the outside.

The daily activities are unromantic and practical, bent on maintaining a sustainable village in the middle of the high Arizona desert – but its idealism asserts itself unexpectedly at times. Each seemingly mundane task completed in the name of a mission creates an effect much greater than the sum of its parts.

For nearly 50 years, Arcosanti has encapsulated this idealism, and Soleri’s name has grown synonymous, inseparable from the vision that countless others have worked toward.

Now a new generation will carry it forward. 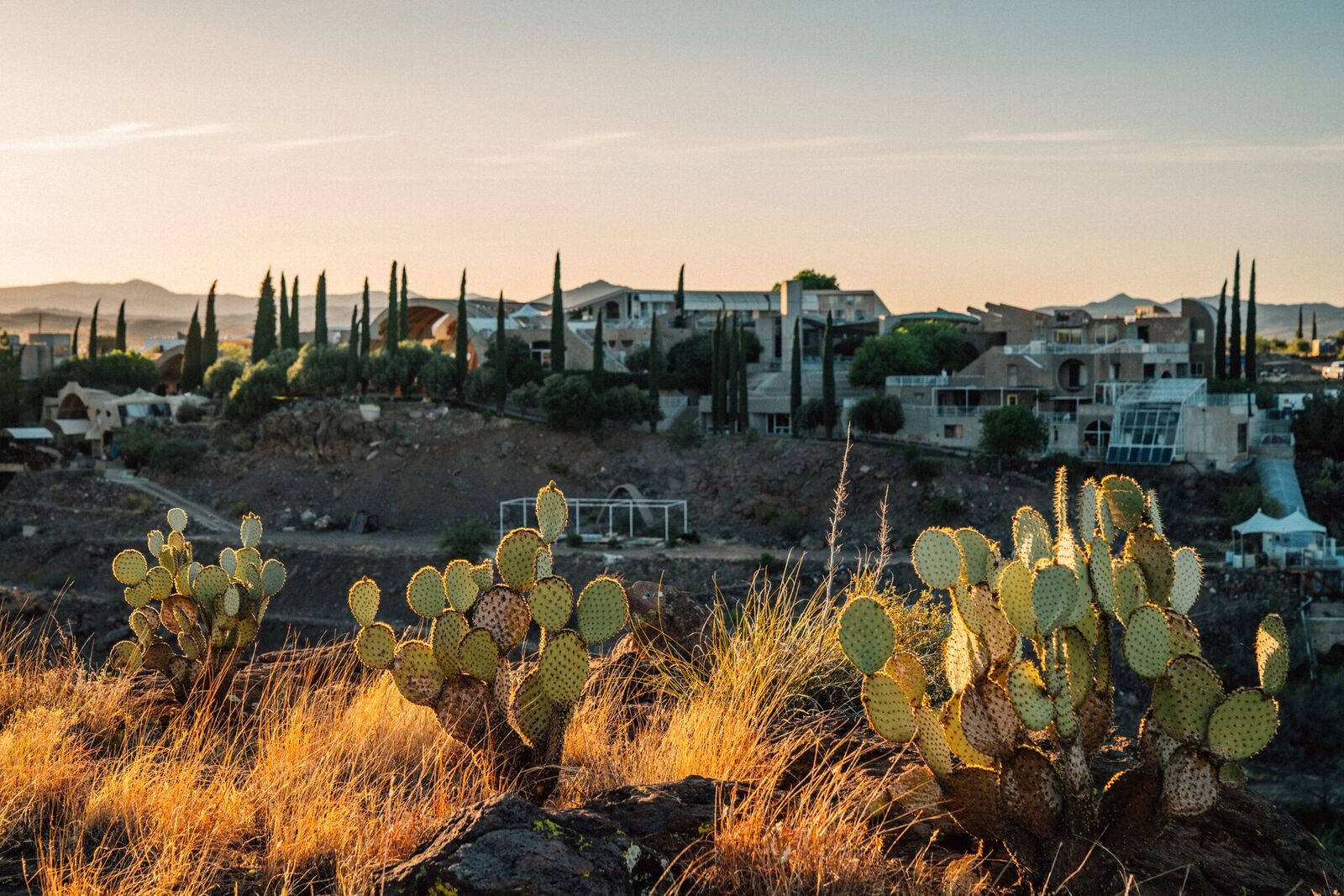