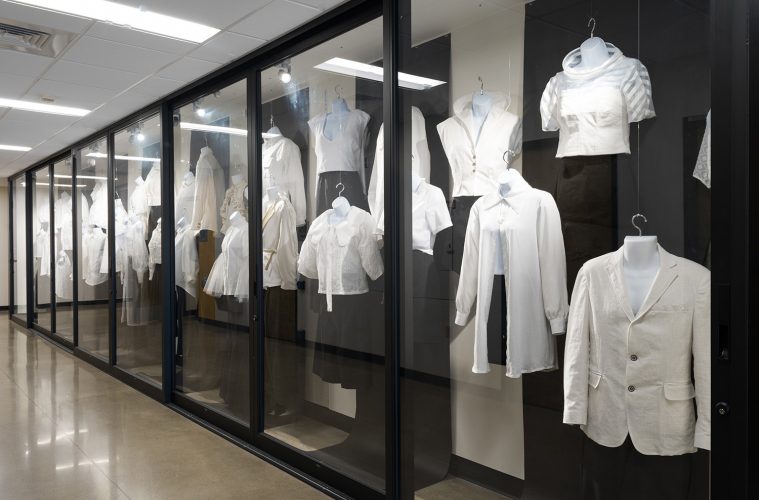 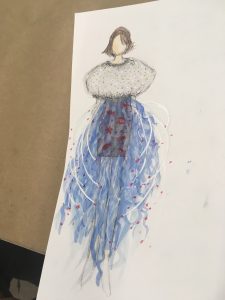 Sketch for one of the fashion designs getting constructed for the Wearables in Smart Fabrics show April 4, featuring ASU students and fashion instructors, to be held at the downtown Phoenix Convention Center.

Operating out of the Tempe Center, 951 S. Mill Ave. at ASU’s main campus, the new ASU fashion program boasts a large studio space, wired classrooms and open-concept lecture halls—up and running to accommodate students who recently changed their majors to fashion, and seem eager to forge ahead in the fast-paced and highly-competitive fashion market. ASU fashion majors are showing their mettle in the categories of innovation, ingenuity and invention.

Under the Herberger Institute of Design and the Arts at ASU, the fashion students are hard at work putting together shows for this spring. The “Uncertainty” show brings together student designers, techies and other students from the ASU community to produce a cross-discipline, but fashion-focused event. The show will open with a live music and dance performance, starring ASU performing arts students, professor of practice and leader of the new fashion major, Dennita Sewell says.

“It’s all student-organized, form the concept, to the planning to the organization,” Sewell says. “It’s really the vision of Carol Wong, who is doing her senior capstone, and who is collaborating with other students. For example, another student is doing her capstone as a Production Coordinator. ”

Fashion student Patrick St. Clair says his foray into fashion was somewhat unexpected in his life plan. St. Clair started at BYU as a psychology major, but he quickly discovered he wasn’t in love with that field. He entertained the ideas of becoming a surgeon or oncologist, because he says he’s always been good with his hands. Instead, he changed his major to industrial design, but became frustrated quickly with that major, too, because the materials he was assigned to work with were not pliant. St. Clair will walk his gauzy, highly feminine women’s white shirt at the Uncertainty show, Saturday, March 31.

St. Clair says his  breakthrough happened when he enrolled in a sewing class, and that’s when he says he found his true calling. When asked if he’s into designing couture he says: “I am, but I have a long way to get there.” Ralph Rucci made a visit to the lab and that changed inspired  St. Clair and changed some of his goals, Sewell says.

“I’ve definitely had frustrations. Well—I’m still having them,” St. Clair says. But he says he enjoys the work involved in fashion so much that the pay-off is worth it. St. Clair says he thought of applying to FIDM, but saw the cost and decided to stay at ASU. He has only one year left before graduation.

Another fashion student in the program, Mariah Alcantar, is producing a dress for her fashion technology project based on the concept of personal space. She displays a sketch and explains the dress will feature automated spears that rotate on an axis, almost like shield of armour, around the shoulders that orbit while the wearer walks. Alcantar is using a software program called Arduino, open source coding and small electronic sensors to send electrical currents through the moving parts.

“All of the technology that’s out here, I just learned today,” she says, smiling. She is using coding that she found online, but customizing the code to meet the concept of her project.

She says she may need to build a battery pack into the garment or find another power source, because the laptops she’s using only outputs about 5 volts of electricity at a time and that’s not enough to spin her rotating dress features. 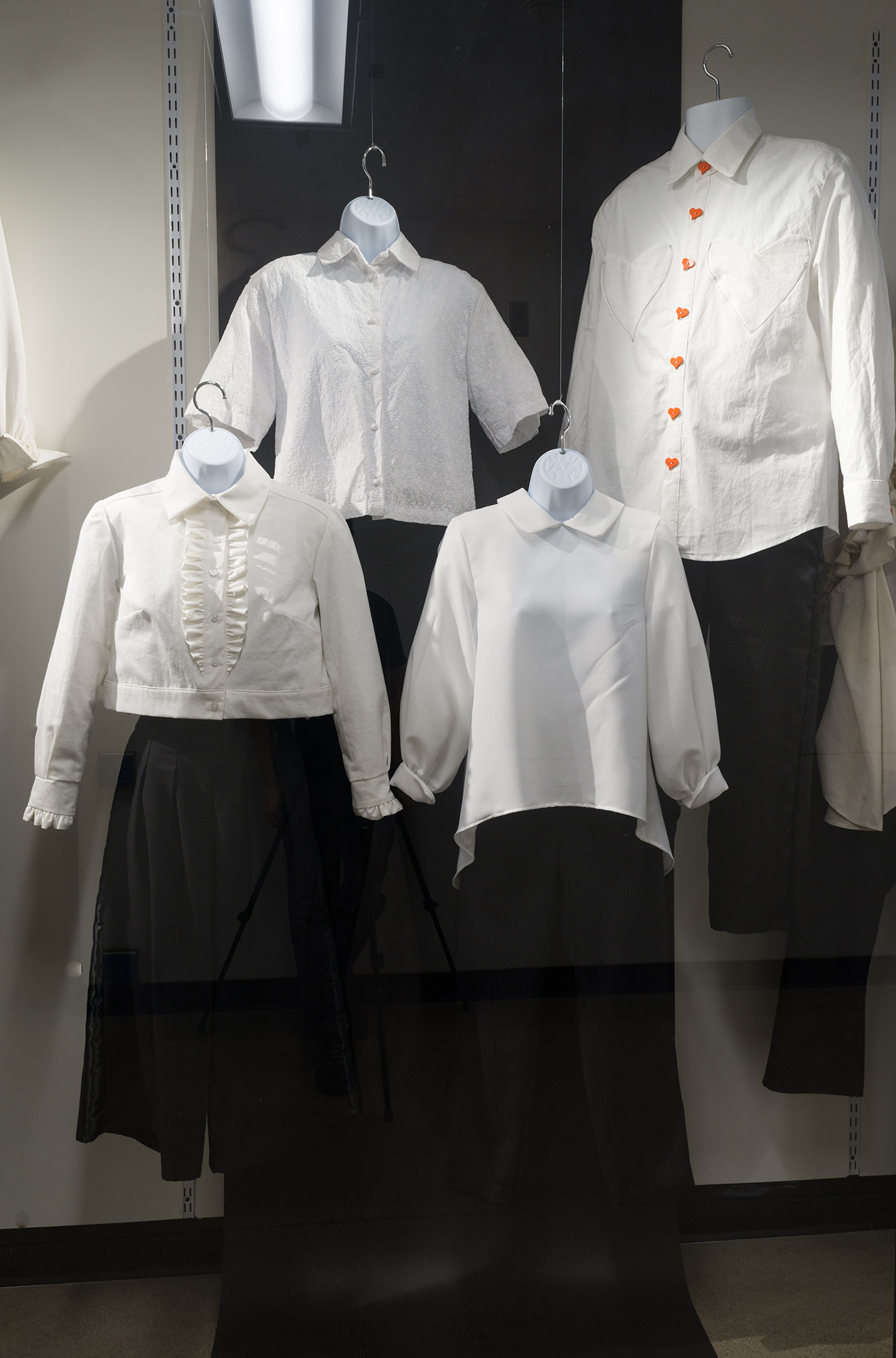 Ben Vitón, another fashion design student, is also designing a garment for the smart wearables fashion show with Arduino technology. He is creating a sportswear jacket that features strands of lights running down the arms. He, too, used open source coding and an Arduino device, plus LED lights in responsive strands. With the light-up LED strands, he’s able to spell out words and socially-relevant messages. He plans to send a message about HIV, new discoveries and the health of people who carry it. Because of break-throughs in medical technology and treatment, people living with HIV and AIDs are now able to regulate the virus and keep it in a sort of remission, he explains. However, the stigma against people with HIV and AIDS still exists, and that’s what he wants to use his fashion project to help eradicate.

Moving towards sustainable fashion innovation and producing fashion that speaks to a greater social good may seem like a natural response from the new generation of designers. But it’s not surprising. The fashion industry has taken heat for decades for its waste, consumption and excess, and many big designers and companies have found ways to embrace conservation and become more sustainable in practice.

Prof. Mihaleva explains that fashion is the second most high polluting industry in the world. Though we often think of cotton as earth-friendly, the truth is cotton plants are “one of the thirstiest plants in the world,’’ Mihaleva says. It takes 270 liters of water to produce one t-shirt, she says, and that’s enough water for one human to live on for two years.

Mihaleva has been studying the research of London Fashion Designer researcher Suzanne Lee for a few years. Lee developed a new textile from kombucha colonies. Kombucha is a. drinkable fermented tea, but also a living organism, almost like a fungus or yogurt bacteria. Mihaleva, following Lee’s research, has been growing her own kombucha into a type of sheet of textile.

She’s trying to find a way to make it flexible and drape-able.“We are still constantly experimenting with the recipe,” Mihaleva says. “With my little niece, I call them the ‘little monsters,’”  she says. “I tell her: we need to feed them sugar and black tea.”

Mihaleva has been producing samples in her lab in the fashion design program building. The material almost looks like a dried fruit skin or even the skin of an animal. When alive, the kombucha will keep growing and spreading out, she says. It takes the shape of whatever container it’s in. But once you stop feeding it, it no longer grows. The samples she’s working with she treats with wood oil to keep it flexible. Mihaleva will showcase some of her kombucha textile designs in the Wearables in Smart Fabrics show, April 4, at the Phoenix Convention Center. 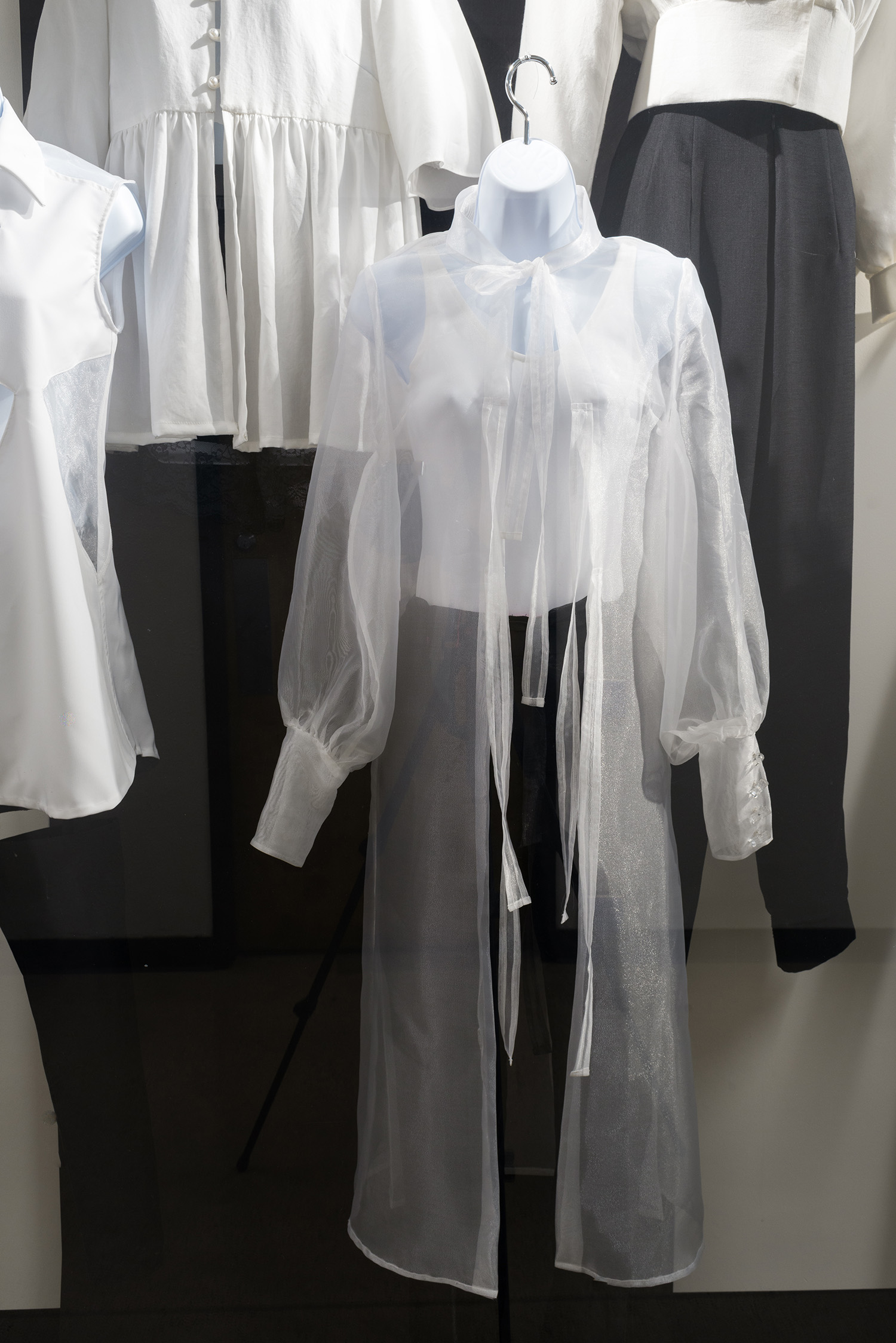 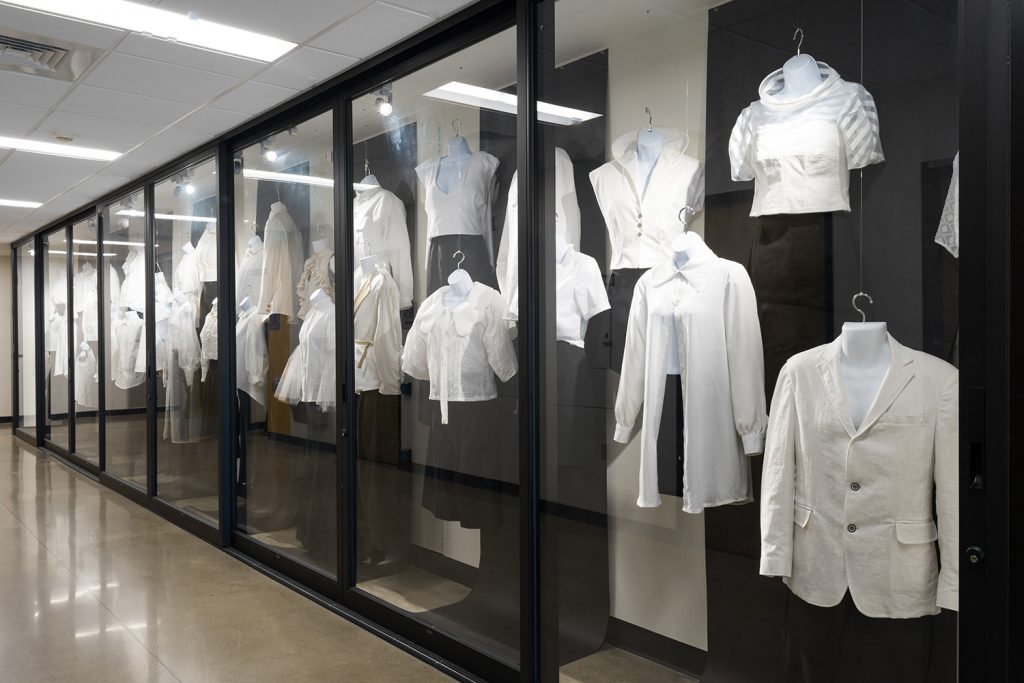