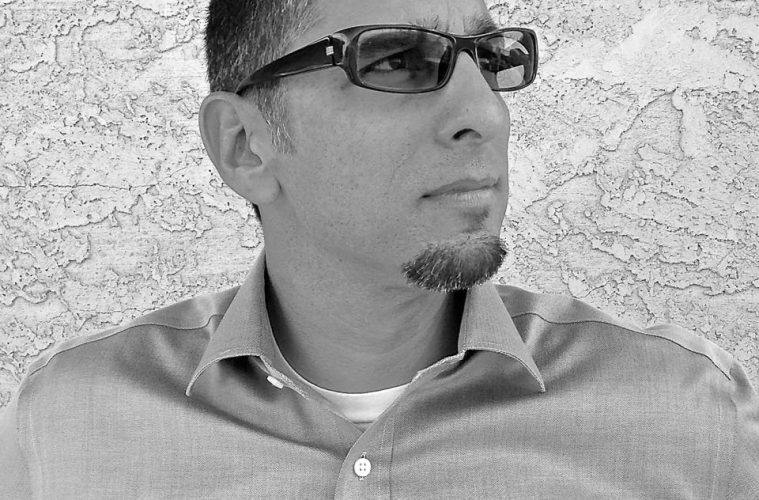 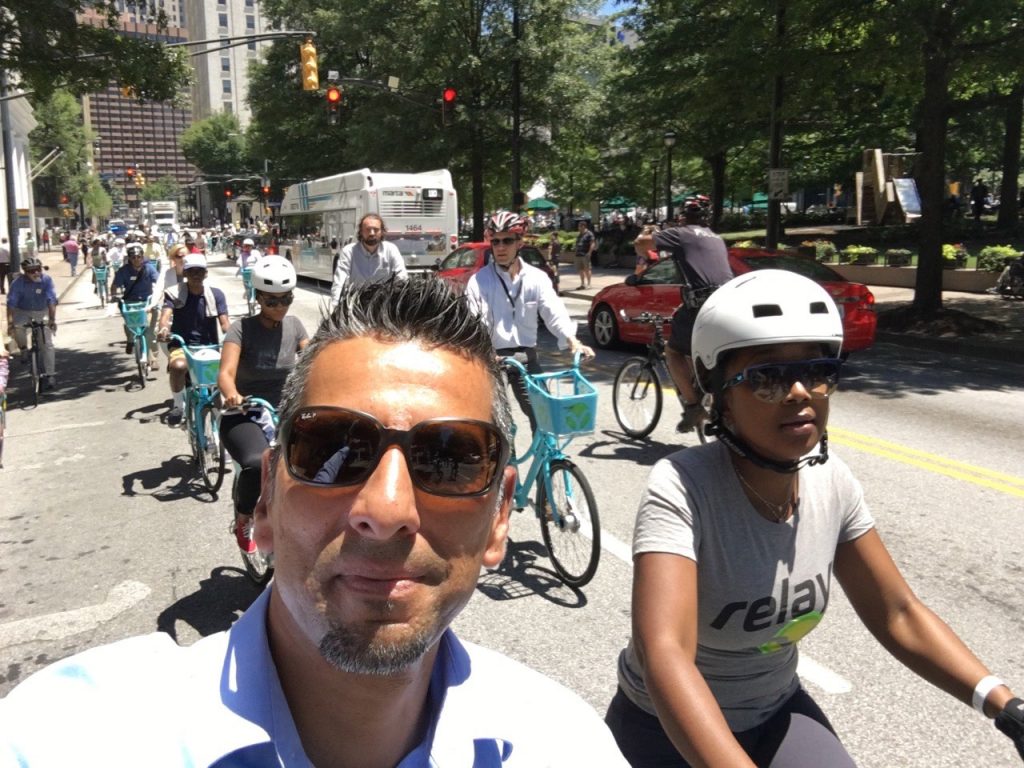 Phoenix’s John Romero is a bicycle pioneer trying to manifest a more environmentally friendly destiny for a city brimming with hope. Phoenix isn’t exactly known as a bike-friendly place, but Romero is working to buck that trend.

Historically, Phoenix’s sprawl has created an unfriendly environment for bicycles. In recent years, the city has shifted to create a more bicycle-friendly infrastructure, and Romero has been at the forefront of that movement. He has helped launched a bike share program in Phoenix and 11 other cities throughout the country as the Chief Operating Officer of CycleHop, the company that operates Grid Bike Share locally. He also owns and operates The Bicycle Cellar in Tempe, which is a bike commuter support facility.

Romero was raised in southern California after his family emigrated from Mexico. In many ways, he had to learn things on his own in the United States, putting himself through school and developing his life from the ground up. Eventually, after attending college in California, he got a job in photo production. He stayed in that industry for over 15 years, working his way up to associate photographer with a production company, where he had reps and agents selling his own work. 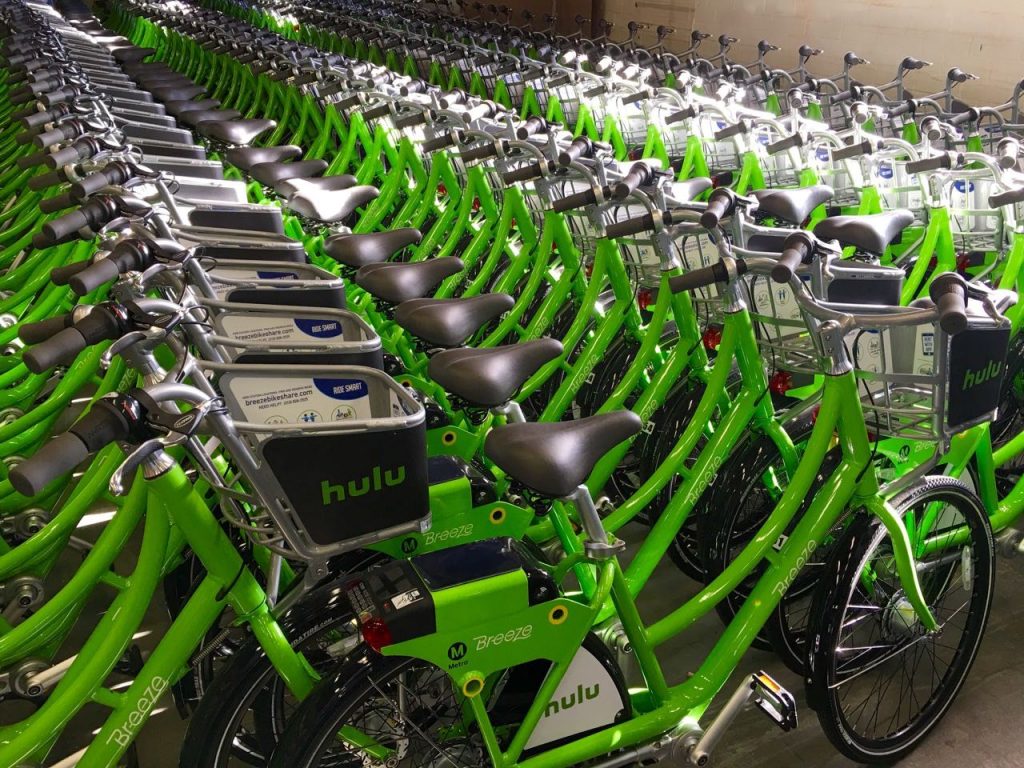 “It was monotonous, stressful and never ending,” Romero said. “That whole time I was into bicycles. I went from using them for recreation as a kid, then for sport and eventually for transportation as an adult. The irony was that all of my clients were in the automotive industry, yet I had modeled my life around sustainability.”

As Romero tired of working in commercial photography, one of his friends told him about an opportunity with the City of Tempe to build a bicycle commuter center—the first of its kind in Arizona. He started doing the legwork and research, but didn’t think he had a chance of winning the bid. When he was selected as the winner, he became responsible for launching the center.

Breaking from a career in photography wasn’t easy. “I took a 75 percent pay cut, but I’m less stressed, happy and doing something that has meaning for me,” said Romero. It took four years of lean living before he was able to gain a comfortable lifestyle.

“I was already a believer of the bicycle as a tool,” said Romero, “not just for folly or sport. In my mind I saw the potential.” The commuter center has proved a real success story for the city. It has been around for about nine years now, and though it started with a negative cash flow for the first two years, Romero was able to provide his crew with raises. 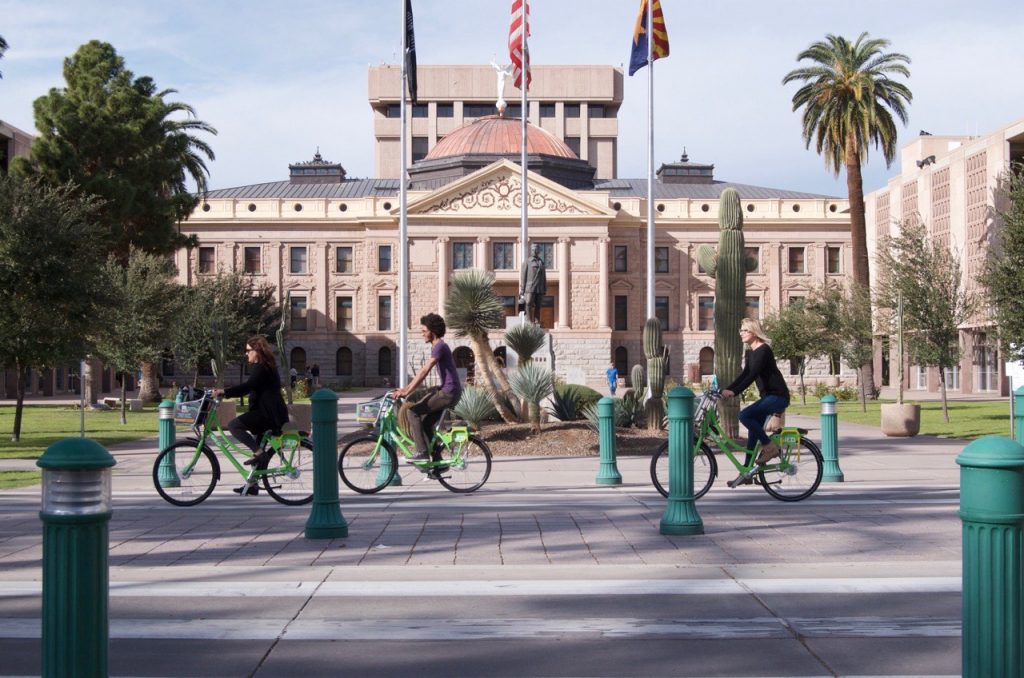 “It’s a hard thing for Arizona,” said Romero. “In Santa Monica, for instance—immediate success. They are a high-density city with a bike infrastructure already in place, the bicycle is far more appealing and they have very pleasant weather year round. Since I started this business, I’ve been on an intensive diet of NACTO (National Association of City Transportation Officials) vernacular.”

A lot of things had to come together in order to make The Bicycle Cellar successful: the completion of the light rail (the center is located on one of the stops) and efforts of the City of Tempe. People really wanted to see this project work out for the Valley. As with any large, innovative project, there were naysayers who tried to doom it, but it eventually succeeded and surpassed expected numbers.

Around 2013, Josh Squire, the CEO of CycleHop, came to Arizona looking for someone to help launch his bike share program, and Romero answered that call. He had to abandon some projects in order to make it happen, but once he started, he was all the way in. “Since we cut the ribbon, CycleHop now has contracts with 12 cities,” said Romero. “We have gone from a staff of three or four people to a staff of about 100. As Operations and Launch Director for North America, I go into each city to help unveil the program and get it to the point where it has legs of its own.”

The CycleHop initiative is responsible for Grid Bike Share, the green bicycles seen around Phoenix and Mesa. They will be coming to Tempe in 2017, as another Arizona community joins the tide of cities throughout the country that are expanding their bike programs. To ride the GPD-enabled and height-adjustable smart bikes costs $7 per hour or $20 per month (for 90 minutes per day). People who need to access the bikes have the option of registering online. Once a bike is reserved, the rider receives a PIN to unlock it from the docking station. One neat aspect of the bike share program is that people can leave the bikes at any rack around town, and the Grid team will pick up and redistribute them. 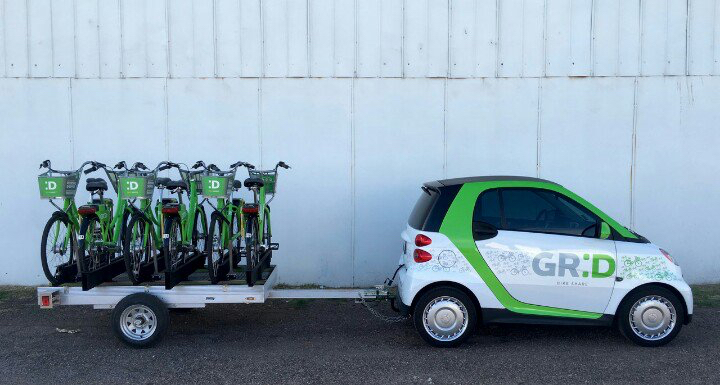 Though the bike share program has experienced success, there have been challenges along the way. “At the start, bike share was such a fledgling industry,” Romero said. “Our product partner was still in its infancy, so product delivery was probably the biggest challenge. You have to source the right manufacturers, and there are always unknowns. With any of this type [of] early development, the first generation is never the end result. Everybody is excited to get into the bike share space. The most painful thing to do is go back to a city manager and have to push back a date. The capital isn’t always the problem, it’s getting stuff in a timely manner, built proven and deployed.”

A bike share program tends to be used by visitors to the city. It’s a great way for people who are unfamiliar with the lay of the land to get around. However, it is also a part of the larger shared transportation network many cities are developing. “We consider ourselves to be part of the same shared mobility movement as Uber and Lyft, light rail and the bus system,” Romero said. “We are providing another option. Our hope is to help shift the balance. We want to help imbue people in another form of transportation, as we start to identify infill points of origin. We will provide launch points to get people where they need to go. Through user feedback and patterns of use, these drop points become evaluation factors. We try to grow with the demand we see in ridership.”

CycleHop is the largest operator of smart bikes in North America, and as COO, Romero is trying to help bicycles become part of our country’s transportation fabric again—especially now, considering the environmental factors impacting our world. “Bike share itself is still in its infancy,” said Romero. “This is a way to shift the people’s mentality into viewing bicycles as part of public transportation. In many countries, it is an integral part of the life fabric. In the U.S., we used to have 50 percent of kids riding their bikes to school. Now, we are below 10 percent,” Romero said.

“Back in the day when I was a kid, the bike was your freedom. It was a portal to the world beyond your immediate surroundings. We are trying to reintroduce that. In towns like Vancouver, Chico (CA), and Portland, bike culture is very much a part of the culture. That is the kind of perception we need here. Every bike on the street is a part of traffic. Here, too many people that don’t understand bikes still think they belong on the sidewalk. Most of us who ride are aware of that. That is our biggest challenge—to educate and get the point across that bikes belong,” Romero said. 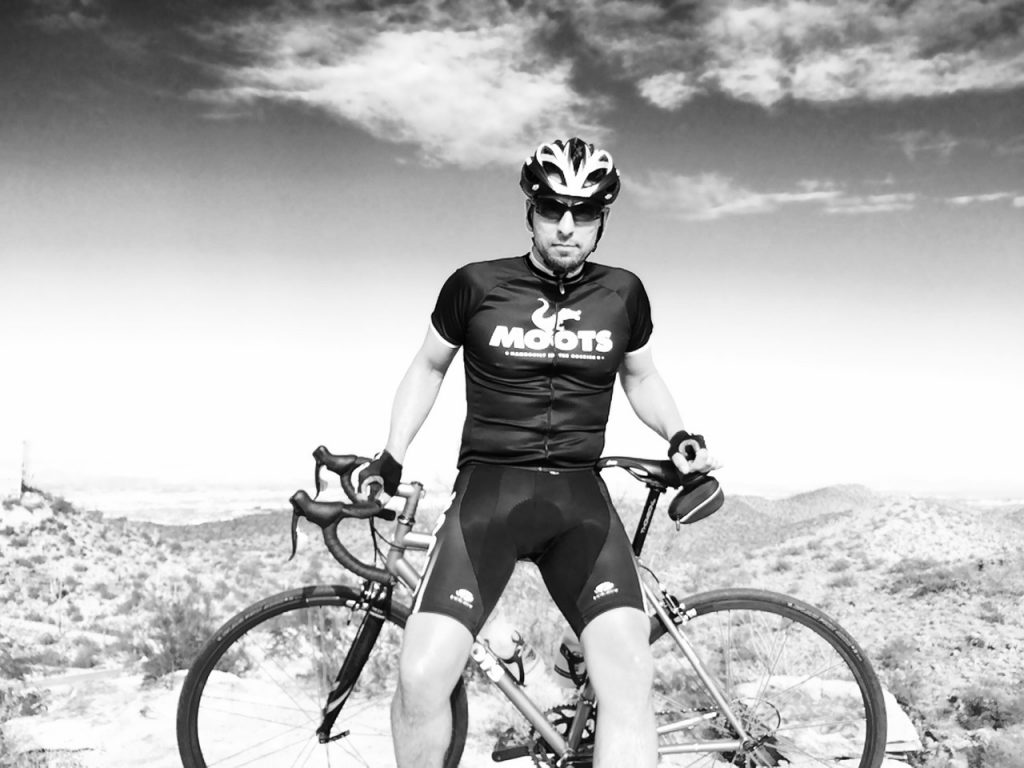 Though Phoenix seems like an unlikely city for a pioneering bike share program, it is a great beta market to show how a program like this could work anywhere. Romero enjoys Phoenix because of its potential for growth and his interest in being a part of something emerging. “It’s still a fresh canvas,” he said. “Phoenix is emerging. But we have to overcome forty or fifty years of bad planning, sprawl, taking over pristine lands and building stucco box farms. Because of all that, people and industries require vehicles. These are the factors that communities are becoming more aware of. There are many downtown incubators encouraging local businesses to settle there. If we aren’t tearing up the desert to build, the cost per human goes down exponentially. For example, refurbing a historic home instead of building a new one—this is the kind of insight that kept me here. I have fallen in love with the Valley because of its tremendous potential.”