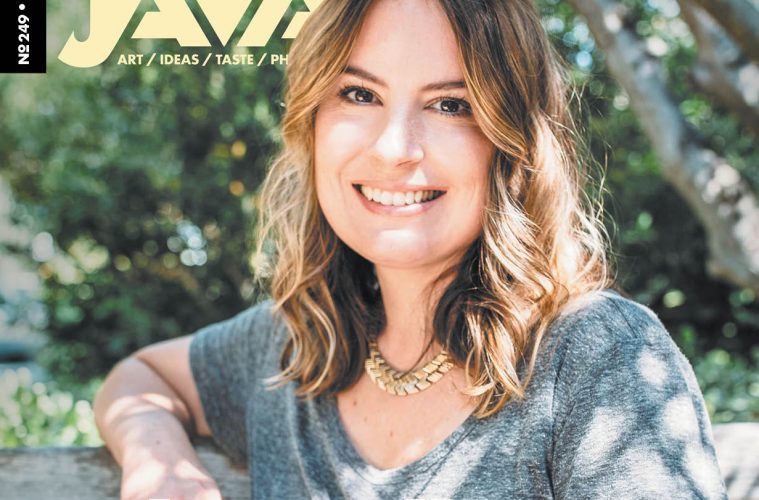 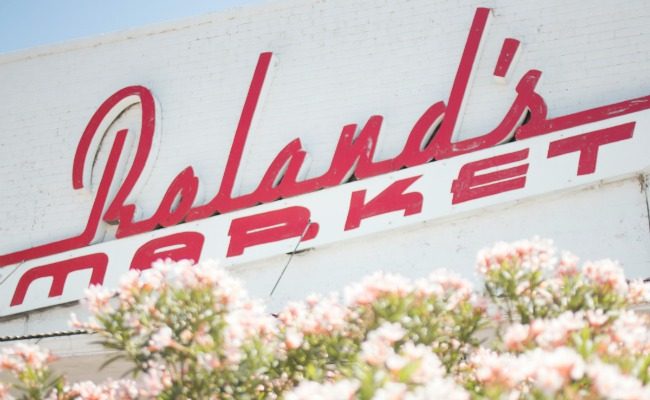 An old whitewashed, boarded-up building barely catches the eye when you drive down Van Buren near 16th Street, except for its cherry-red letters announcing: Roland’s Market. It’s like a lot of other buildings around that area of entombed dreams and faraway prosperity. Some parts of Phoenix are just fossilized, waiting for people to re-imagine them. But the bones of Roland’s show great promise, according to Celine Rille, owner and director of Rille & Co., a creative studio that offers branding, design and marketing services for the greater Phoenix area. She is part of the team that recently purchased the building.

Rille has helped to re-imagine a lot of inert spaces in Phoenix—from aiding in the development of the DeSoto Central Market, to her work at the McKinley Club, and now Roland’s Market. She is interested in helping make Phoenix a place she wants to live in. “It’s a big goal of mine to help grow downtown Phoenix and make it the city I want it to be. [I hope] I can leave some sort of lasting impression on downtown—that would be great,” said Rille.

Rille is originally from England; she graduated with a degree in filmmaking from the Surrey Institute of Art and Design. “I got my degree in filmmaking and I came out to L.A. and did a bunch of interviews but didn’t find much common ground. At the time, the industry felt like it was more business than it was artistic,” said Rille. Despite not really finding her footing in film, she always had a passion for photography. She ended up taking a job as a photo editor at a magazine in New York. The hustle and bustle of the city proved a little much for Rille, so she decided to make her way back to England. But before she went, she dropped in to visit her parents, who were living in Arizona.

On a whim she called the Arizona Republic and asked if they needed a photo editor. They did. She worked as a photo editor there for 10 years. Eventually, she felt the need to move on to other things. “Given the state of the newspaper industry, it didn’t make sense for me to stay there any longer,” Rille said. “Next, I worked with the team who created the Saguaro Hotel in Scottsdale.” She helped create the vibe of the hotel by doing things like developing the soundtrack for the lobby, creating décor elements and working closely with the chefs and mixologists.

Spending so much time in Scottsdale made her miss Phoenix, so she decided to take a position with Red Development, the company that built CityScape. She helped develop the seasonal ice skating rink and worked on many details around the complex, including at the Hotel Palomar. One of Rille’s main passions is food and cooking, and during her time at Red Development, she gained a lot of experience working with the restaurants at CityScape.

During this time, Celine and her partner, Kevin, had a baby. So that she could have more flexibility raising the child, Celine decided to start her own business. She launched Rille & Co. around the beginning of 2015 and landed her first big client, DeSoto Central Market, shortly thereafter.

“At the time I was forming Rille & Co., my husband was the president of the Evans-Churchill neighborhood association. He had been meeting with Shaun, the owner of DeSoto, while they were still under construction. I was totally curious and excited about the concept and wanted to pick this guy’s brain. I tagged along and we just got chatting. He needed help with branding and the interior design. I said, ‘Hey, I have a chef friend that I can pull in, too.’ Next thing I know, I’m working away at it,” said Rille. At DeSoto she was able to have her hands in a wide variety of things, from the logo design, to the soundtrack, to the aprons the bartenders wear—just to name a few. Working with DeSoto was a huge boost for Rille, connecting her with other chefs and restaurants.

“I [still] remember opening day, the line outside and just the way that everyone was experiencing the space,” said Rille. “I designed the wall of chalk and knew that it would be a great focal point for photos. So many people post pictures of themselves in front of it. Same with Tea and Toast, when you get your drink, you also get affirmations. It helps people feel good about themselves, which was exactly my goal. Coming up with those details was really fun for me.” 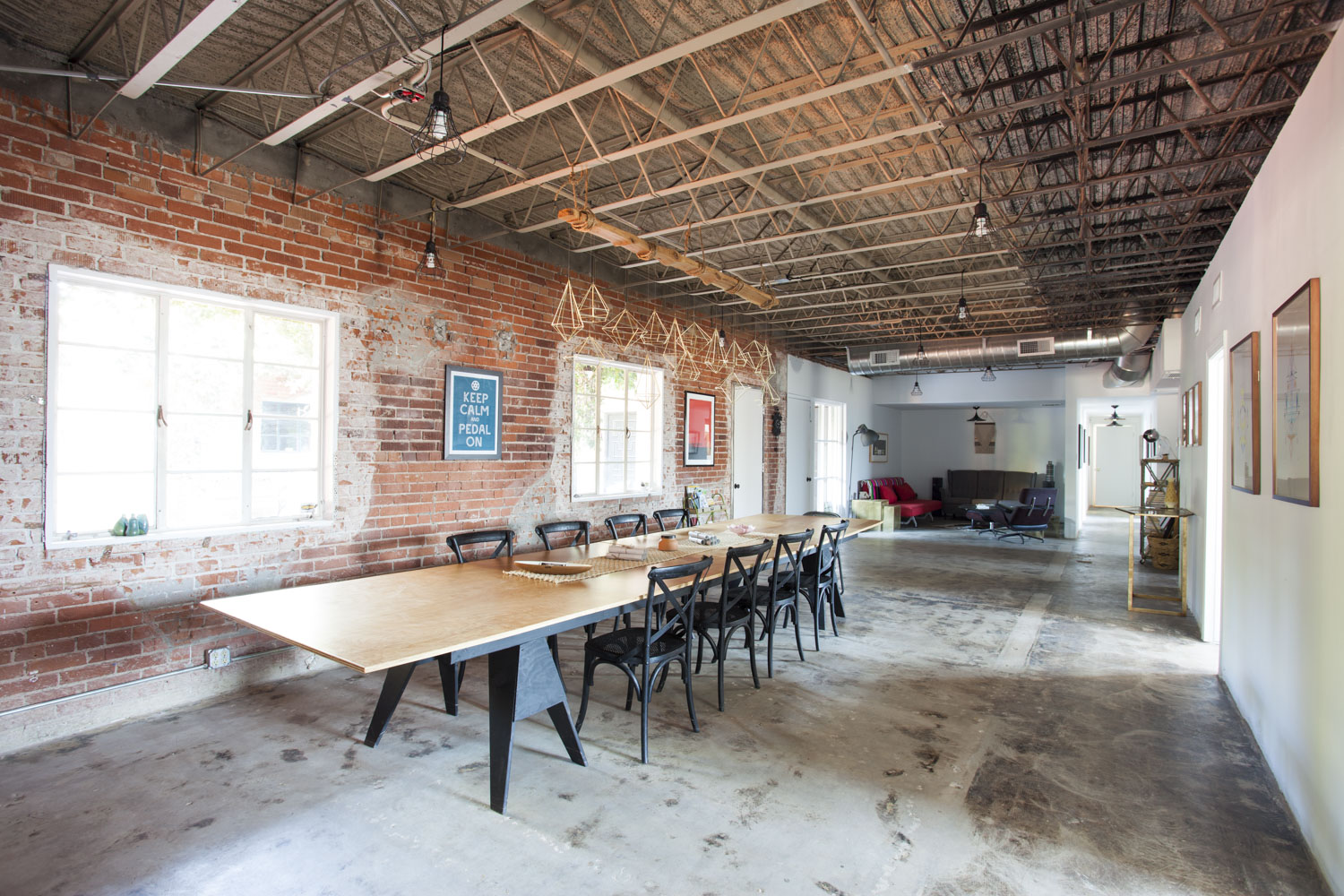 One of Rille’s proudest accomplishments is her work at the McKinley Club, a co-work space located near McKinley and First Avenue. “My husband was looking for a place to office for his real estate business,” said Rille. “We were both actually looking for workspaces. He found the building and fell in love with the bones of it. I could see underneath years of bad renovations that it had the potential to be a really good space. We set the bar pretty high for ourselves. We weren’t sure what it would become at first, but then I decided it would be a great portfolio piece for Rille and Co., so I went to town designing, furnishing it and decorating it,” she said.

Celine had spent the early part of her career working in uninspiring office settings, and she didn’t want to continue that trend, so one of the core components of the concept is that work should be fun and inspiring. The McKinley Club offers three different types of memberships that provide various perks to the members. What caught Rille off guard was the community’s response. The building was full of members almost immediately, and the community came together in ways that she couldn’t have imagined.

Rille hired Kim Larkin—former director of Modified Arts and current owner of MXD Arts—to curate the art at McKinley Club. Larkin says she tries to make selections according to the style of the space, which she feels represents bold, lively and classy art. Though there are more and more co-work spaces in Phoenix, Larkin feels that the McKinley Club offers a unique angle. “What’s different is that this is more of a community space. The people who are working here are almost all creatives. Everybody feeds off each other. Yet, it’s very diverse as far as the types of businesses here,” said Larkin. 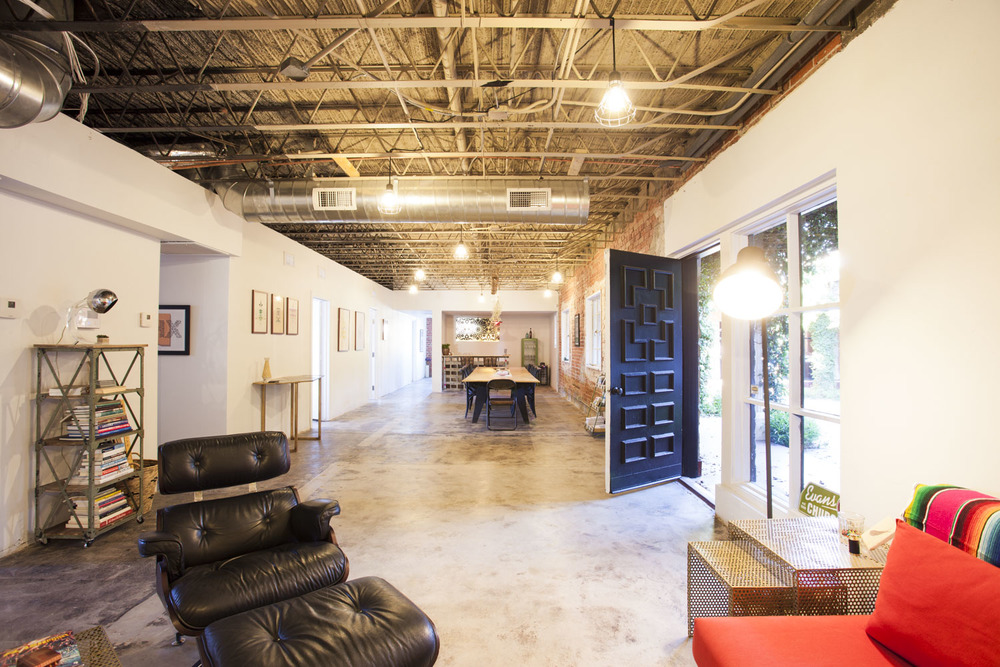 In terms of creative process, Celine says hers varies from project to project. However, one of the consistent aspects of branding any concept is finding out what its story is. “That is the most important thing to me,” says Rille. I looked at [former President] McKinley’s life story. We picked one of his sisters and created a dialogue around her. Once I had the story, then I created the visuals for it. Everything always comes back to that story. It’s rooted in there to make it meaningful, rather than just look pretty.”

“The most rewarding thing is how it’s brought the downtown community together,” said Rille. “People come there wanting to commune. We’ve had several fundraising events. We’ve had gay weddings, straight weddings. I love standing back and looking at a room full of people together. That’s the biggest thing to me.” This all ties back into Rille wanting to help create a city where she wants to live. The McKinley Club is in many ways an incubator where people make connections and try to reach that same goal: Make Phoenix exceptional.

Roland’s Market represents Rille’s vision and drive. Located near 15th Street and Van Buren, the 1917 building was originally a Chinese market, back when Phoenix had a substantial Chinatown. A man by the name of Roland purchased it in 1941 and turned it into a restaurant to serve the Chinese population. Despite having multiple owners over the decades, a lot of the bones of the building are still intact.

Celine and her partners are currently working to return the building to functional condition. It’s a little too soon for it to become a restaurant or bar, even though historic spaces are in high demand. Rille believes it will initially best serve as an office space for a unique tenant. “Once this becomes more of a walkable neighborhood, we will consider other uses. Right now, we are ahead of the curve, so we have to be patient for the time being,” said Rille. 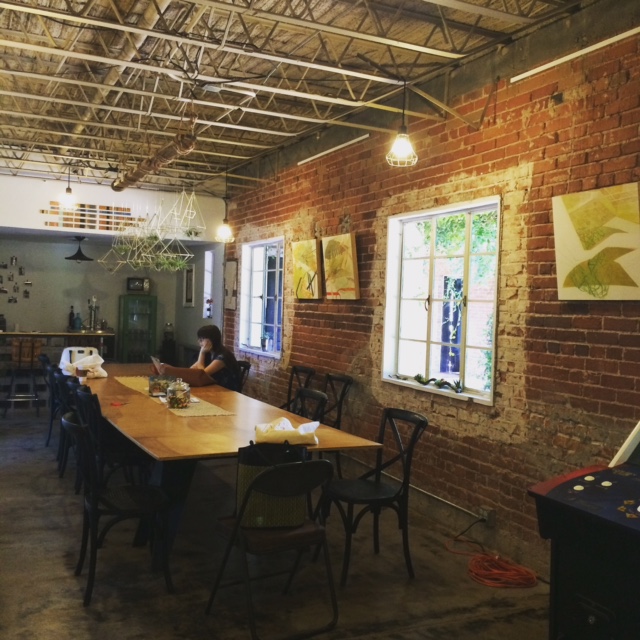 Rille enjoys the process of uncovering history and bringing places back to life, which is helping push Phoenix forward. “It’s cool to be able to go into parts of the city that need help. We try to breathe the life back in, which is great for neighborhoods,” said Rille.