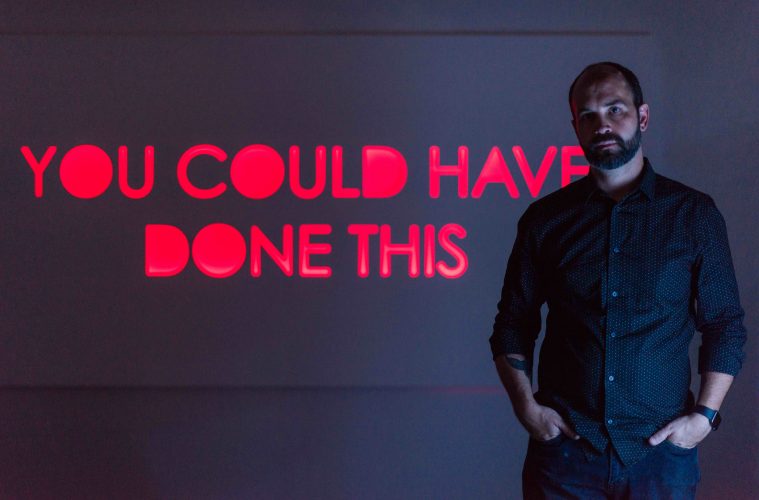 Craig Randich on Art and Business 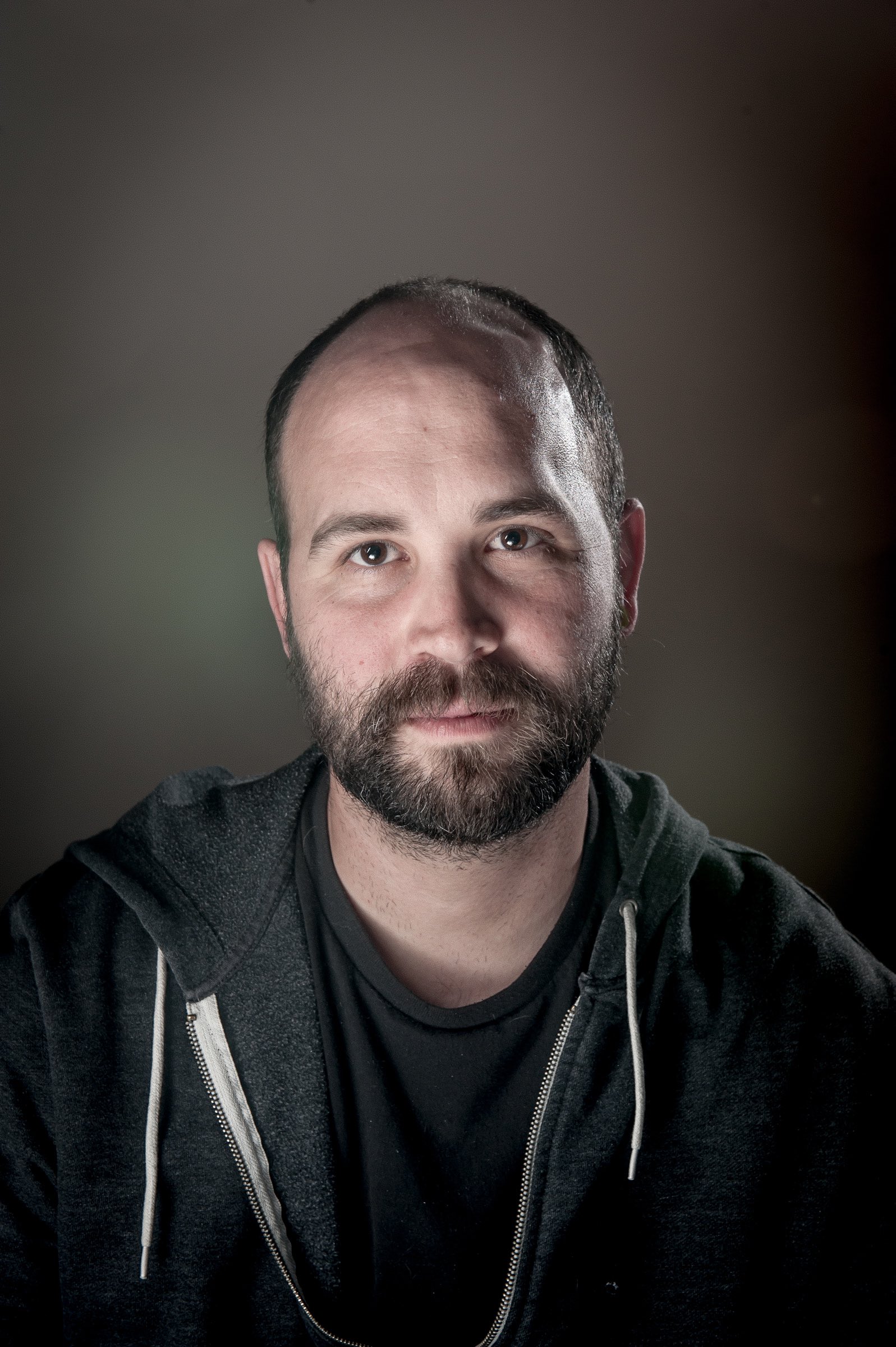 “I think I’m more poking fun than anything, because the business we’re in has a lot of nuances. When it comes to art, absolutely nothing is set in rules!”

When Craig Randich speaks about the high-stakes idiosyncrasies found in the art world, his enthusiasm is based on both fascination and exasperation. Trained as a sculptor, Randich has worked at every level of the gallery world. He was recently appointed director at one of the top contemporary galleries in the Valley and has managed to garner attention for his own work. Despite his modest beginnings, Randich has become a major player in the Phoenix art scene both as an artist and as an art dealer.

Randich was born in Bismarck, North Dakota, but grew up in the northwest suburbs of Chicago, in a town called Carpentersville. His parents had limited resources, but they went out of their way to give Randich and his siblings meaningful experiences. “Even though we didn’t have a lot of money, my parents were wonderful. They would get all four of us kids on a train for the hour-long trip into the city, and we would spend the whole day visiting museums. There was the Art Institute, the science museum, children’s museum, and more. Even though they weren’t that interested or experienced in the arts, they nurtured the creativity within all of us kids.” 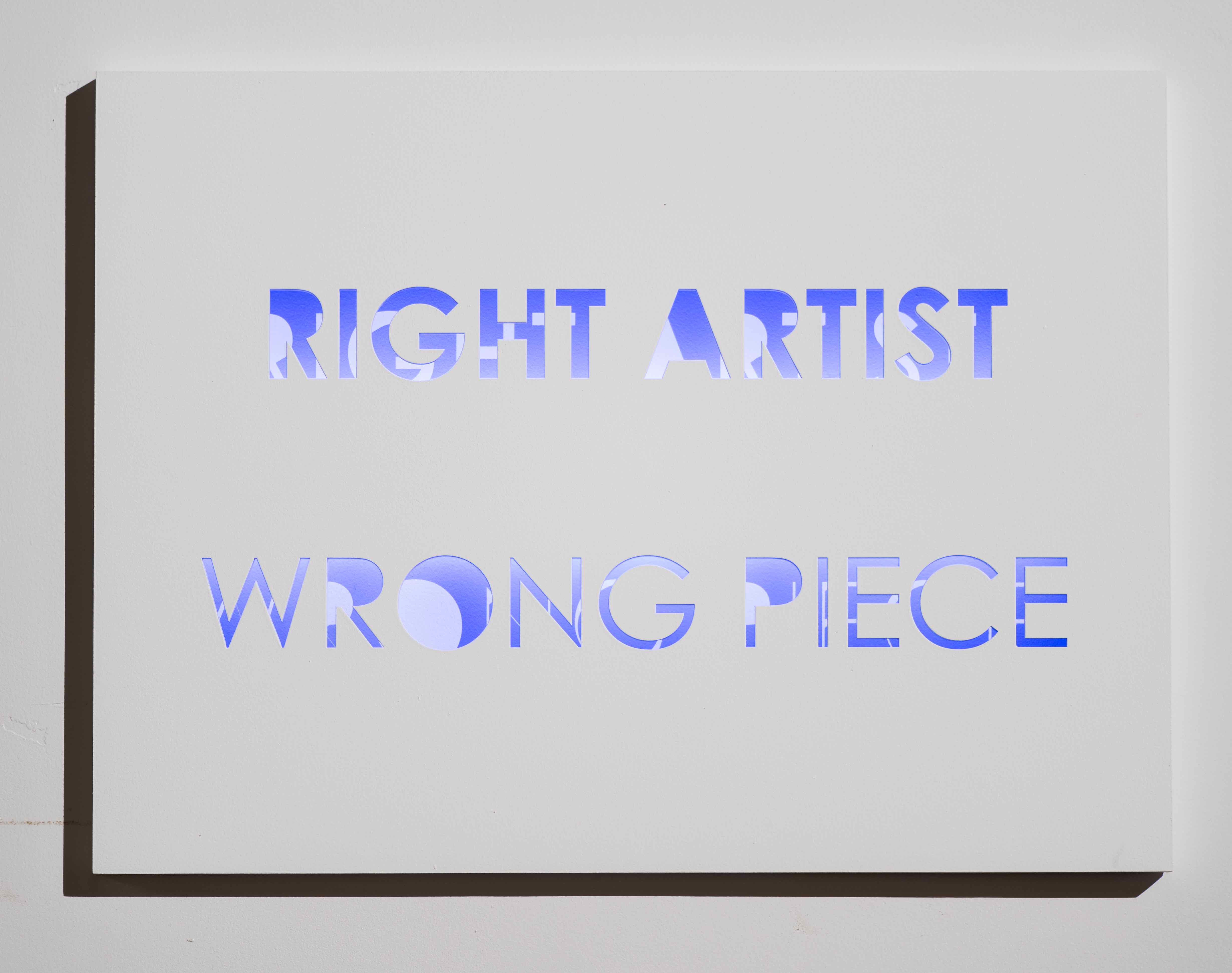 As a young adult, while he held down a day job, Randich longed for something he could be passionate about. He started taking classes at the local community college, where he explored his inclination to build things and an innate sense to be creative. “I just kept taking art classes,” he said. “After work, I would drive over to the college. I was taking every art class possible, from glassblowing to ceramics to jewelry making to painting, and sculpture, of course. Welding, brazing. Then at some point, I decided I needed to get an actual degree.”

Randich moved to Phoenix after his acceptance into the architecture program at Arizona State University. Even though he previously had great interest in studio art, he chose architecture for pragmatic reasons. He would soon realize that architecture was not his real passion and would inevitably change his major to art. “With architecture, you’re not totally engrossed in the process, it’s more of the concept,” he said. “When I was at ASU as an architecture student, the north side of the building where I would take classes overlooked the sculpture garden. I would constantly see sculpture kids making things – doing bronze pours and all that. I just kept looking down at what they were doing and, even if it wasn’t the most financially correct thing, something inside me was saying just go for it.” 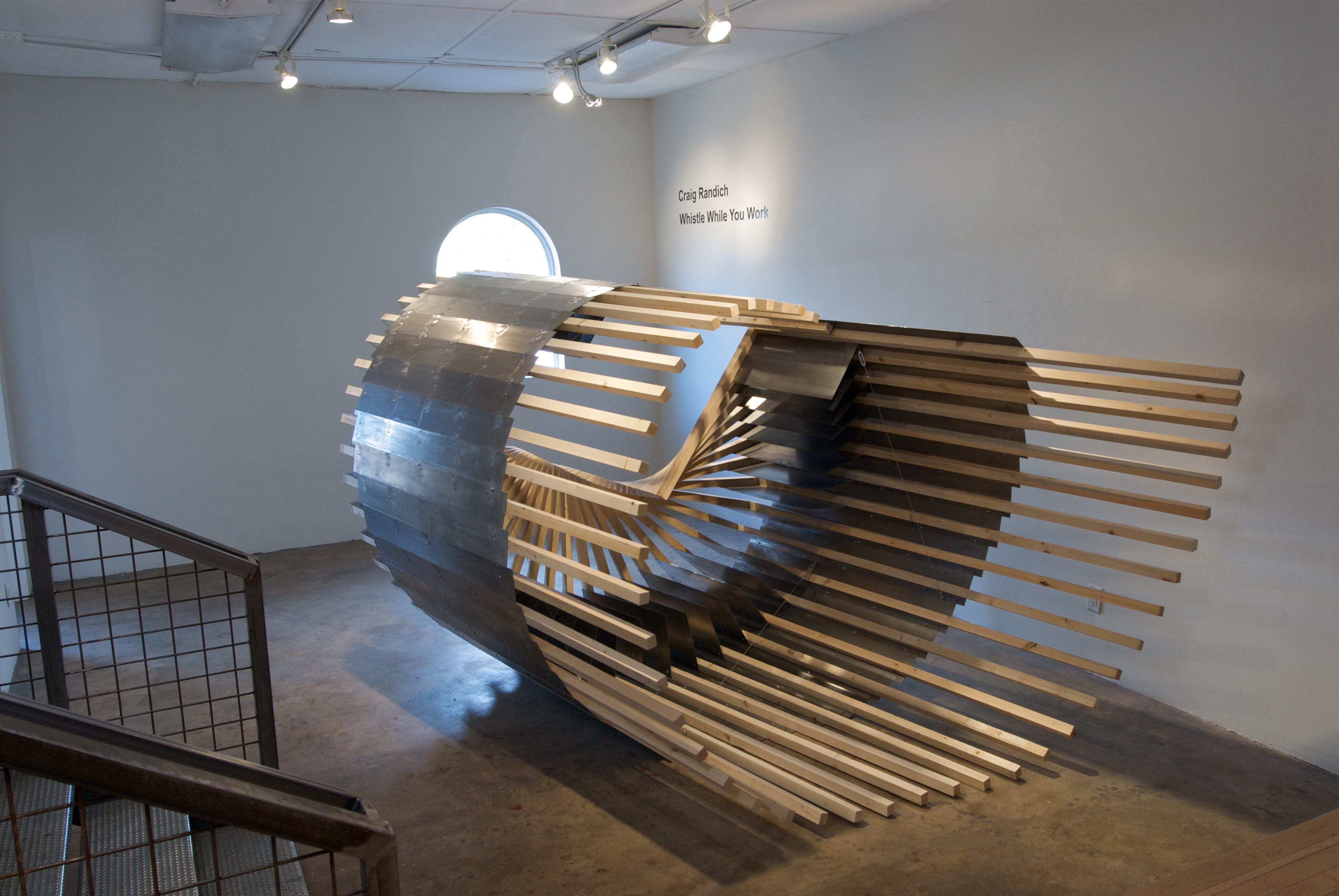 While at ASU, Randich became well known among the MFA students for his aptitude as a craftsman, resulting in his assisting several of them in the installation of their thesis shows. One of the grad students was so impressed that he recommended Randich to fill a recently vacated position at Bentley Gallery. Not more than a couple of months after receiving his BFA in sculpture, Randich started his new position as assistant preparator at the prestigious gallery.

He did all the behind-the-scenes work needed at the busy gallery: handling artworks, installing monthly exhibitions, and delivering work to clients. Eventually, he was promoted to head preparator. At the same time, he also worked as a registrar and handled sales. Randich learned all the ins and outs of the art business and would find this experience invaluable. This led to his becoming assistant director and eventually to his current position as the director of Bentley Gallery.

During his ascent to the head position at the gallery, Randich continued to make art. The time he could invest in his studio varied, but he always tried to prioritize his art practice. “It was hard to find the time to make work,” he said. “Being surrounded by art all day, because of that energy, you end up just exhausted. So in the beginning, it was harder to do the art thing or go to the studio after work.” 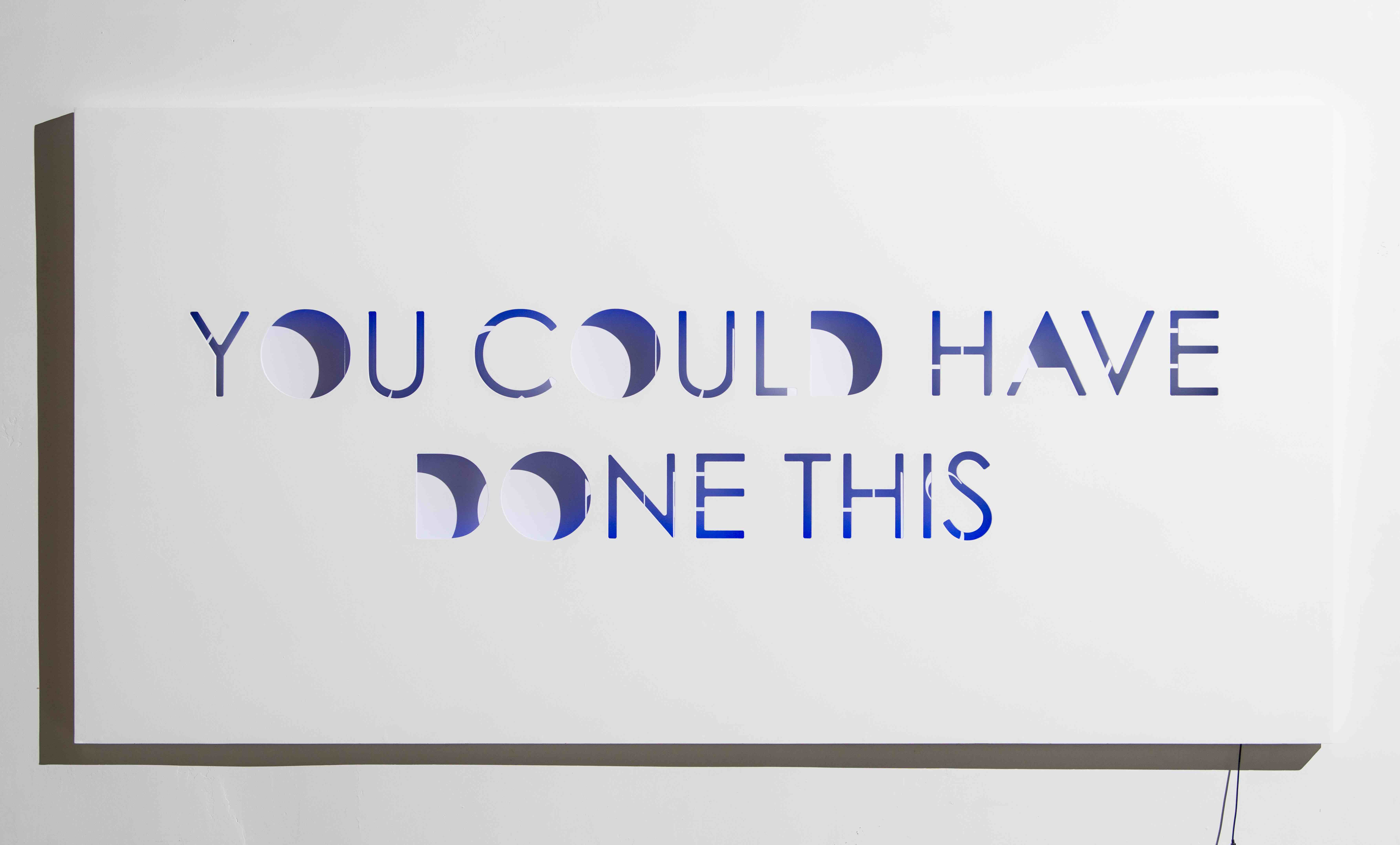 Randich joined Eye Lounge, an artists-run collective, in order to kick-start his studio practice. Every member is required to have at least one solo exhibition per year at the gallery. He made some memorable large-scale works, inspired by his architecture background, which filled the gallery to capacity. “It did motivate me a little more because there was that carrot at the end of the stick for your solo show. All artists like a little carrot, you know, something to work toward. Eye Lounge definitely helped with that.”

During his tenure at Eye Lounge, Randich began developing his text-based work, inspired by his fraught relationship with language. This resulted in pieces filled with obsessively repeated phrases. “That was my first taste of truly conceptual work, different from the architectural work,” he said. “I’ve always been fascinated with words in general. Those pieces with written words and sentences were based on things I’d heard in the art world, like, ‘I did it better’ or ‘I know everything,’ stuff I’d picked up from other artists. My current body of work is talking about me being an artist andan art dealer, how there’s an interior struggle with making your own work without stepping on the toes of the artists you represent.”

Randich’s most recent body of work also utilizes text but delivers biting commentary on art-world banalities through statements that seem just absurd enough to be true. Of course, this is all done with tongue firmly in cheek, as he lovingly skewers everything that surrounds him. “I mean the art market, especially the auctions—they’re unregulated. It’s one of the last financial markets out there that isn’t regulated, where investors speculate on whether prices are going up or down. It’s pretty fascinating.” 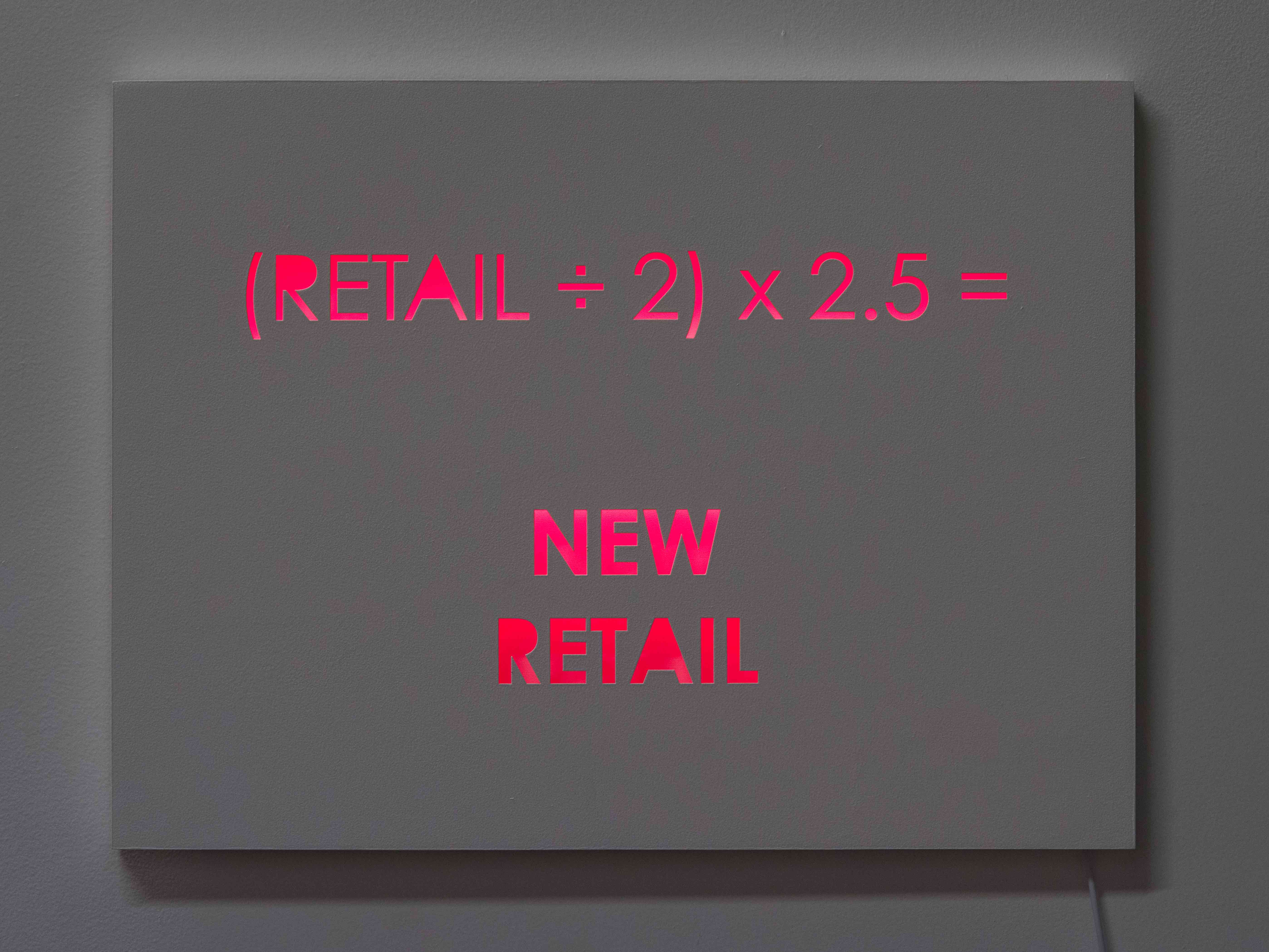 With a sharp sense of humor indicative of his outlook on art and life, Randich’s c’est la vie attitude might stem from the numerous medical ailments he has endured in his relatively short life. At one time he suffered an abnormal bone growth in his head, and an infection in his bloodstream nearly took his life. Just last year, Randich was diagnosed with pancreatic cancer. A portion of his pancreas had to be removed, making him cancer free, but he continues to deal with the effects of the procedure. Despite, or perhaps because of, these hardships, he’s retained the ability to laugh. “I try not to take things for granted, and to be there for people a little bit more, because that’s important to who I am.”

Randich wants nothing but great things for the Phoenix art scene. Anytime he has a chance, he advocates for artists and advises them on how to be more successful. “I tell them that art is an extremely hard profession,” he said. “At first, you’re going to be doing everything yourself. I suggest that they take marketing and business classes, anything that can help them get their work out there.” 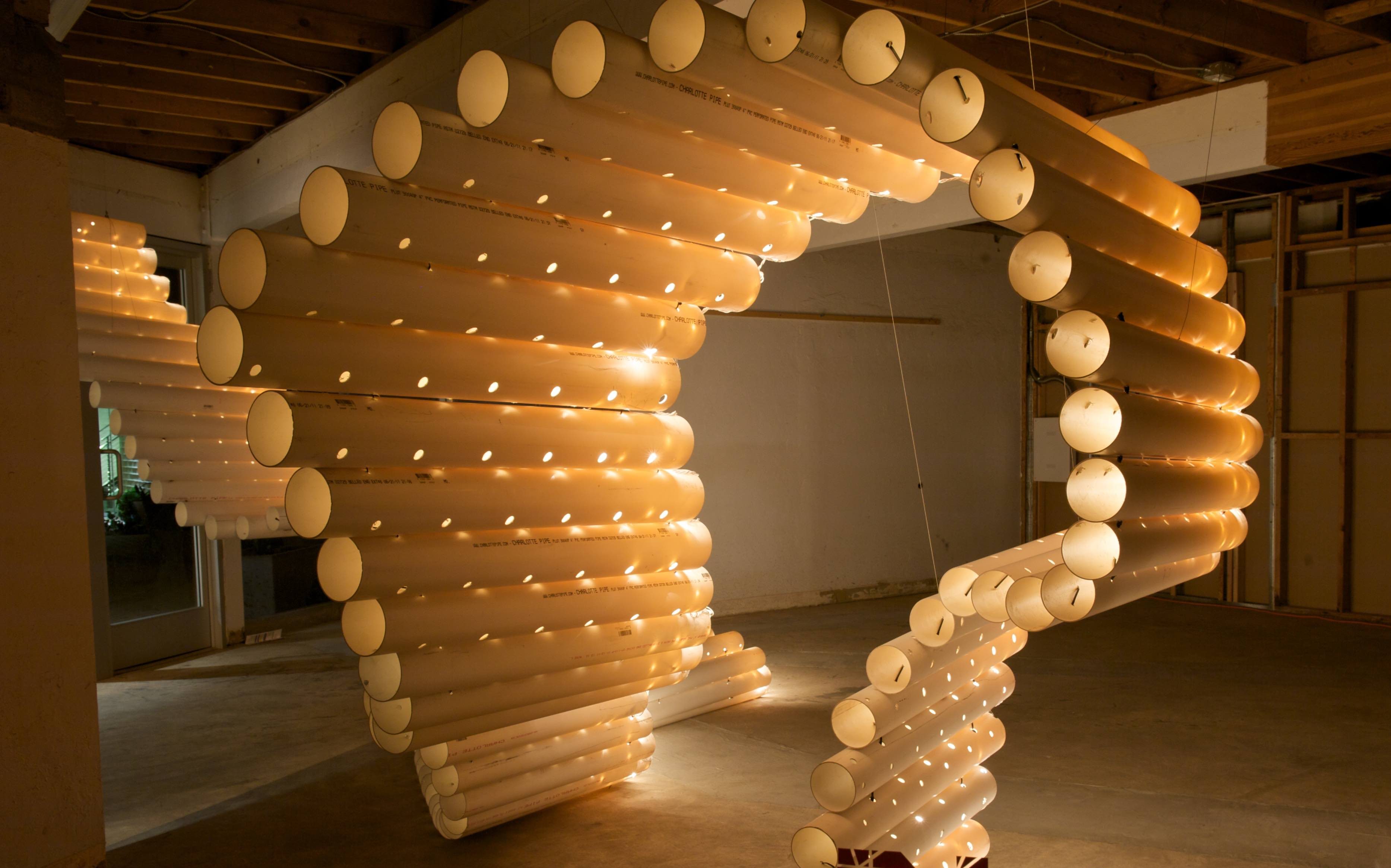 Randich has an even busier season coming up this year. He has a solo show of his most recent text-based works this month at Fine Art Complex 1101 in Tempe. In addition to working full time at Bentley Gallery, he is also in the process of creating a large-scale sculpture that will be the centerpiece for True North’s forthcoming Cambria Hotel. Randich won the competitive call to artists and was awarded $100,000 to create an iconic shade structure for the hotel’s entrance. He has done some public art installations through IN FLUX before, but nothing of this magnitude. Randich hopes to contribute to the great works of art that make downtown Phoenix such a unique destination.

“It’s surreal to think that this [Cambria Hotel] piece will surpass me,” he says. “It’s going to be on the planet for longer than I’ll be here. That’s pretty magical.”