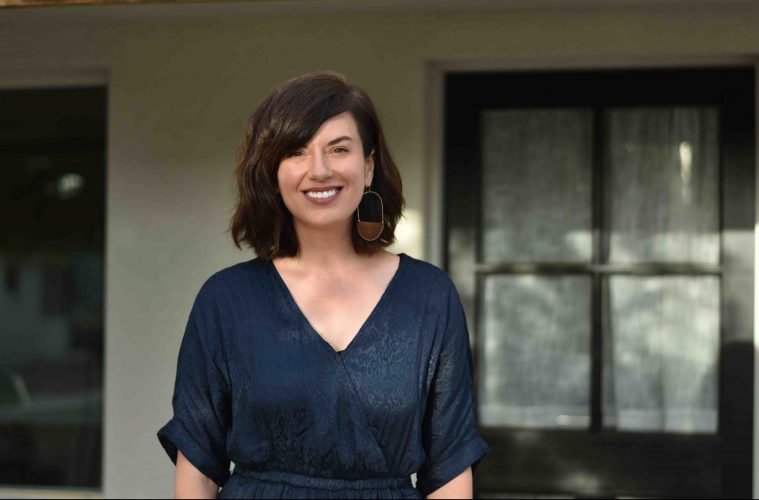 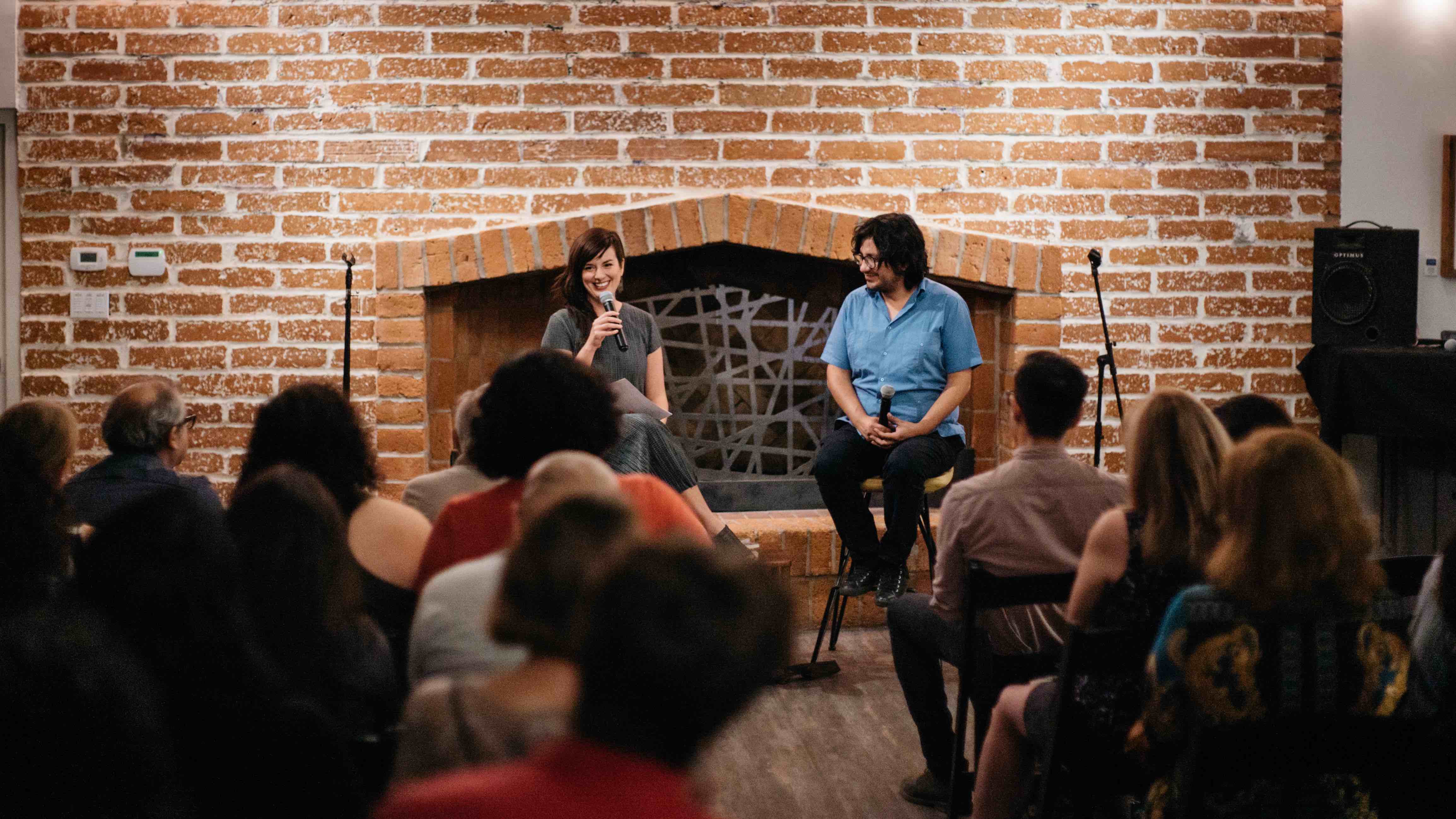 Casandra Hernández Faham strives to create community. She does this by producing inclusive and imaginative programming with some of the most vital organizations in the Valley. In doing so, she wants to cultivate constructive narratives that we can build on for a more hopeful future.

Recently, Hernández Faham was recognized for her work and selected for the National Arts Strategies Chief Executive Program. She’s part of a prestigious group that will “explore leadership and strengthen their efforts to drive change in their organizations, communities and in the cultural field.” She will collaborate and connect with community leaders all over the world in order to address some of the toughest challenges here in our region.

Hernández Faham was born and raised in Hermosillo, Mexico. Her mother owned a bakery specializing in healthy goods. She even had a television cooking show that Casandra would participate in from time to time. While her hometown was not considered a cultural hub, she was exposed to culture early on. “Growing up in Hermosillo, I was very much interested in history, the social sciences, and art – even though, at that time, there weren’t a lot of opportunities to see art,” she said. “There weren’t a lot of museums. But my mom always had us take classes, and we were immersed in it.”

When Hernández Faham was about to graduate from high school, her mother was given the opportunity to teach English in Phoenix as part of a bilingual education program. Her mother had grown weary of the realities of the political system in Mexico and knew she could only do so much within their current situation. Casandra’s parents also saw this as a chance for their daughter and younger son to pursue a better education and, hopefully, open up to more opportunities.

Adjusting to a new city and a new country was difficult for Hernández Faham at first. She started taking classes at Mesa Community College, but felt lost. All the things that had been interesting to her and that she excelled at, which were dependent on language, had been taken away due to her challenges with English at the time. “I spoke some English, but it was hard to navigate. I had taken it in school, but it was by no means a language that I felt comfortable with or one that would allow me to truly express myself. So I had this kind of double crisis of becoming an adult and choosing a career path while also feeling completely displaced.”

After getting through this difficult period, Hernández Faham eventually graduated from Arizona State University with a degree in anthropology. She thought she would work at a traditional museum but instead found herself working at an archeological site run by ASU – the Deer Valley Petroglyph Preserve – in northwest Phoenix. She became a part-time teaching assistant at ASU and ended up staying for graduate school. 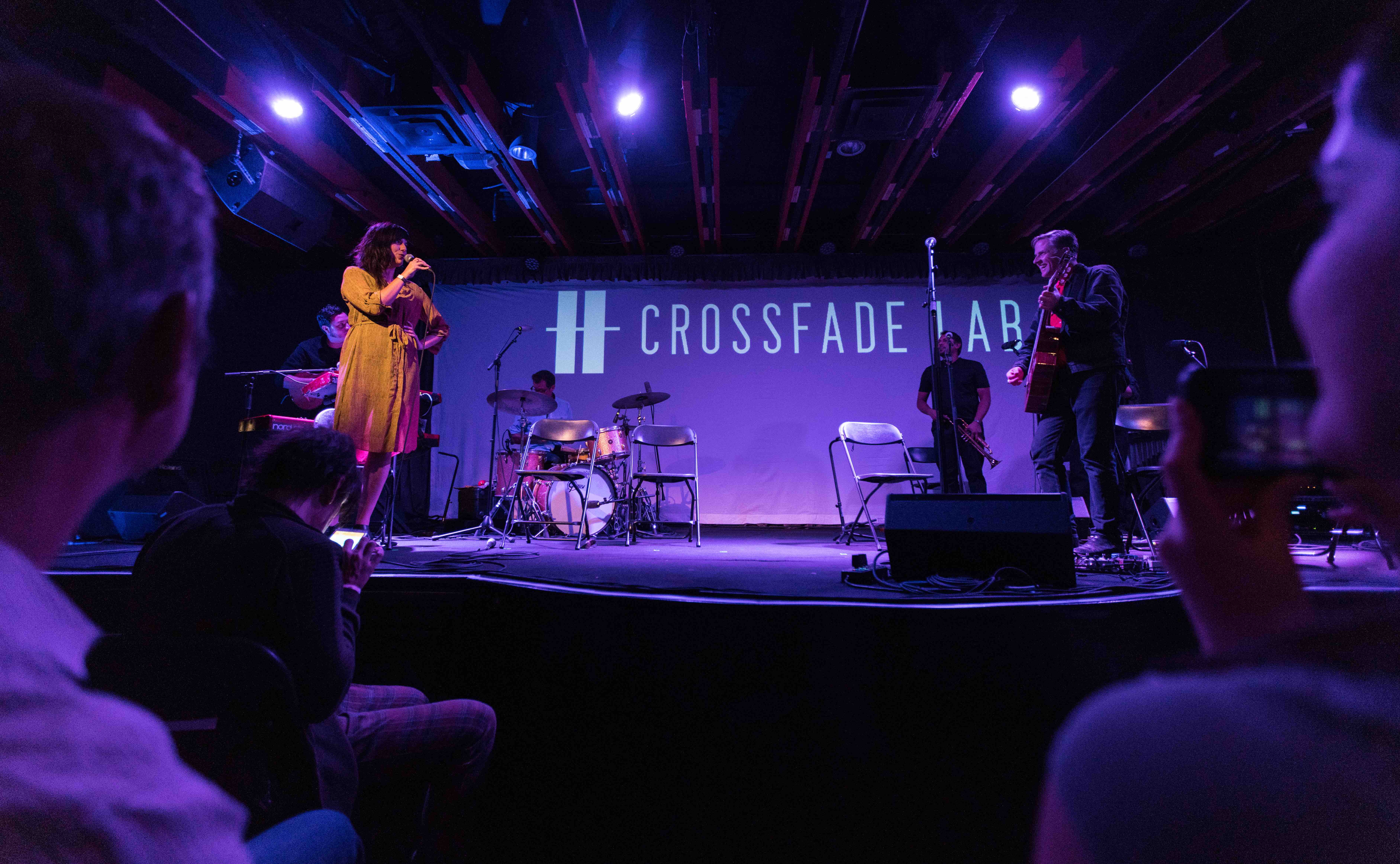 Casandra worked at the preserve for nine years, starting at the front desk and eventually becoming the education and programs manager. “I’ve always had a passion for the arts,” she said. “But I trained as a social scientist, and I found myself in a very straightforward social science environment. Then I met a really good friend, Mary Stephens. She was coming out of theater (Performance in the Borderlands), which I found really fascinating, and we started talking about our common interests. Then we started producing work together.”

One of the more memorable events Hernández Faham helped produce involved Nemcatacoa Teatro, an arts collective from Bogota, Colombia. The performances featured dramatic white costumes with elements of dance and skilled acrobatics with stilts. They touched on the loss of land and the erasure of identities in the desert. “I saw how different it was to open up conversations through an artistic space as opposed to an intellectual space,” she said. “I saw people being moved. I saw people open up and reflect in ways that I hadn’t seen at any lecture context – or academic context – and I think I was hooked at that point.”

Hernández Faham flourished in school and was thriving in her field, but not without some uncertainty. She would face constant challenges concerning her residency in the United States. The whole family was supposed to be able to live, work, and go to school in the United States through her mother’s job. But the combination of an error during the visa application process and Hernandez ceasing to be a dependent of her mother would leave her in immigration limbo. 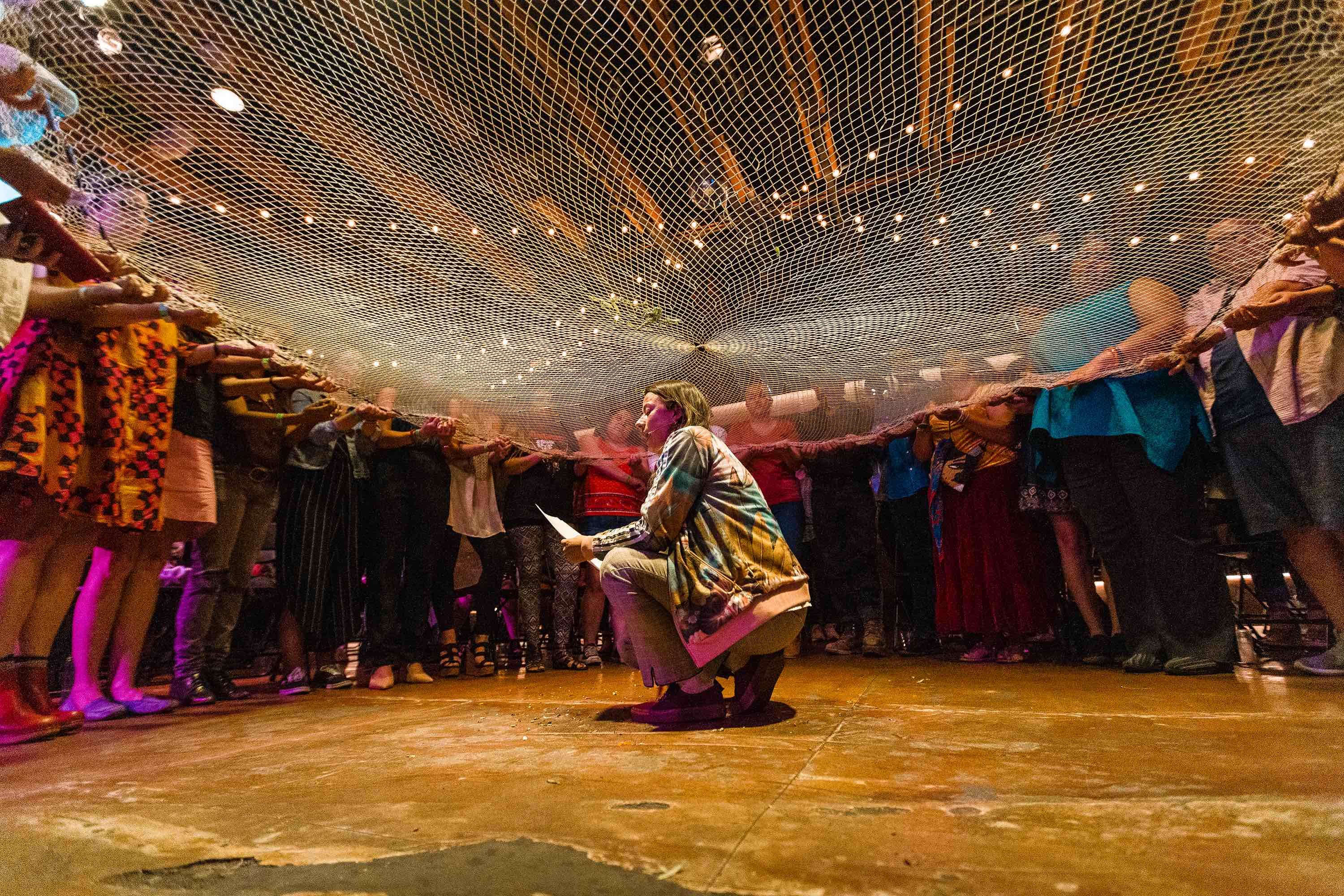 “I don’t think a lot of people know that I’ve been on every type of visa imaginable for eighteen years,” she said. “It’s been a real journey. Sometimes I don’t talk about it because compared to the experience of so many others, I have it easy. I am very privileged in many ways, but sometimes I feel like people don’t understand. A lot of us are walking around carrying stories, and these are kind of secrets we have. We are expected to fulfill our responsibilities in the same way as everybody else, but we don’t have the same means or the same opportunities.”

“In 2011, my cousin got married in Hermosillo,” she said. “I had already been working here with a work visa. I went to the wedding, and to come back, all I had to do was this very straightforward visa process at the consulate – like a next-day kind of process. Long story short, they denied my visa and told me that they didn’t believe that I should have been here in the first place, even though I had every document to prove that I had already been living and working here. So I was there for two months fighting for the right to come back to my life. Again, it feels very strange to share this story because I know so many other stories that are absolutely gut-wrenching. But this is the one I have – it is mine.”

Hernández Faham would continue to help artists create and connect at the Arizona Commission on the Arts. She received a grant to craft a statewide pilot program for artists called AZ Artworker, which continues to this day. It went a long way in putting the work of Arizona artists in conversation with work happening in other places through workshops, collaborations, and networking. It also allowed Casandra to work more closely with artists and understand their perspectives. “Sometimes we take for granted the resiliency of artists,” she said. “Historically, artists have made work in some of the most difficult and precarious conditions. It’s very humbling to understand their perspectives, to see how the work really happens, and realize just how haphazard the support has been and continues to be.”

Hernández Faham’s current position is executive director for CALA Alliance (Celebración Artística de las Américas), a Latino arts organization that has been providing the Valley with meaningful and progressive programming. The most visible program is an event series called Crossfade LAB, which gives a platform to “internationally known Latinx and Latin American artists from Arizona, the United States, and the Americas.” These events are both thought provoking and entertaining, with conversations about politics, art, and the current issues we face as a society. They have featured Grammy award–winning musicians, experimental composers, and acclaimed performance artists. 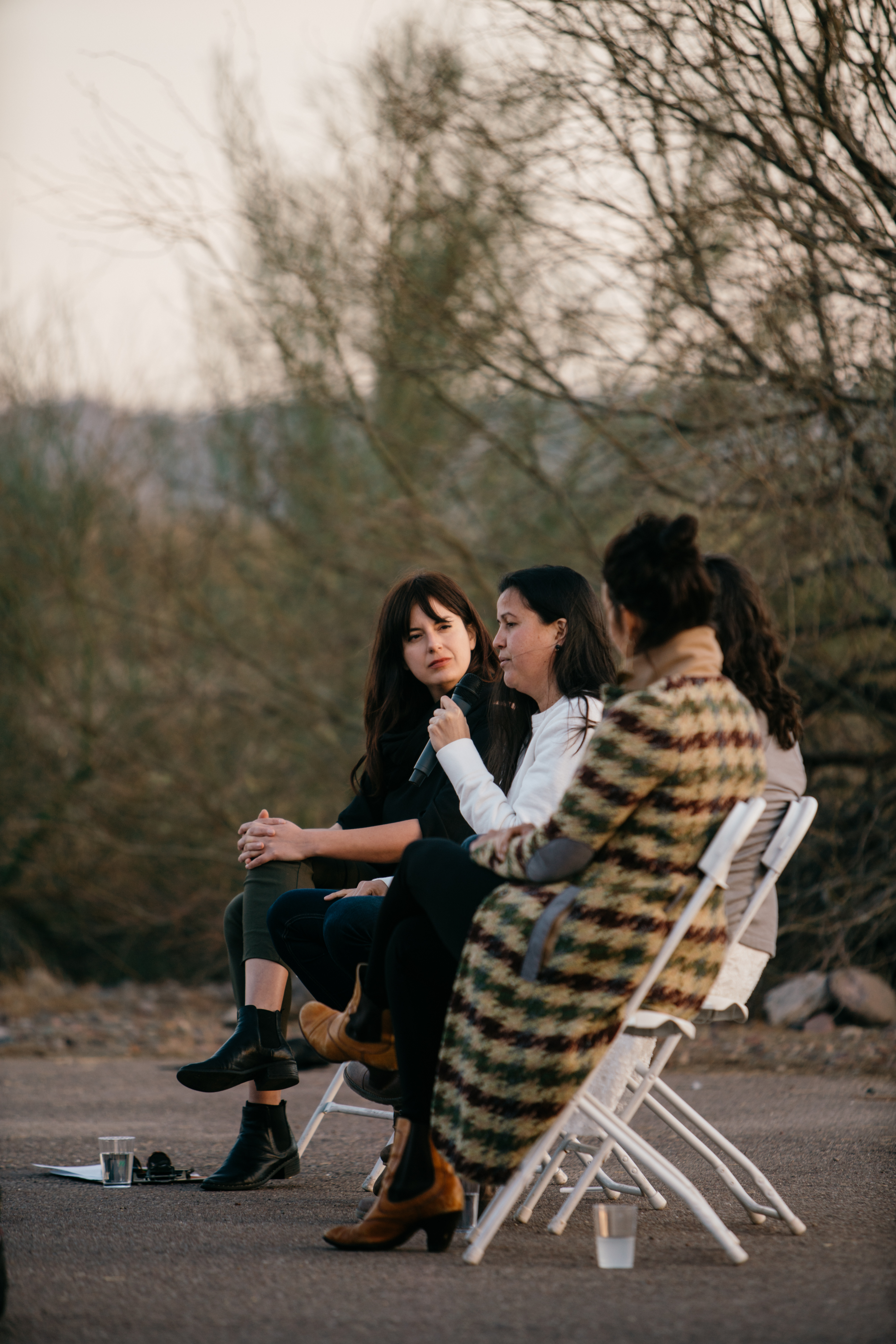 “We Are Currents” A Conversation on Water with Natalie Diaz and Ana Maria Alvarez (February 2018), photo Lamp Left Media

“At CALA we’re very interested in what is happening right now, so we work with contemporary artists,” Hernández Faham said. “We have a lot of respect for tradition and a lot of respect for these incredible lineages of artists that have shaped the conversations happening now, but we’re very much interested in the art that is being made in our times, that is thrusting our imagination forward.”

Another CALA initiative is the GDL>>PHX Residencias Artísticas. Latinx artists from Phoenix are given the opportunity to travel to Guadalajara, and artists from Guadalajara come here, in a kind of cultural exchange. In doing so, they are able to advance their art practices and experiment with new techniques in the context of these two rich cultures entwined in the complexities of today’s politics. This kind of cultural engagement is now even more important as Arizona becomes a flashpoint for larger national debates.

“I feel like there is a lot of anxiety here that comes from this imaginary landscape that a group of people have created for themselves that has nothing to do with the history of this place, with the environment, and the realities of geopolitical movements. I don’t know how long we can go on hanging on to these narratives that are not serving us as a society. This is not good for anybody, and I want to see that change. Nationally, we are having a conversation that I have never seen in my time in the U.S. Obviously, it is also happening within the very painful context of people literally losing their lives and kids being caged. We have an opportunity to really reflect upon what we value as a society and whether we actually want to build up and sustain that.” 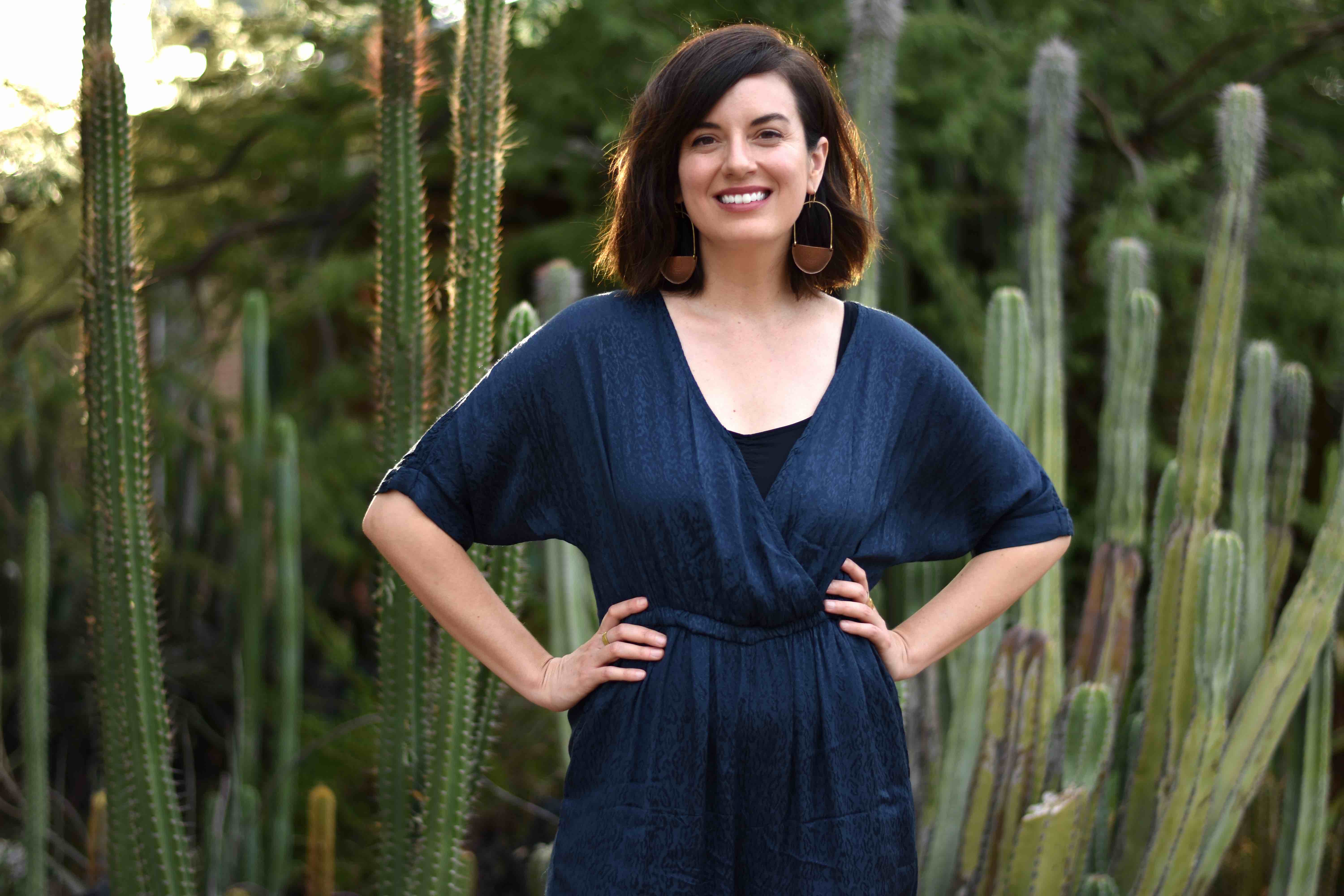 Sabor: A Culinary Celebration of Baja