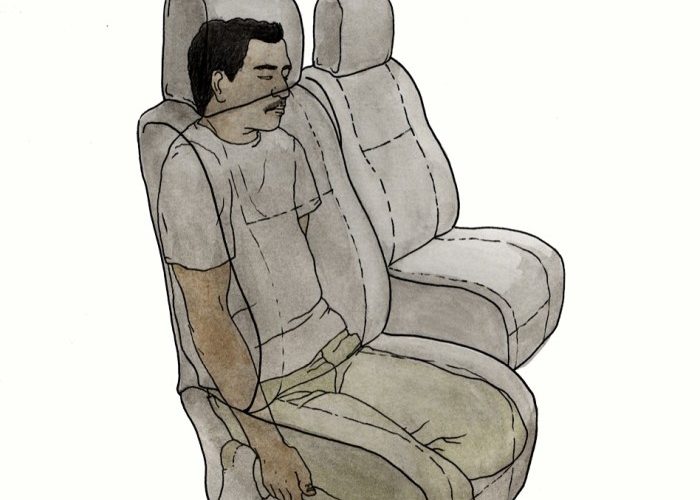 Julio Cesar Morales’ exhibition Hopefully Invisible has a disarming quality to it. A quick glance reveals watercolor paintings of beloved cartoon characters like SpongeBob SquarePants. Then, inanimate objects, like a washing machine or car seat, come into view. Witty non-sequiturs such as “Cocaine Pringles,” rendered in black text on white paper, are also framed and hung. Passersby often chuckle at the phrase “Cocaine in Fake Butt” before moving on. On the surface, this humor makes Morales’ work seem approachable, but behind the ease and familiarity is a more sobering message. 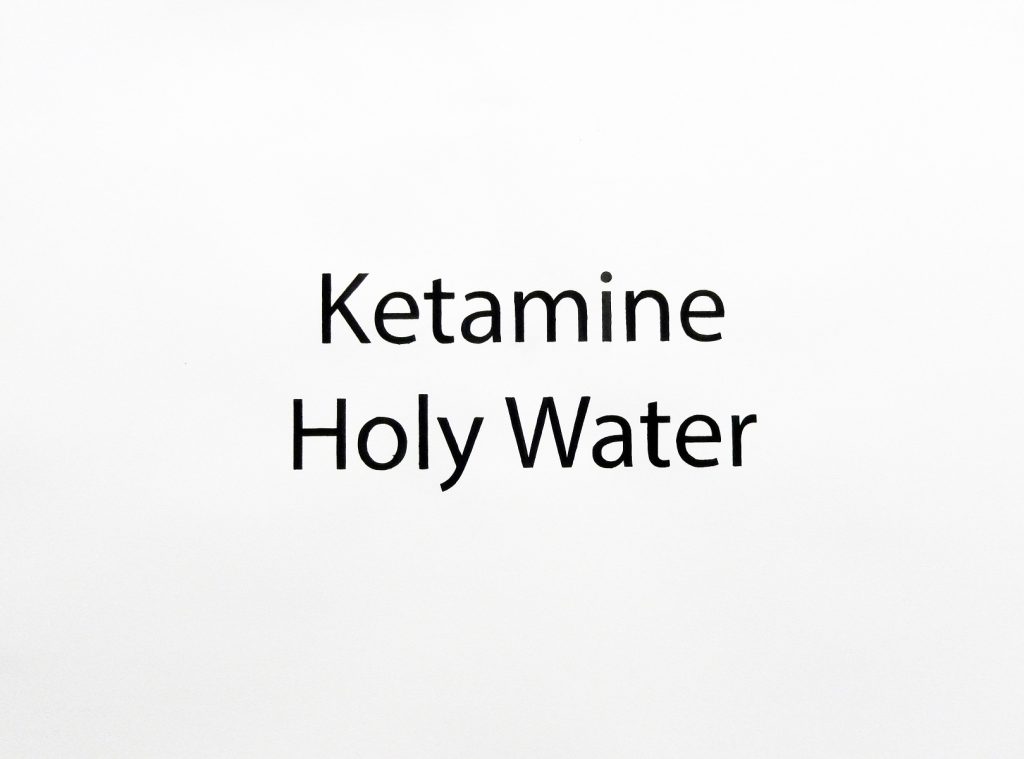 Morales has lived in Phoenix for four years and is currently the curator of visual arts at ASU Art Museum. He uses his work to explore “issues of migration, underground economies and labor, on personal and global scales,” according to his press release

Hopefully Invisible, at Palabra Hair • Art • Collective through January 19, contains two distinct bodies of work. The first, Undocumented Interventions, is an ongoing series “culled both from the artist’s memory of growing up in the Tijuana/San Diego area and actual photographs from the U.S. Customs website.” It highlights the unexpected means used to transport people, including children, and narcotics across the border.

The paintings present themselves like scans from an x-ray machine, revealing how ordinary objects are modified in surprising ways. One painting shows a man in fetal position tucked inside a washing machine, another shows one migrant fitted inside an upholstered car seat and another inside a car’s hollowed-out dashboard. The aforementioned cartoon characters become unsettling once you understand that a child is concealed like contraband within a piñata.

The second body of work, titled Narco Headlines, features “works on paper based on failed drug trafficking attempts from media headlines and translated to ink and watercolor renderings.” This series’ minimalist presentation contrasts nicely with the more detailed, technical paintings that they hang with. Removing context from the headlines creates a level of absurdity that borders on disbelief: “3.5 Pounds of Meth Found in Jalapeños.” Still, we are assured that the information is real, only Morales has recontextualized it within gallery walls instead of printed publications. 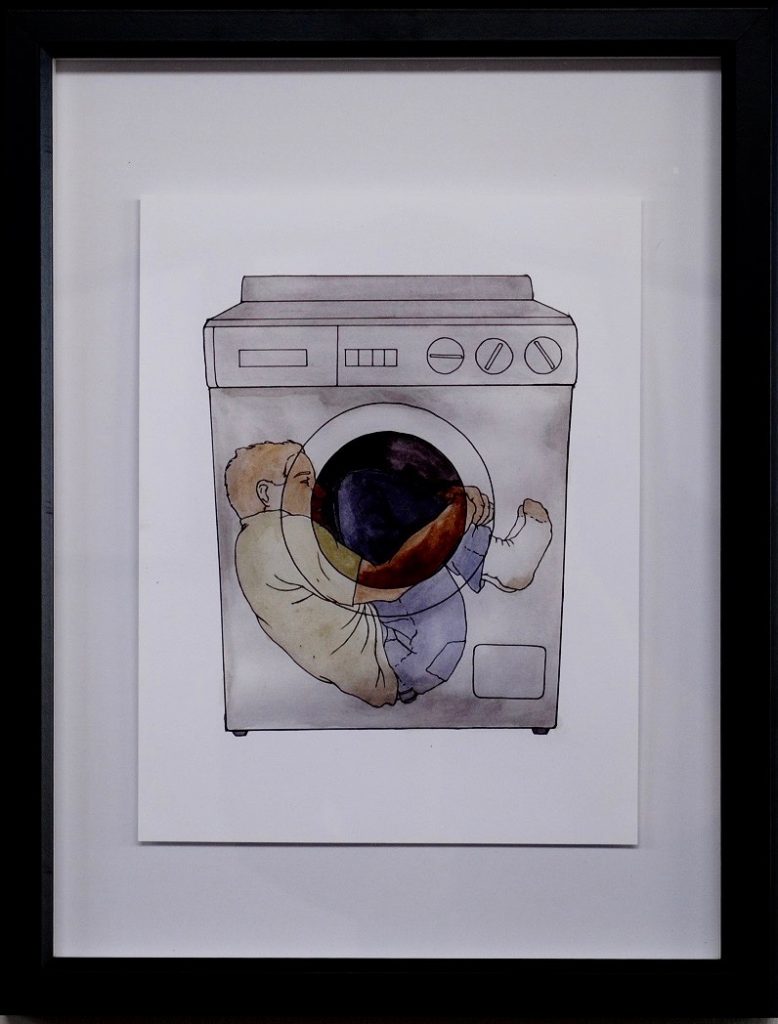 There is a playfulness coating the somber meaning underneath: a plea for humanity to acknowledge larger complexities surrounding the U.S.–Mexico border. Headlines such as “Drugs Sewn into Puppy’s Stomach” provoke disgust while also asking the viewer to recognize the human needs and appetites that drive the underground economy.

Our current political climate makes it easy to feel overwhelmed about border and migration issues. Although mainstream media coverage aims to keep us engaged, informed and tantalized, certain words and phrases lose their edge due to repetition. Morales’ work portrays these highly politicized issues with a fascinating depth and a glimmer of humor that helps the medicine go down.

Morales will be speaking in the gallery on January 6.