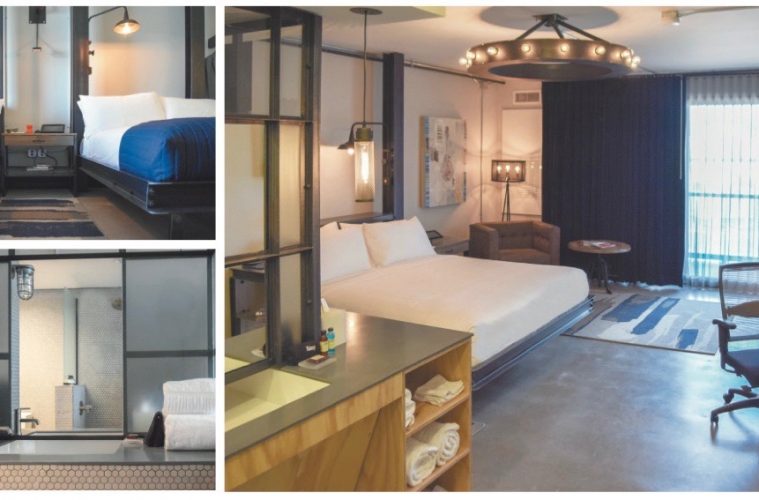 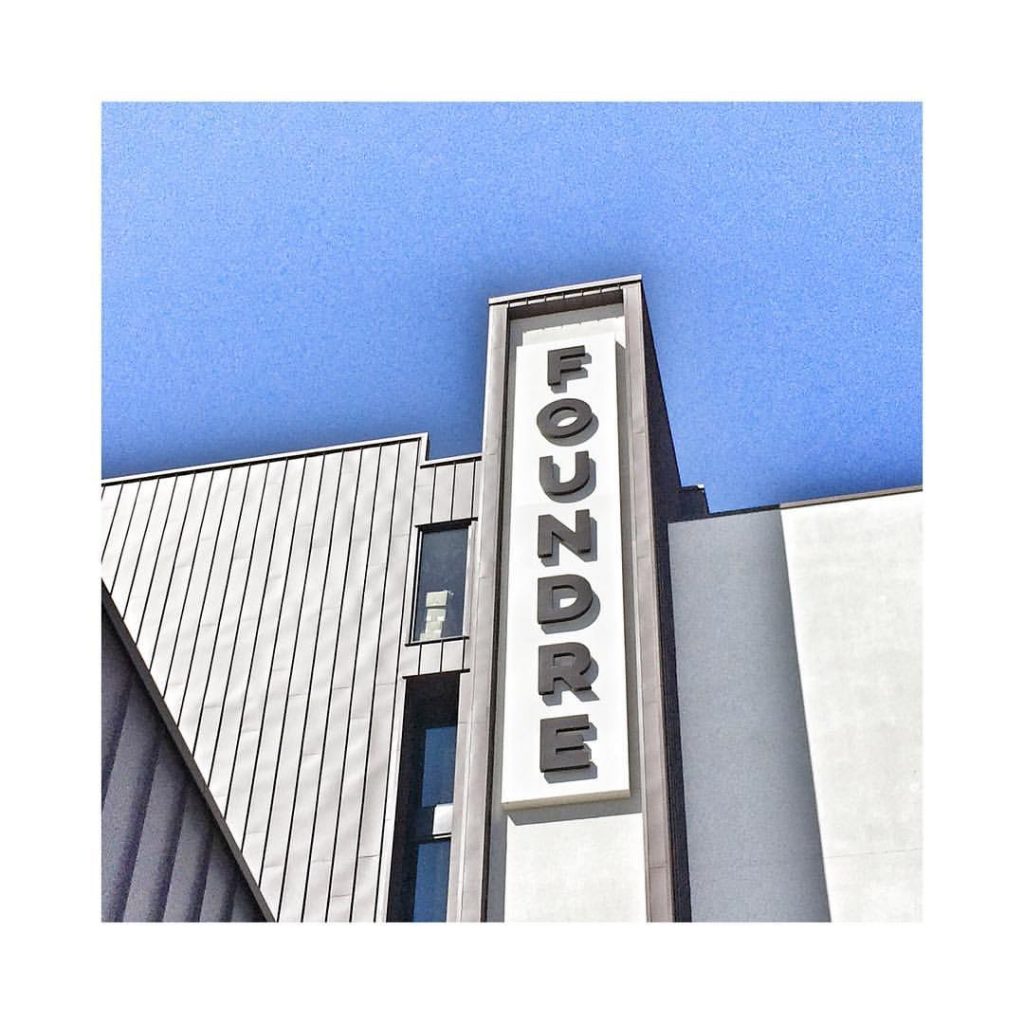 Visitors traveling along the Central corridor toward downtown Phoenix have witnessed many changes to the surrounding edifices. One of the façades along the light rail tracks that stands out is the former Lexington Hotel. In the early 2010s, the Lexington seemed like a lonely, outdated, stucco sore-thumb.

In 2011, members of the development group Habitat Metro and hotel developer BOND Partners purchased the hotel. They operated it for about a year and then closed it in 2012. “We got tired of using Scotch tape and chewing gum to keep things going, so we came up with a redevelopment plan,” says owner (and Habitat Metro partner) Tim Sprague. 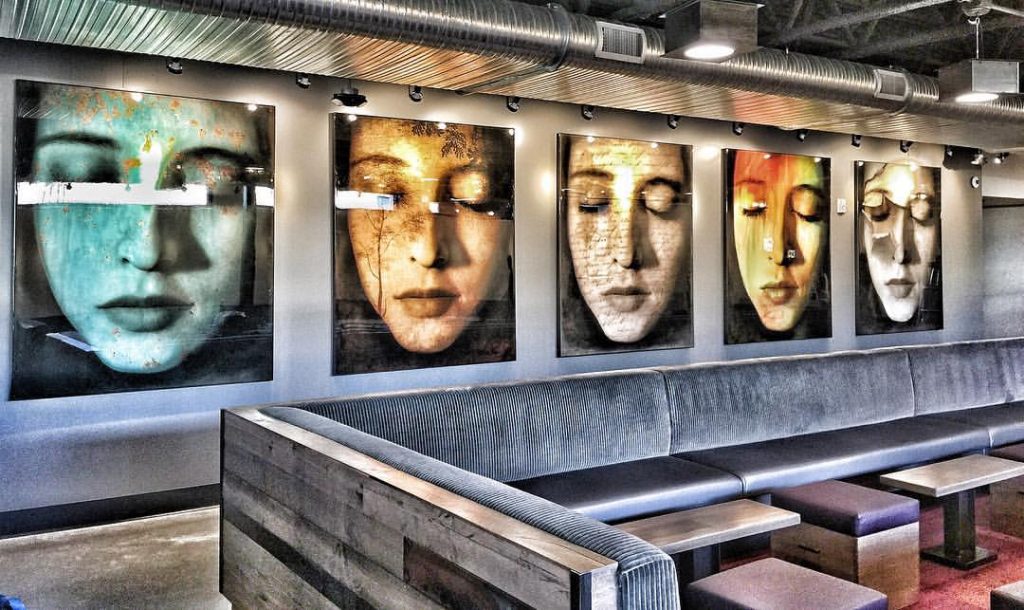 FOUND:RE boasts 105 guest rooms, a handful of which are considered deluxe and have been updated with ample balconies. At the time of this writing, bookings were stated to be at around 90 percent capacity for the hotel’s opening month.

Before the unveiling, many locals wondered how the FOUND:RE would be different from the Lexington. “The materials and color palette have completely changed. We have a lot more metals involved; more of an industrial aesthetic,” general manager Vittal Calamur describes. “We have deluxe rooms that run up and down the Central corridor that have added balconies, so on the exterior, things have changed as well.”

The feeling inside the FOUND:RE is much more industrial, with open ceilings exposing steel beams and air conditioning ducts. The walls are mostly clean and white, like a gallery, and the floors are finished concrete. Steel girders break up the reception and dining spaces, and there are low coffee tables of dark wood in the open lobby seating area. 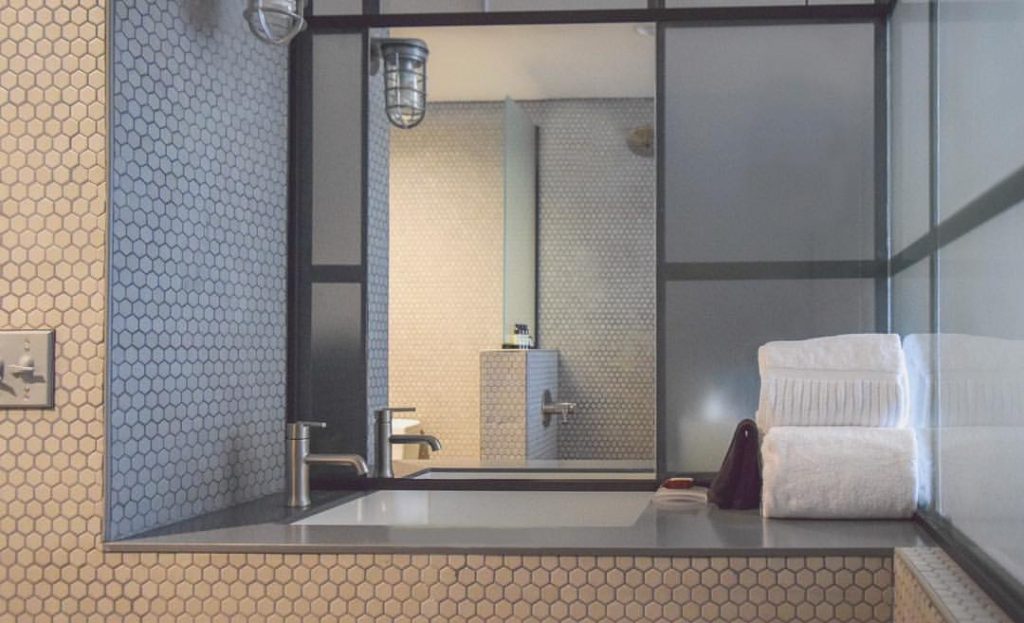 A strong reason that FOUND:RE will stand apart from other local boutique hotels is that the concept really elevates the restaurant space. “It’s almost like we built a restaurant and there happen to be rooms above it,” Executive Chef Akos Szabo laughs. Szabo takes some time away from training his new wait staff to provide a tour of the elegant and edgy Match Cuisine & Cocktails.

The concept for Match is globally inspired street food made from local ingredients whenever possible. There has yet to be such a strong dedication to locavorism (local sourcing) on the hotelier/restaurateur level in the Valley. The original goal, according to Calamur, was to source food, beverage and kitchen supplies from 60 local vendors. But they have surpassed that goal and are now gathering goods from 80 different local sources. About 80 percent of the food they will serve comes directly from Arizona growers, farmers and vendors. “The plan is to take flavors, textures and colors from around the world, but recreate them with Arizona products,” Chef Szabo says.

Planned menu items include samosas, empanadas, Moroccan meatballs and a vegan Thai salad. Curator of libations Maxwell Berlin says they soon will be adding a list of drinks to pair with their menu, as well as developing their own custom cocktails. There are eight taps in the bar, and seven of them pour local brews. They also have wine storage with around 500 bottles, 15 percent of which is Arizona wine. 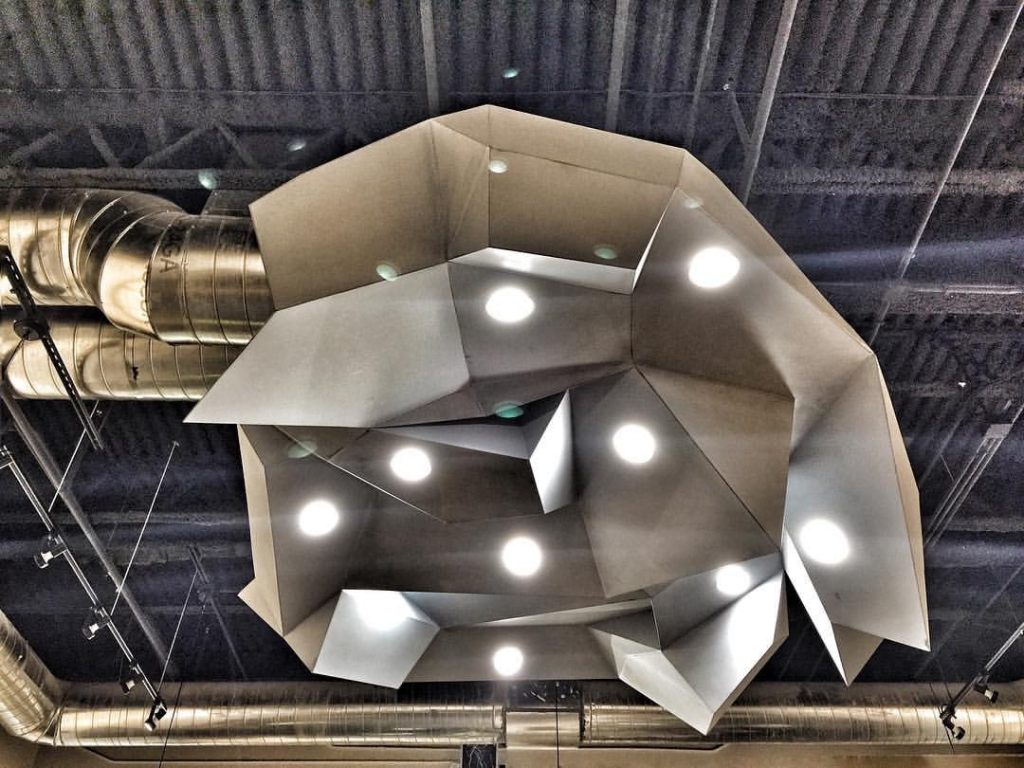 The restaurant uses a Forno Bravo wood-fired oven to prepare many of the small dishes and entrées, Chef Szabo says. The kitchen crew also cooks meats on a Santa Maria-style grill, which can be raised or lowered with a crank to control cooking temps.

In keeping with the local sourcing, the grill will use pecan, mesquite and other woods harvested from the Cottonwood area for grilling. The entire kitchen is filled with a pleasant aroma of wood and light hints of smoke from the grill. Szabo says that the key to preparing meat and other foods perfectly is finding the right heat from the flame. Many people think that the best way to grill is to let the red, yellow and orange flames lick the food, but really the best heat is from the white-hot coals at the heart of the flame, Szabo says.

One of the non-fired items on the menu is a vegan Thai-style green papaya salad. Szabo describes it as being built with shaved green papaya, cilantro, mint and the pichu berry—a round, fat yellow berry that looks like a cross between a tomato and a tomatillo, with a pleasant lightly sweet finish. “We are actually sourcing cashews for the salad from a vendor called Nutsack,” Szabo laughs. Scooptacular, an ice cream maker in Laveen, is developing custom flavors, such as bay leaf and molé ice cream. 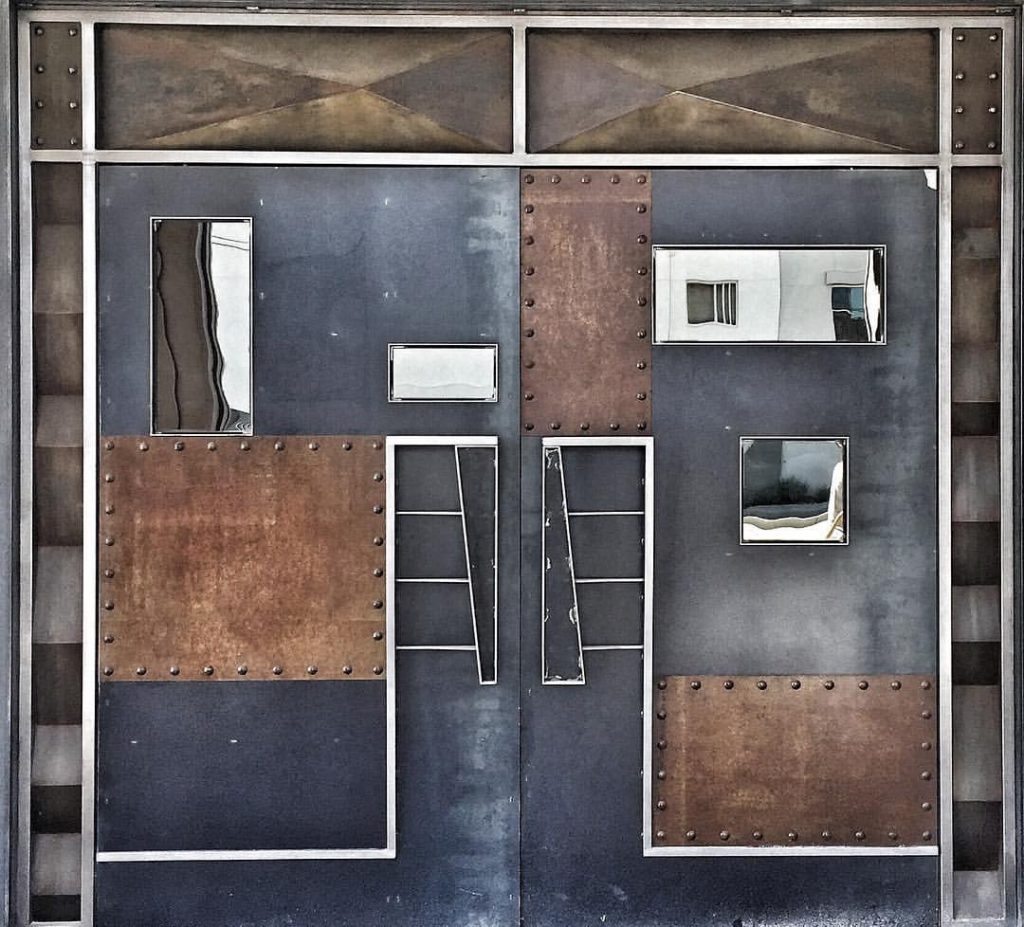 Most of the job titles for the hotel and restaurant staff begin with “curator,” so it’s no surprise that Michael Oleskow, the visionary behind programming the hotel’s many expansive art spaces, is called the Culture Curator. Oleskow recently commissioned a custom red neon sign for the exterior of the hotel, keeping with one of Arizona’s old Route 66 traditions. The sign reads “Find Yourself” and will help guide weary travelers day and night.

The walls of the galleries and rooms at FOUND:RE will showcase the paintings and photographic works of local artists, including Diego Perez, Diane Silver and Niki Woehler. “The hotel itself is a gallery,” Sprague says. “We want to be the gallery for art in this part of the world.”

A series of very large prints by local artist Linda Ingraham, featuring a young Latina woman’s face branded with items from nature and patterned artifacts, greets visitors as they enter the lobby. A brightly colored outdoor mural with tikis and cool water images by artist Lucretia Torva splashes across the Southwest end of the main building. Another outdoor mural, designed by Diego Perez, haunts the exterior—Oleskow describes it as “a dark circus meets ‘Twin Peaks’.” 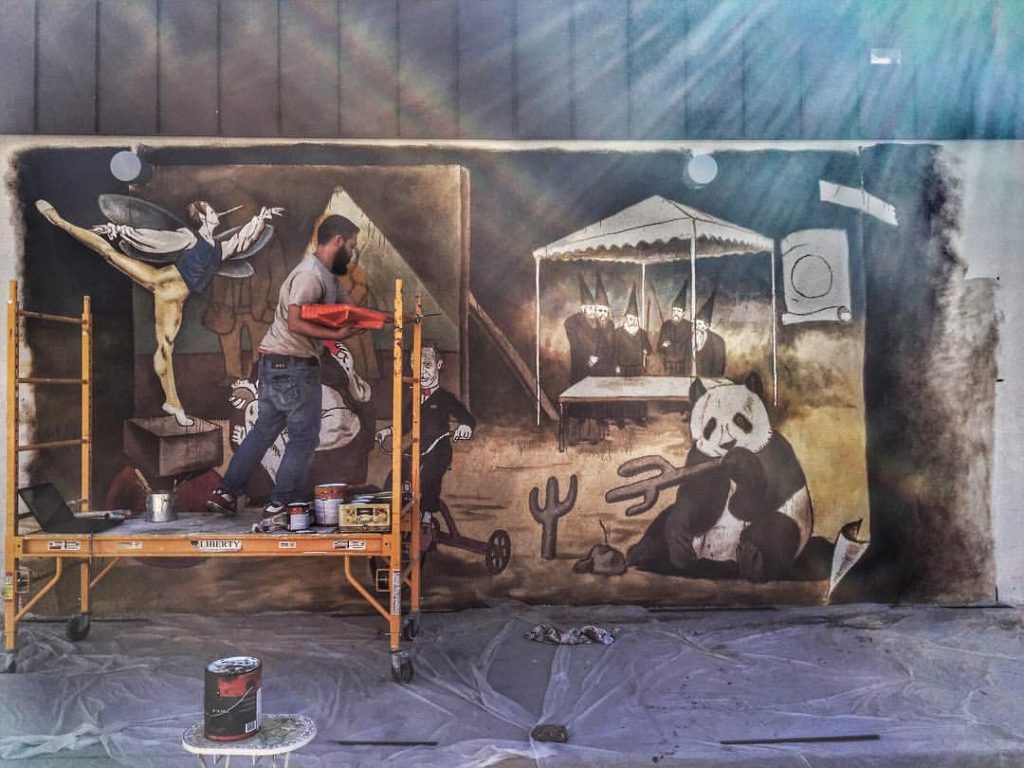 A smaller, stand-alone art space located poolside is called The Studio. It can be reserved for private dinners or meetings. The Studio will feature a solo show by one artist every month, and the public will be invited to openings on First Fridays. Oleskow explains that he plans to utilize the space for the more edgy, risqué and provocative shows—some material may be for ages 18 and older. For starters, he has invited art pal Robert Pela to curate the grand-opening show. Pela presents works by Travis Ivey, a.k.a. Hank, so it’s kind of like two different shows in one, Oleskow says.

On Central Avenue, the ground floor also features what Calamur describes as a “window box.” The space, which is about 16 feet wide by 9 feet tall, will feature changing exhibits of local artists. “It’s kind of like a creative window display in a department store in a major city—like Macy’s in New York City,” Oleskow says.

The hotel also has a larger gallery space that will be available for events. When it isn’t being rented, it will be open for visitors to peruse the work of local artists. This 2,500-square-feet gallery will have mobile art walls that can be moved out of the way for conference-style meetings. Everything from paintings to photography and other two- and three-dimensional works will be on view. For the hotel’s opening, large abstract paintings by Lawrence Kurasik and Niki Woehler will be on display.

“All of the art in the guest rooms has been done by local artists,” Calamur says. Oleskow adds, “And all of it is for sale!” He explains that the hotel will be selling giclée art prints on canvas, not just posters for guests to roll up. The full-size canvases can be shipped. 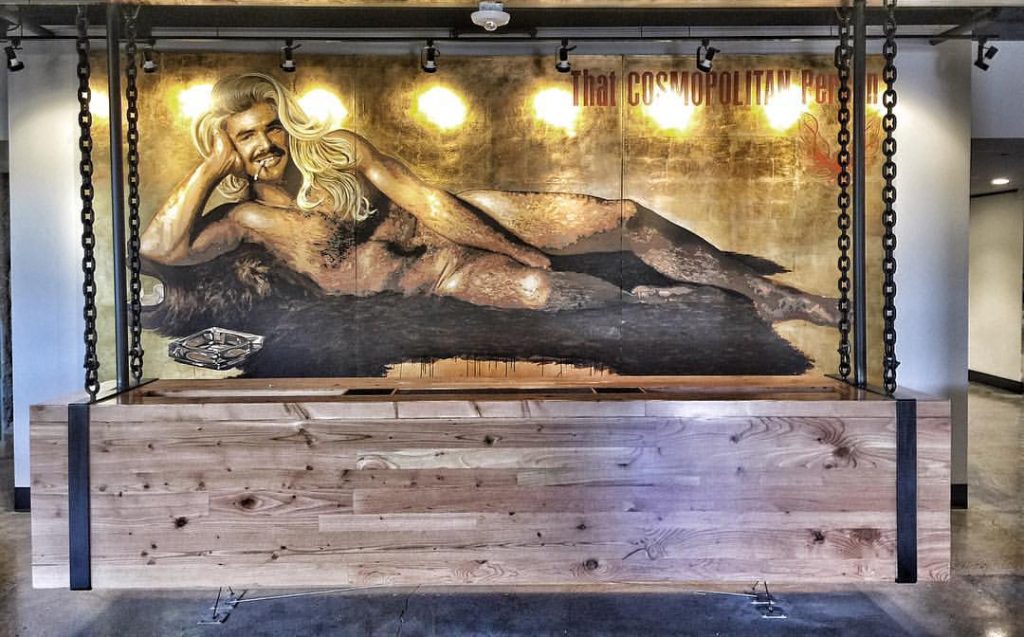 Oleskow points to a bare area of open white wall in the lobby area. This is where projectors will be mounted and video art and experimental projection will be shown to welcome guests. There is such attention to art in every detail at FOUND:RE that even the room numbers have each been handcrafted by local artist Cheryl Murine, Oleskow says. The rooms themselves are works of art that feature industrial chic handcrafted furnishings by local artisans.

Back in the main room of the restaurant, Match is doing what they call a “chef’s counter.” It’s a 21-foot-long counter with a window that opens on the kitchen. During normal business hours, some of the four-top high tables are simply nestled beside it, but this chef’s table can be rented for special events where select parties can have a more interactive experience with Chef Szabo.

Much of Match’s “street food” was designed to be shared. There will be many small dishes on the menu, and Szabo suggests the restaurant has thought hard about strategic sourcing to keep the price-point affordable. “One of our taglines is ‘not the usual’… We want to be a local hangout,” he explains. Unlike other hotel restaurants that close at 11 p.m., Match will stay open until midnight and until 1 a.m. on weekends.

In addition to its commitment to source food and other materials locally, Match has also committed to keeping the restaurant and hotel low-waste producing, with a minimal environmental footprint. They have teamed with Recycled City, a weekly compost-processing site, to pick up their compostable waste and will dedicate space for growing vegetables. 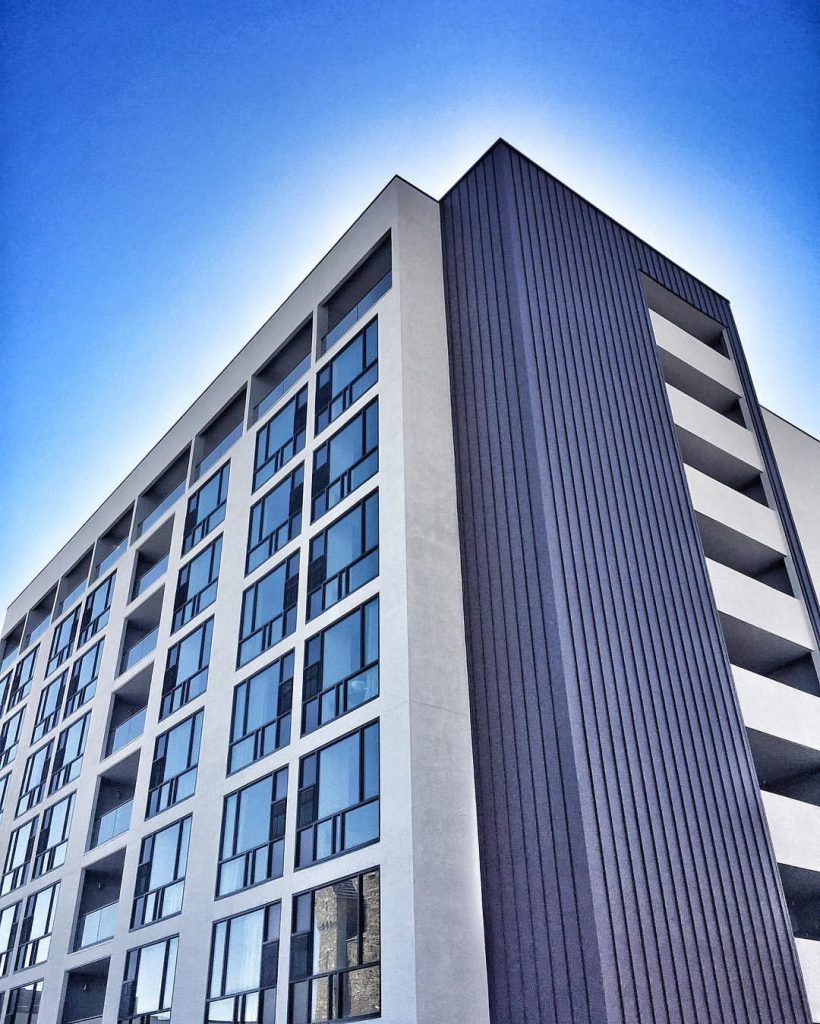 FOUND:RE and Match’s public soft-opening was Oct. 25, but other events will be taking place throughout the year. Follow Match and FOUND:RE on Facebook for upcoming events.