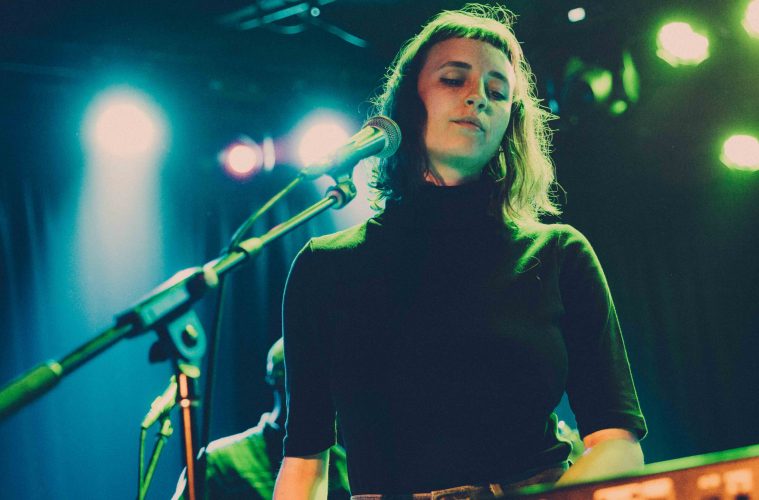 Kristina Moore: Notes from the Road 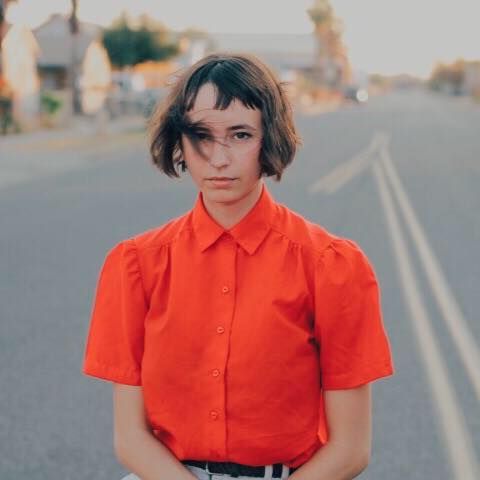 Just as snake charmers use an instrument known as a pungi to help captivate their snakes, Phoenix artist Kristina Moore uses her music – whether singing or playing guitar and keyboards – to enthrall audiences. There is a meticulous nature to her work with koleżanka, a band that more than dabbles with being dreamy, yet comes together in a way where there are no wasted notes and everything seems in its proper place

Moore’s voice is strong and beautiful, framing her captivating lyrics with a confidence that would make even the most accomplished vocalists jealous. Checking out koleżanka is both highly recommended and essential for everyone who supports music in the Valley. Joined by band mates Ark Calkins and Winter Calkins, Moore shines when she leads her own band, but is also becoming a sought-after addition for touring outfits from around the country.

Currently Moore is playing keyboard on tour with the New York City band Triathalon, which is where we caught up with her to talk about life on the road, her music and her fondness for Phoenix. 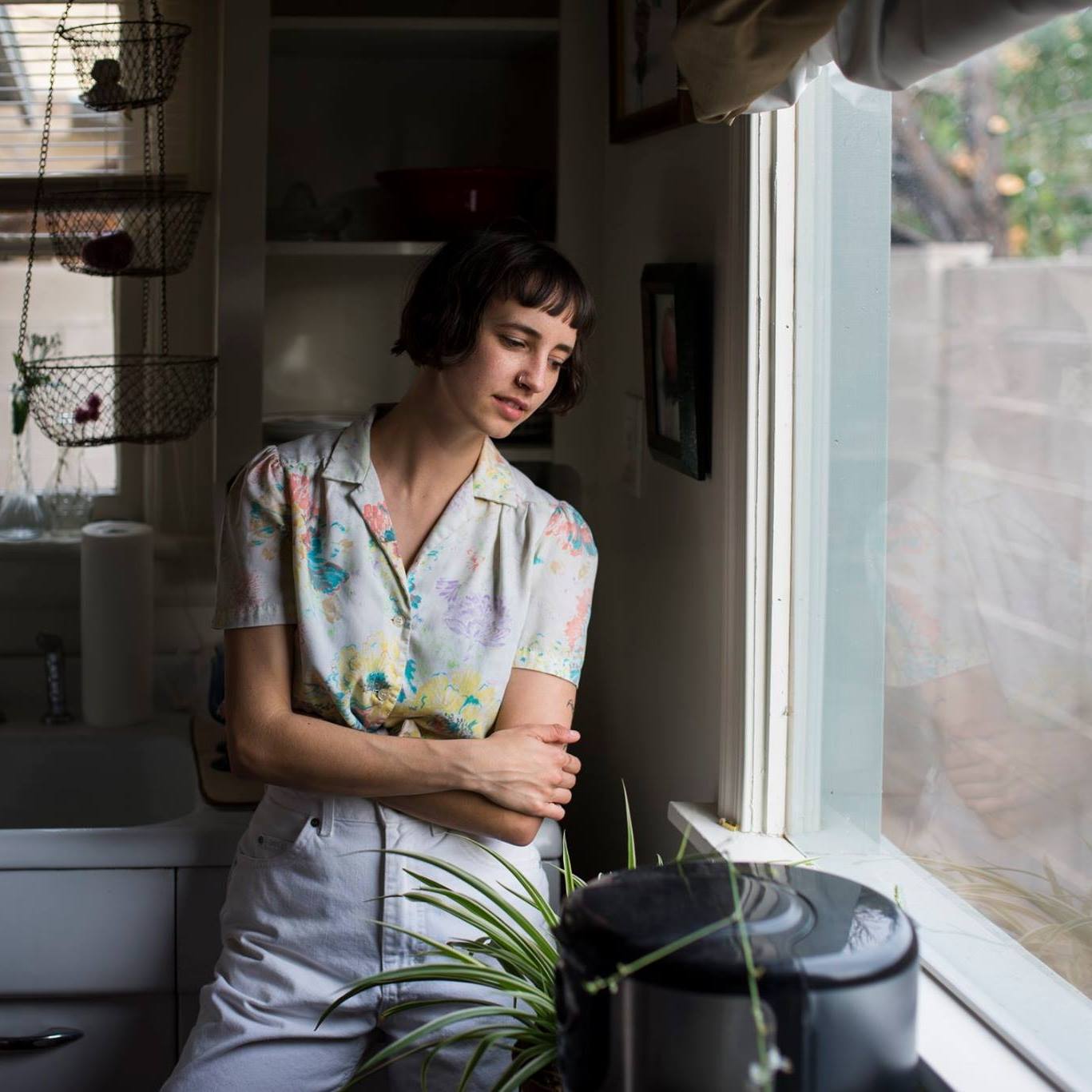 Tell me about your tour.

Tour has been phenomenal! Did the first two weeks with ROAR, which is always a pleasure. Being on the road with Triathalon has been a dream. The shows are exciting and the band is incredibly kind and so hardworking. I feel very lucky to be a part of it. We also spent the first month touring with Inner Wave (LA), which was wild (heavy emphasis on “wild”) fun. We love those guys so much.

What is your favorite part about touring?

I really just enjoy touring in its entirety. For however many weeks or months, my job is to travel around doing something I love with people I love every single night. You’re immersed in a new place with new people every day.

What about tour challenges? What makes being on the road tough for you?

Lack of sleep can get pretty severe. Sometimes you’re not packed up until 2:30 a.m. and you’ve still got to get to your sleep destination, and then leave at 9 a.m. for the next city. Also eating well can be difficult. Especially when you’re always on the go and you have no proper way to store perishable fruits and veggies.

How do you pass the down time in the van (assuming you’re in a van)?

I’m a pretty avid reader on tour. In fact, I have a problem with packing too many books and only reading about half while on the road. We obviously listen to music too, as well as podcasts. Oftentimes we just sit in silence. The drive might be the only moment you have with your thoughts. It tends to be a fairly introspective time.

Do you have a hard time explaining what you do to people, especially those who have no concept of the life of a touring musician?

I think there are a lot of wild assumptions about how we’re living, this tour in particular. Some people have asked what our tour bus is like or what nice hotel we are staying at, which is funny to hear when you slept in your van in a Walmart parking lot the previous night. Most people get it though. 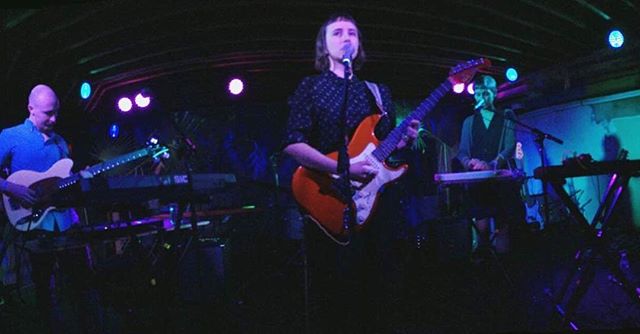 Any place that has surprised you for having great food that’s easy to find?

I am actually in Lincoln (Nebraska) now and we happened upon three really good shawarma places all on one block, all right next to where we are playing!

How did you get hooked up with Triathalon?

Pro Teens (from Phoenix) are labelmates with Triathalon and also friends of mine. So when Triathalon came through Phoenix about three years ago, we all hung out and hit it off. I stayed in touch with Adam. Every time I’d come to NYC to perform he’d joke about me playing keys. But during this last tour with ROAR in November, he hit me up and asked if I wanted to play keys for real. So I agreed, and now I’m in the lineup.

What are some other Phoenix bands/performers/artists that you are into?

So Pro Teens for sure! Definitely Nanami Ozone, I lived with them while they were coming into fruition. They’ve changed and grown so much and I’m excited to see what happens next. GABI is a favorite (and Gabi Manning herself is also a new member of koleżanka). Willetta is incredible. James Band will kick your ass live, I don’t think anyone in our city puts as much into a performance as Michael Madrid. I am super stoked on Tatiana Crespo and Las Chollas Peligrosas right now. As a fellow accordion player it’s tight to see another woman shred the squeeze box. Dovi (formerly Blush) is also a new love of mine and I’m excited to hear some recordings from them. The illusive band Hiccups always blows my mind, I think Chaz is such an innovative songwriter. Honestly I could go on and on, I think Phoenix is a musical goldmine.

What are your favorite venues to play? How about places to see and find art in town? Favorite restaurants or places to hang out when home?

I really love playing at Valley Bar. The sound is good and a bunch of friends work there so it always feels comfortable. I’m definitely either at Gracie’s or Lost Leaf on any given night. Lola is probably my favorite coffee spot to post up at. I like to take myself out on dates to Cibo or Gallo Blanco or Welcome Diner. And I hit up La Frontera for tacos as often as possible. I also just like walking or biking downtown. Sometimes on a weekend night I’ll walk aimlessly around downtown for hours. But probably still end up at Lost Leaf for last call.

What are your thoughts about the current state of the music scene here?

I’m really excited for Phoenix, I think it’s in a really good place. There’s a lot going on that spans between a generation of veteran Phoenix musicians and young newcomers, and I believe we’re very lucky in that our scene is more supportive, collaborative and familial than it is competitive or cutthroat. I’ve been stoked to see some diversity and more opportunity in when and where music can be seen, especially after hours. And also, shout out to communities like the Tempe house show scene and DIY all-ages spaces, most notably The Trunk Space, for fighting through adversity and providing places for all kinds of music and art to thrive. I don’t think we’d have half of what we have if it wasn’t for their hard work and perseverance.

On the subject of tunes, how you got into playing music? First instrument, first band?

I took piano lessons when I was young, about eight. I did that for a year or two. My grandparents had a field recorder and I’d sing melodies into it as early as then. I remember the first song I ever wrote was a girl power anthem inspired by the Spice Girls and Dream. I tried to start a band with some elementary school friends. It definitely didn’t happen. I just always had music in my head. I was writing a lot on piano back then as well. I sang in an adult Catholic church choir quite young and learned a lot about how to use my voice there. I got kicked out of a punk band in middle school for being a girl. I was in a band in high school for a few years. Then Finding Grampa’s Monsters was the first band I played in that reached the Phoenix scene. I was playing accordion, autoharp and glockenspiel. When I moved back from Omaha in 2011, I started Where Are All the Buffalo? That project took many shapes and names over the past few years. 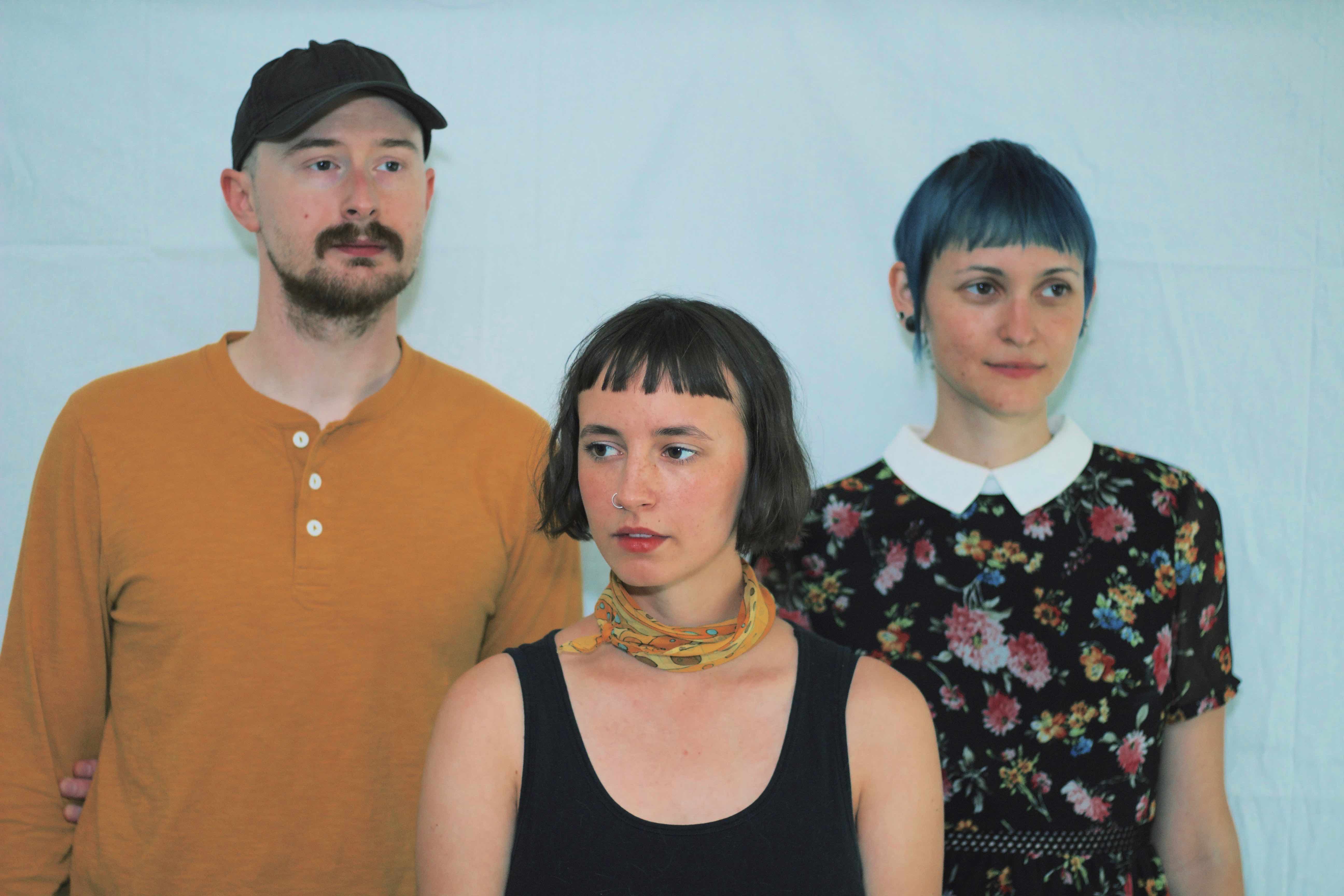 How would you describe koleżanka? What are your goals with the project?

I would characterize koleżanka as dream pop, I guess. Trying to lock down a genre feels so convoluted. I like to explore a lot of space and texture in this project. It was also the first time I was writing guitar, so a lot of the music served as a learning platform. My only goal with koleżanka is to have a outlet to continue learning and to challenge myself while creating.

What do you look for in collaborators?

Previous to this year, it was rare that I found myself writing with others. Most of the music I’ve made has been composed on my own. But lately I’ve been working more with my bandmates to write our songs, and it’s been rewarding. With collaboration, like in any relationship, one must be humble enough to pull back while being comfortable enough to lean in. Communication is key. I think the one thing I have no patience for is a big ego. My bandmates, Arkie and Winter, are exceptional musicians with brilliant ideas. But our objective is never to outshine one another. We work as a team, and I could have it no other way. Having Gabi join feels so natural. They are all great communicators with great ideas. I’ve surrounded myself with a ton of like-minded musicians and artists who believe in others’ work as much as their own. We all work to uplift each other.

What can people here in Phoenix see/hear you doing in the near future?

When I get back from this tour I’d like to jump right into recording some new material. I’m also excited to get our live set together, as Arkie transitions to live drums and Gabi hops on bass.

I guess it’s prudent to mention that I’m moving to New York City this fall, so I’m going to try and enjoy my time in Phoenix, play some shows and get something released before I head Eastward. 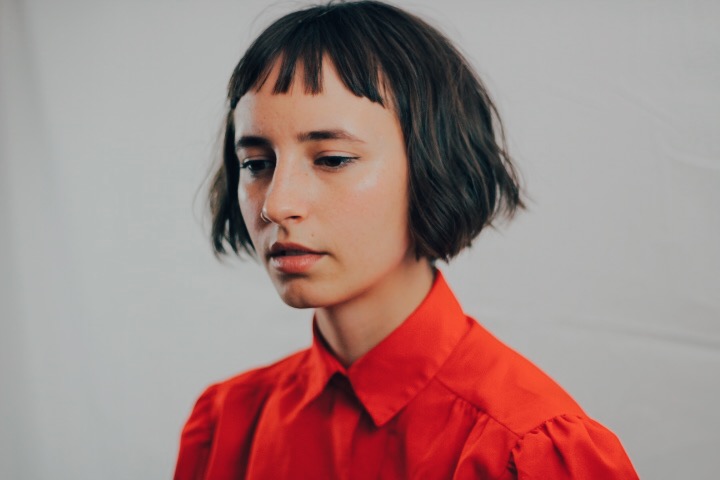