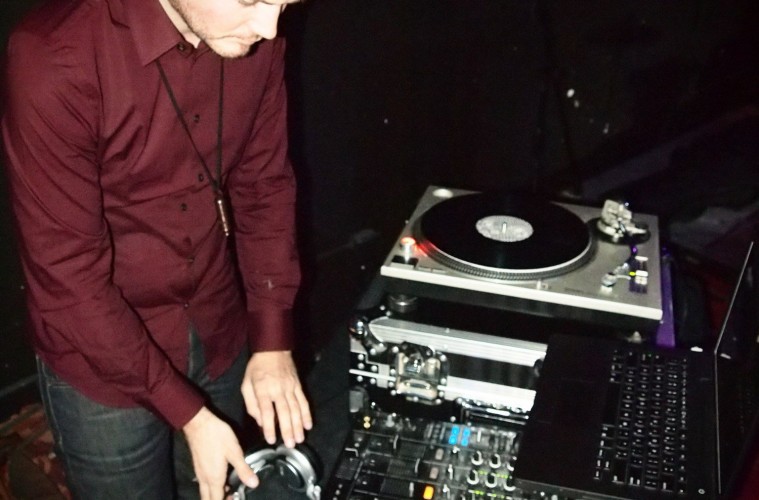 Phoenix has had an active and often ambitious music scene for at least the last half century. Fortunately for music fans, there is plenty going on in the Valley of the Sun these days with both live and recorded music. We are privileged to have a lot of great bands, exciting venues and, seemingly for the first time in a while, a number of cool record labels that are documenting the scene.

From James Fella’s Tempe-based Gilgongo Records and Rob Locker’s AZPX Records in South Scottsdale, who have both been at it for over a decade, to Jeremiah Gratza’s President Gator and the newest kid on the block, Thomas Lopez and his Slope Records—the underground, independent, punk and noise world is very well covered by these interesting dudes with a penchant for putting out some of the most listenable music their genres have to offer.
We decided to spend a little time with the folks in charge and see what brought them into the world of releasing records, which is one of the most expensive and often least lucrative forms of non-traditional gambling a person can get into. 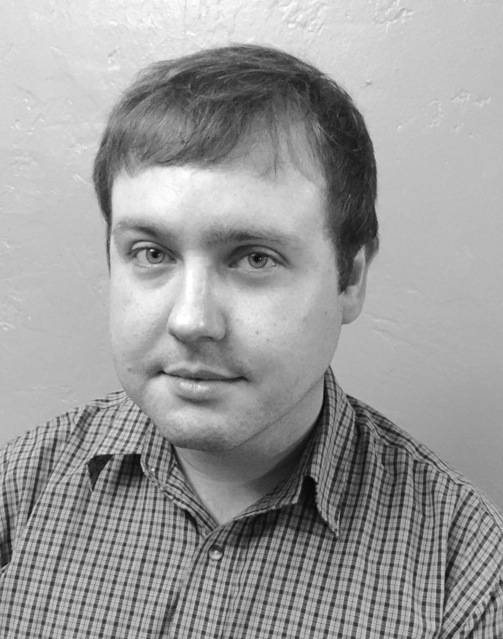 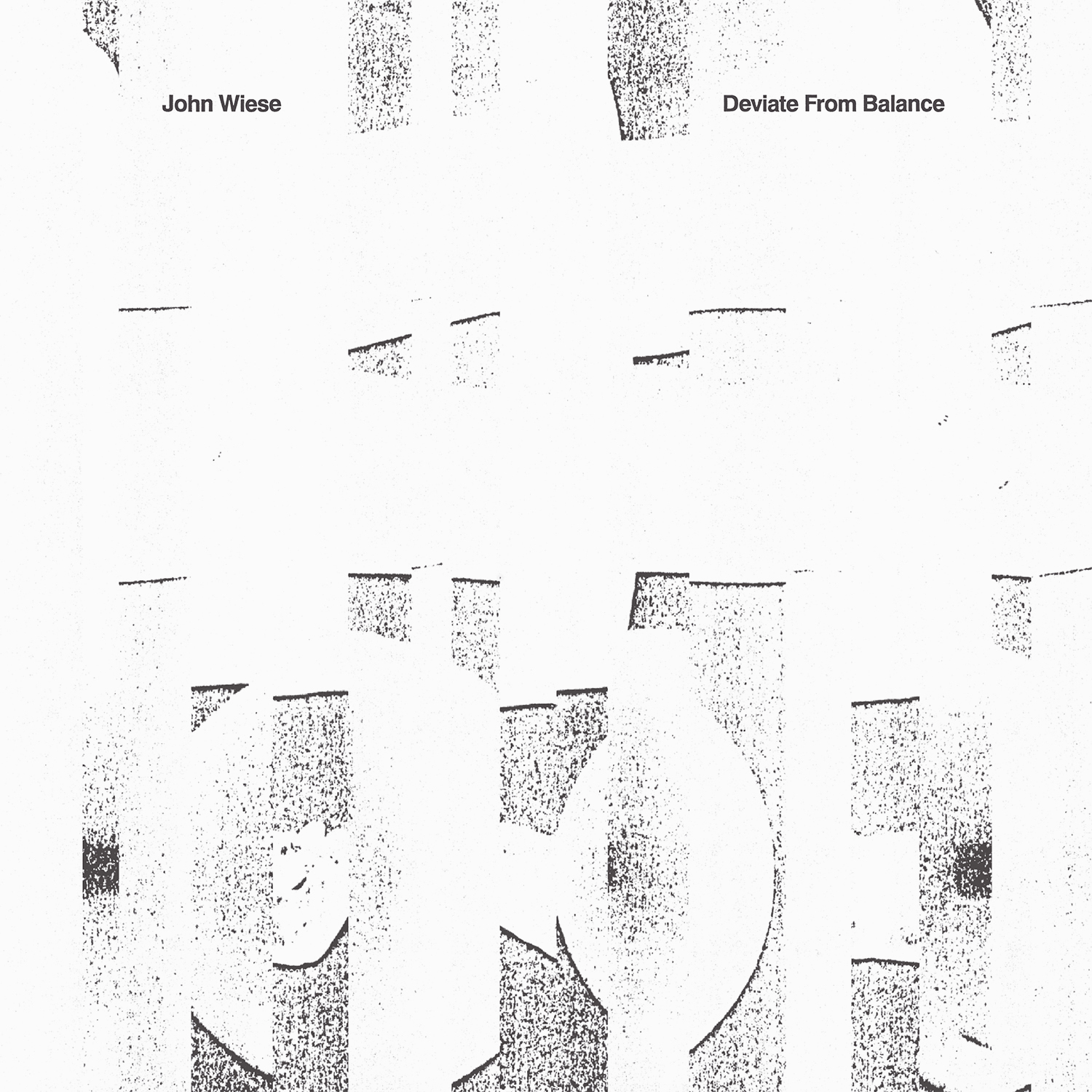 Gilgongo Records is supremely interesting. Their diversity of music is one of their greatest strengths, and founder James Fella has an amazing ear for great tunes. The label is supports itself financially, and Fella operates it in the spirit of every great non-profit, by sinking any proceeds back into the business so he can continue to put out more and more music.

When did Gilgongo start?
About 11 years ago!

How many releases have you had, and what format do you prefer to work with?
We are currently at about 85 proper catalog releases, but do occasional releases that are not part of that “main” discography, if that makes sense—so more like 115 or so in total. Mostly records, some CDs at times and occasionally lathe-cut records, as well.

How do you go about selecting the bands you work with?
I have been fortunate to have artists whom I respect very much reach out to me with ideas for releases. Though that’s not to say that I don’t go out on a limb here and there and try to convince someone to work with me.

What inspired you to start Gilgongo?
I had always wanted to release records. There was a gigantic punk community in central New Jersey [where Fella grew up] that was all about DIY, self-expression, et cetera. Small labels and even bands doing their own records was very common, and the only thing keeping me from doing that at the time was that I was maybe 13 or 14 and obviously lacked the resources. So by the time I was 20 and had regular work, I jumped into releasing records as quickly as possible.

What does the name of the label mean?
“Gilgongo” is a fictional word but synonymous for “extinct,” and it comes from Kurt Vonnegut’s Breakfast of Champions (1973).

What would be your dream release?
In reality, having been privileged enough to release the most recent John Wiese full length, Deviate From Balance, was a bit of a dream. I have worked with him a lot [Gilgongo has done seven releases for Weise’s project “Sissy Spacek”], but this was the first time we did a solo release.

What’s coming up for Gilgongo?
We are in a bit of a dull period at the moment because of how long the turn time is with [vinyl] pressing plants right now. Here is the plan for the rest of 2016: Filthy Grin (Vancouver) LP, Mia Loucks’ Sister Honey Demos LP, Soft Shoulder LP. 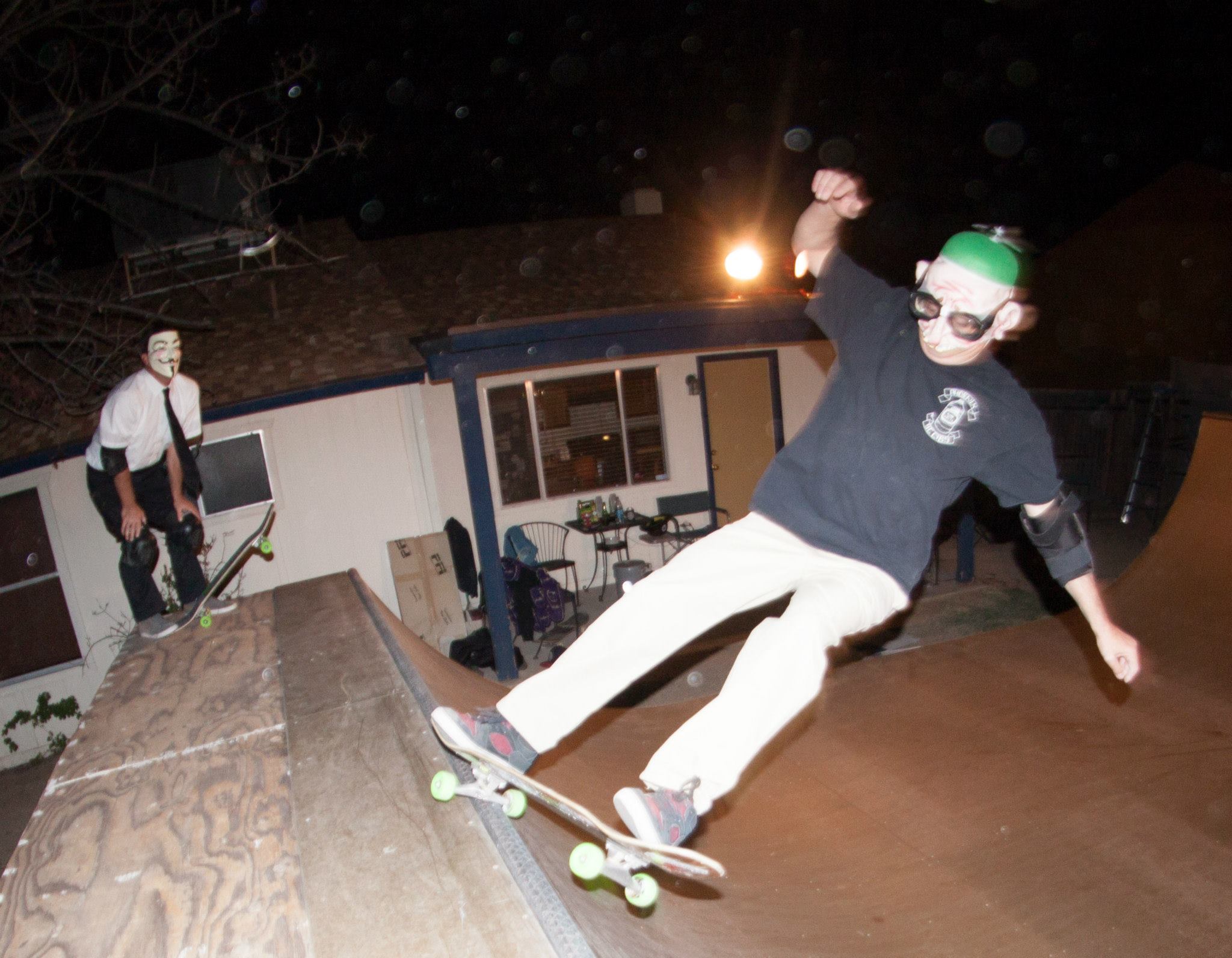 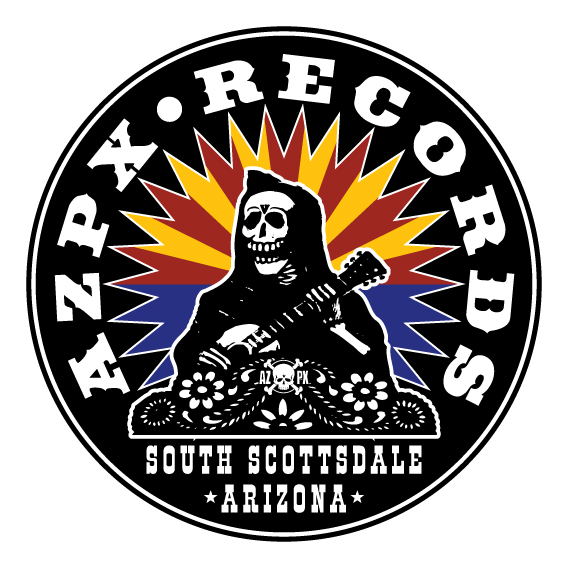 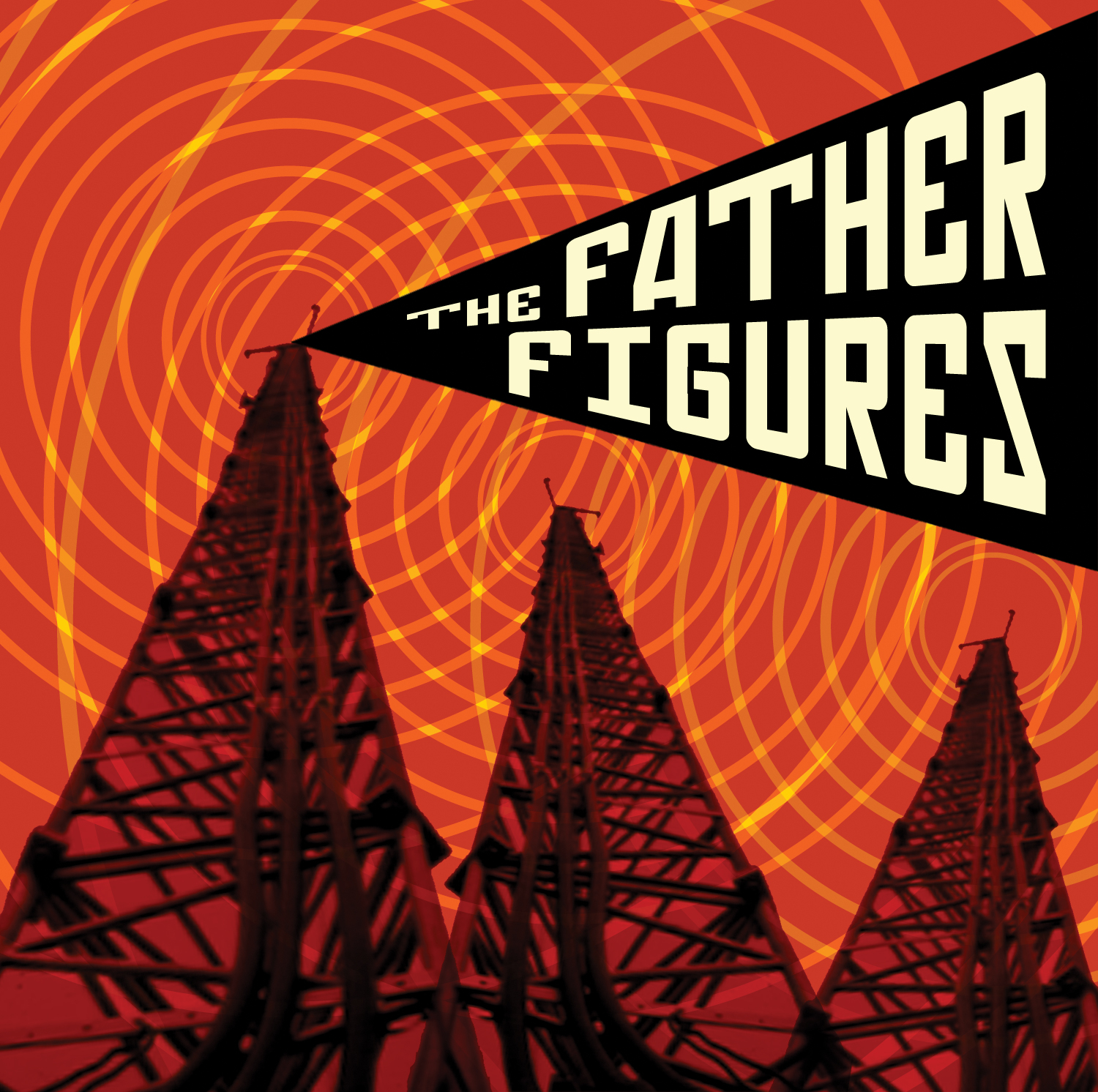 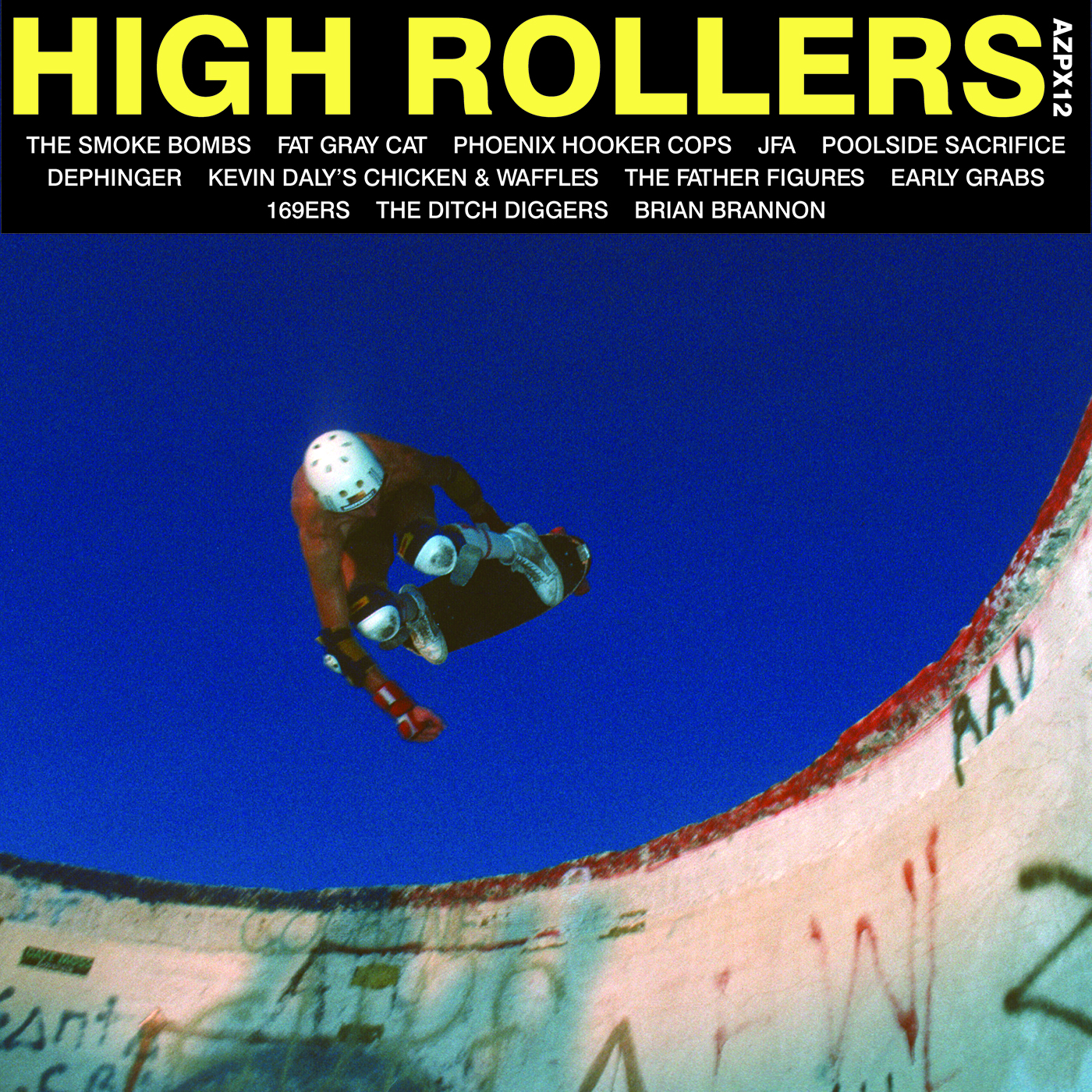 AZPX is a labor of love for Rob Locker and an offshoot of his AZPX Skateboards company, which has issued somewhere around 10,000 skateboards over the last 13 years. The label began in 2003 and is very much rooted in the DIY culture. It requires a level of commitment from the artists, as well, to both music and skateboarding, in some form or another.

How many records have you released?
Officially we have 12 published recorded documents of local AZ music, in various formats. Our first release being the only re-issue from the early eighties AZ punk scene. [This release, Junior Achievement’s Fade to Black CD, remastered with bonus live tracks, was done while Thomas Lopez of Slope Records was still a partner in AZPX and with the aid of Scooter Buell, who founded Malt Soda Records.]

How do you choose bands to work with?
First and foremost, I’ve got to be a fan of the band. I am not after a certain sound, look or scene. I am a fan of (almost) all genres of music and prefer to keep the bands on my label as diverse as possible, but with that skateboarder mentality, attitude and DIY sensibility. Even if you are not a skateboarder, those are the qualities I look for.

What labels are you a fan of and been inspired by?
Obviously, I am a huge Placebo Records fan. Phoenix was way different back then. If you lived here, there was a certain sense of isolation, even if you were in the middle of the city. To discover that a record label in my hometown was making incredible music that the rest of the country was checking out was real eye-opening. It taught me the DIY ethos.

What is upcoming for AZPX?
We have a full-length Dephinger 12″ vinyl release coming down the tubes. My studio project, the Ditch Diggers, is about to release a song with guest vocalist Brian Brannon [from legendary Phoenix punk band JFA].. Poolside Sacrifice has recorded some songs, but they are too busy skateboarding to finish up.

Dream release?
I already did my dream release with High Rollers [AZPX12], a 12″ vinyl tribute to the Placebo Records compilations that had a huge influence on me. The AZPX Cooperative really pulled together on that one to make it something I am really proud of. If I could only get off my ass and market it. Been too busy skateboarding. Side note: Mike Watt, if you read this, get a hold of me. 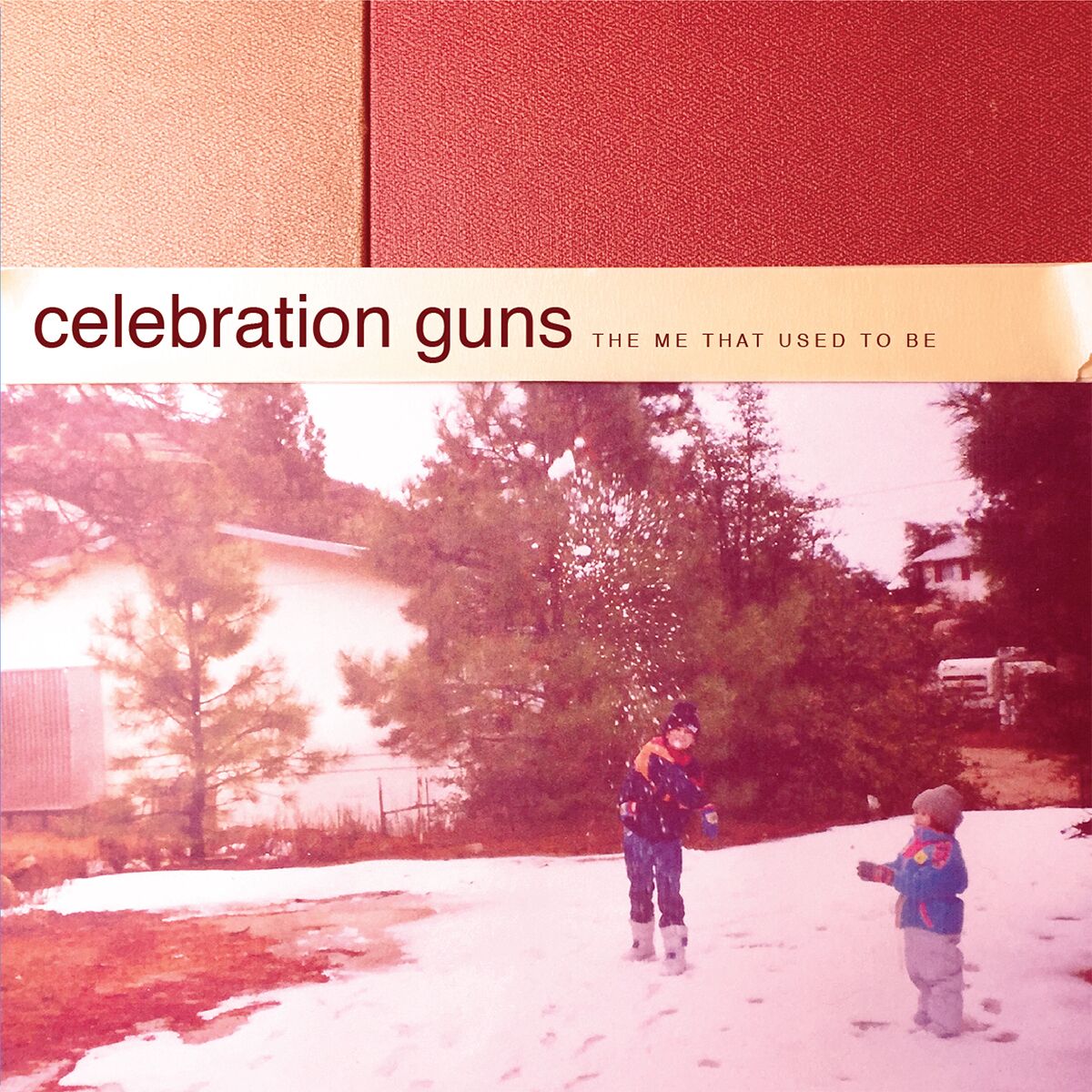 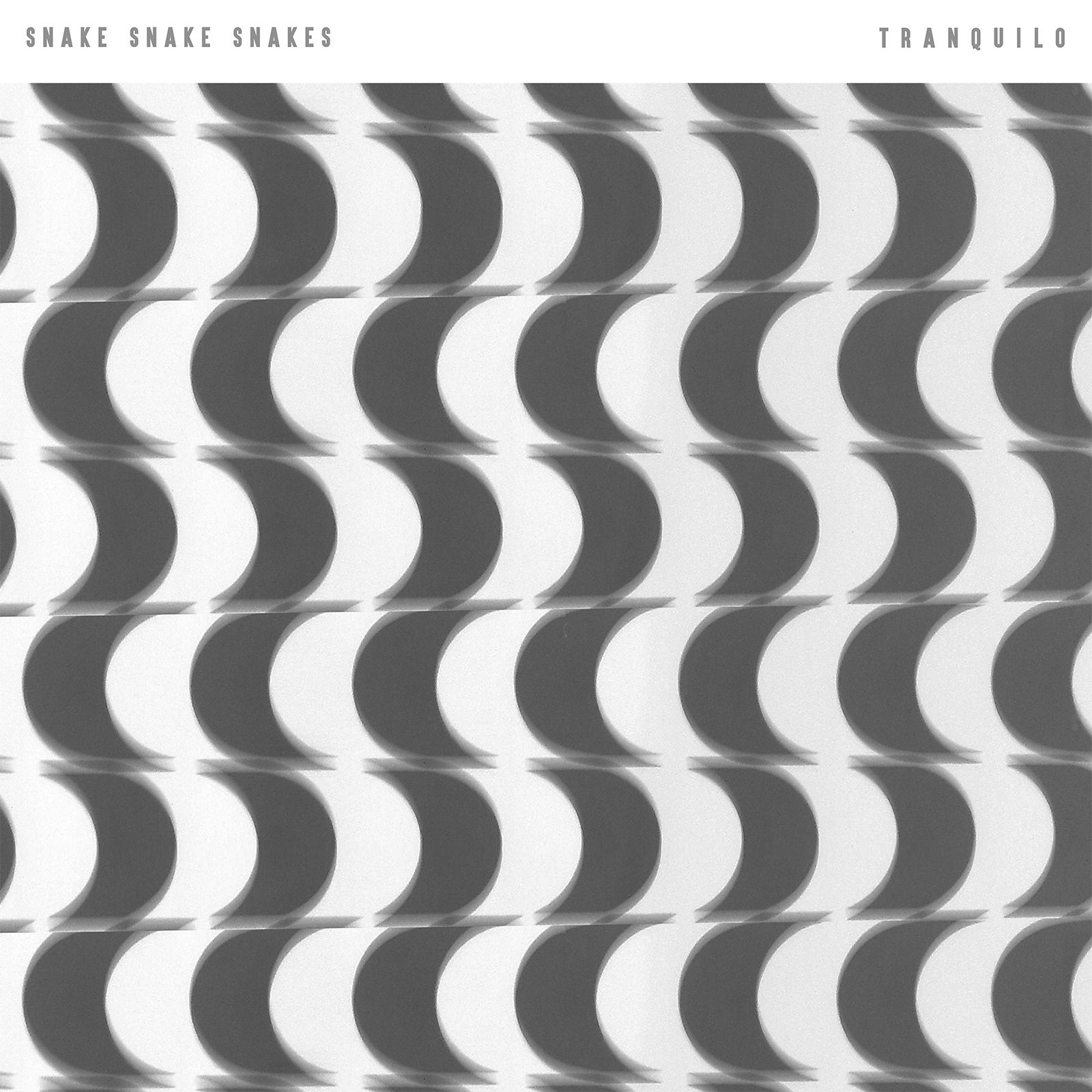 In 2012, Jeremiah Gratza decided to start President Gator as a way to showcase the best and brightest Arizona has to offer the music world. President Gator considers itself to be a boutique label, specializing in limited-edition vinyl records.

What inspired you to start President Gator?
When I started the record label, there were a lot of bands that I really liked and wanted to help out, more than just putting them on shows. So I decided to put my money where my mouth was and put out two split 7″s for Bogan Via/Miniature Tigers and Gospel Claws/ROAR.

What made you decide to go all vinyl?
I guess my love for the medium. I love the way they sound, and that they can come in different shapes and sizes.

Are there any labels that you have modeled yourself after for any particular reason?
I guess I really like Beggars Group. They are the parent company to 4AD, Matador, Rough Trade, XL and Young Turks. I think they are really innovative and put out great cutting-edge music. I also love how they have grown, yet remain independent since the ’70s!

How do you go about selecting bands to release material from?
It’s 100% based on what I like.

What do you have coming up?
I just released a 10″ EP for Celebration Guns and have a 12″ LP for Snake! Snake! Snakes! coming out in April. 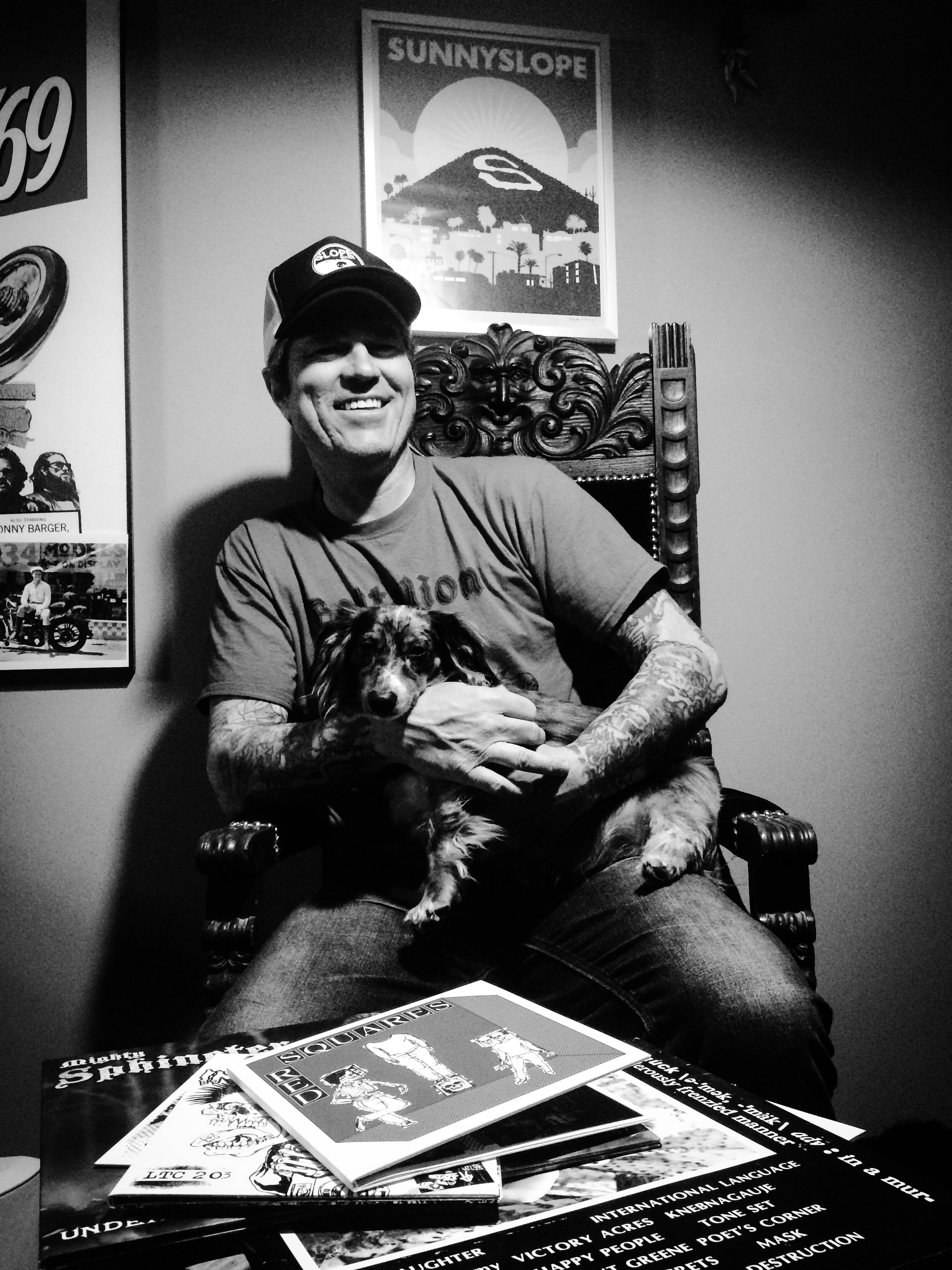 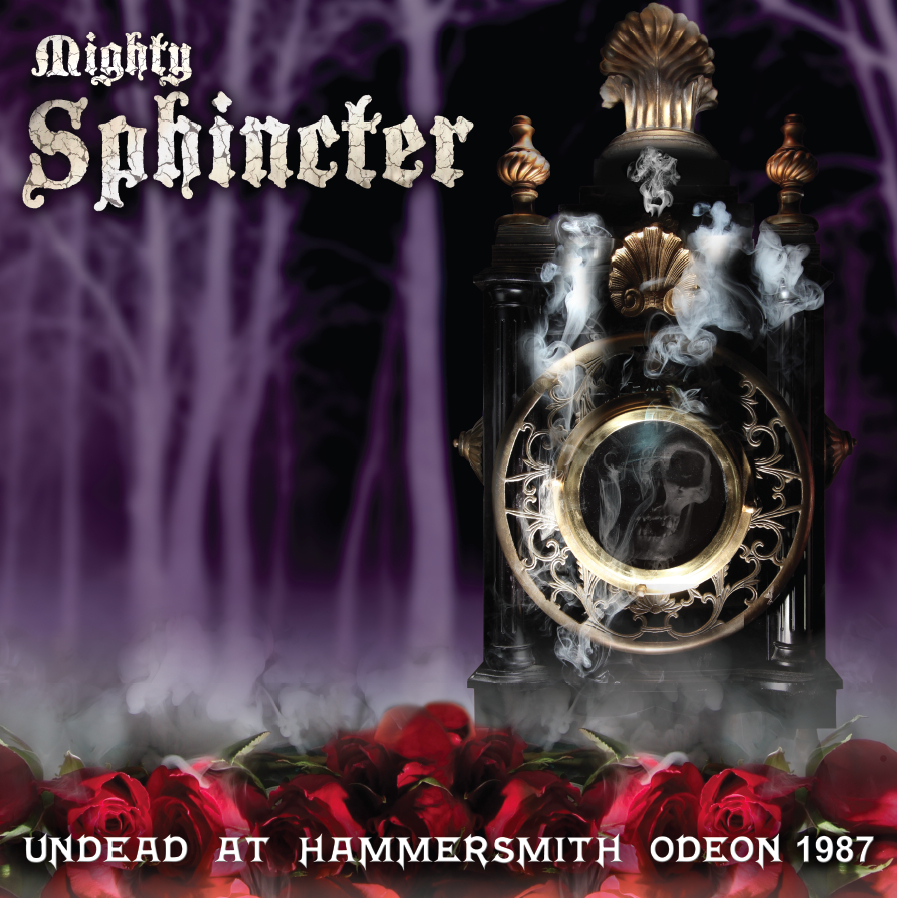 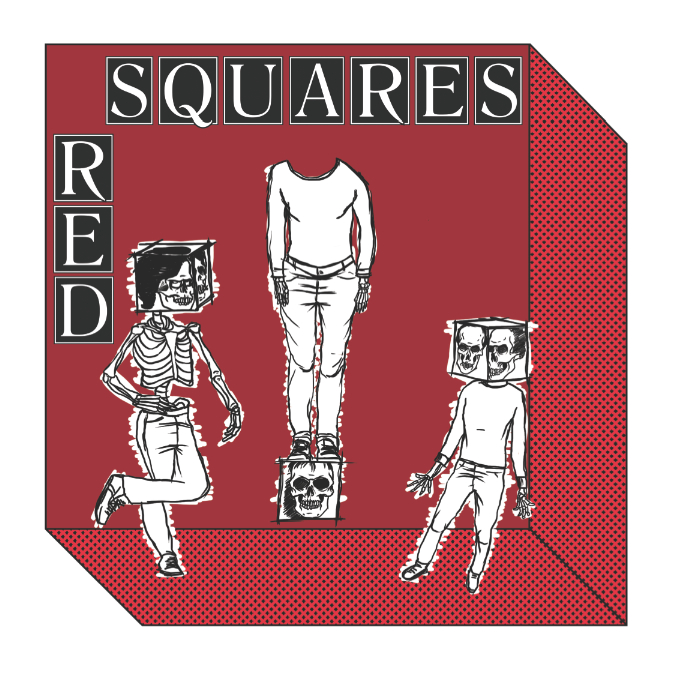 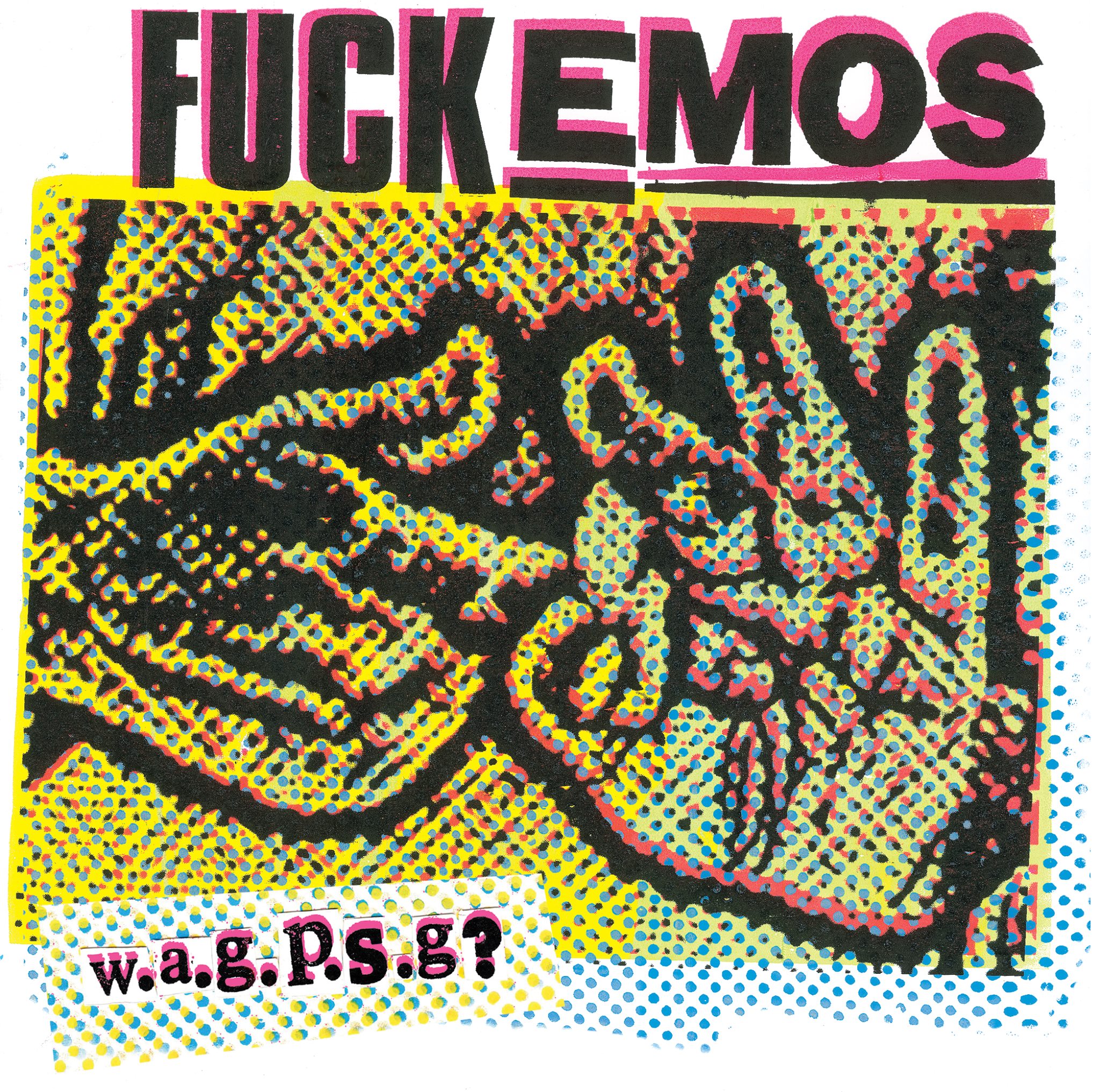 Thomas Lopez loves punk rock music, and like his label-running peers, he’s channeling his energy and money into documenting the rich Phoenix music scene (as well as Tucson and a growing list of national bands) in a way that both casual fans and avid collectors will love. The quality of his packaging is top notch. As the label matures, Lopez will join his peers Fella, Locker and Gratza to help make our spot on the international music map that much larger.

How did Slope Records come about?
I’ve always wanted to start my own record label, since I was a young kid growing up in the Phoenix punk scene trading tapes, and now is my time.

How many releases have you had so far?
Currently I have eight releases in stock and 12 in production, many of which are about to be released.

How do you choose bands to work with?
I like to mix a little of the past from Arizona (and other states), and offer current bands too. But I purposely choose bands that are different from each other to keep the label interesting. And of course I have to like the music or the artist, as well.

Tell us about some of the upcoming releases.
The eXterminators go into the studio in April to record a full-length of their original songs from 40 years ago with lineup Dan Clark (Victory Acres/The Feederz), Doug Clark (Mighty Sphincter), Don Bolles (The Germs) and Cris Kirkwood (Meat Puppets), Feederz Live at the Star System (1980) full-length LP. The Christian Family, a killer Phoenix duo of garage, is getting a four-song, 7″ EP.

What labels do you look at and go, “I would like to be like them?”
Placebo Records from right here in Phoenix had the most influence on me. The first compilation, Amuck, still holds up and makes more sense to me now than it did when it was released.

Dream release?
A re-issue of the classic Placebo Records compilations Amuck and This Is Phoenix Not the Circle Jerks, as well as re-releasing the infamous Jesus 7″ by the Feederz.